Another thing also set Blue Note apart: its lack of interest in vocalists. While singers like Dinah Washington, Ella Fitzgerald, and Nat King Cole scored chart hits during the 1940s and ’50s, Wolff and his partner, Alfred Lion, stuck almost exclusively to small, male-dominated combos. It wasn’t until 1962 -- 23 years after the label debuted -- that Wolff and Lion signed the obscure Dodo Greene, who recorded just one album. Sheila Jordan joined the label the same year, at the urging of composer George Russell, but her success with Portrait of Sheila didn’t open any flood gates. Jordan, too, left the label after just one release.

It wasn’t until the rebirth of the label, under Bruce Lundvall in 1985, that Blue Note began to record singers with any regularity, and began to gain notice for it with impressive recordings by Eliane Elias, Kurt Elling, and Cassandra Wilson. The runaway success of Norah Jones’s debut recording in 2002 changed everything. Suddenly, Blue Note was the label where singers -- as diverse as Al Green and Van Morrison -- wanted to be. Even so, since producer Don Was assumed control of the label in 2012, Blue Note hasn’t had another singer to rival Jones, but it has pinned a lot of hope on Nashville native Kandace Springs.

With a bounteous afro to rival Esperanza Spalding’s, the 31-year-old Springs has a soulful retro vibe, which is reinforced here, on her third Blue Note album, with her choice of Lauryn Hill, Sade, and Roberta Flack among the singers to whom she pays tribute.

To be clear, The Women Who Raised Me is more about inspiration than imitation. Springs, who has a gorgeous tone and a weightless, elastic sense of rhythm, sounds little like any of the 12 women feted here. That point is driven home in a highly unusual duet with Norah Jones on “Angel Eyes,” which pays tribute to Ella Fitzgerald. Jones begins the song, accompanying herself on piano, and then hands off to Springs, who plays a Wurlitzer electric keyboard. It’s a fascinating gambit, and it plays to both Springs’s highly textured voice and Jones’s singular tone. If this was a bebop-era cutting contest, you’d have to declare Springs the winner. While Jones has an immediately identifiable voice, Springs carries an entire band in her larynx. 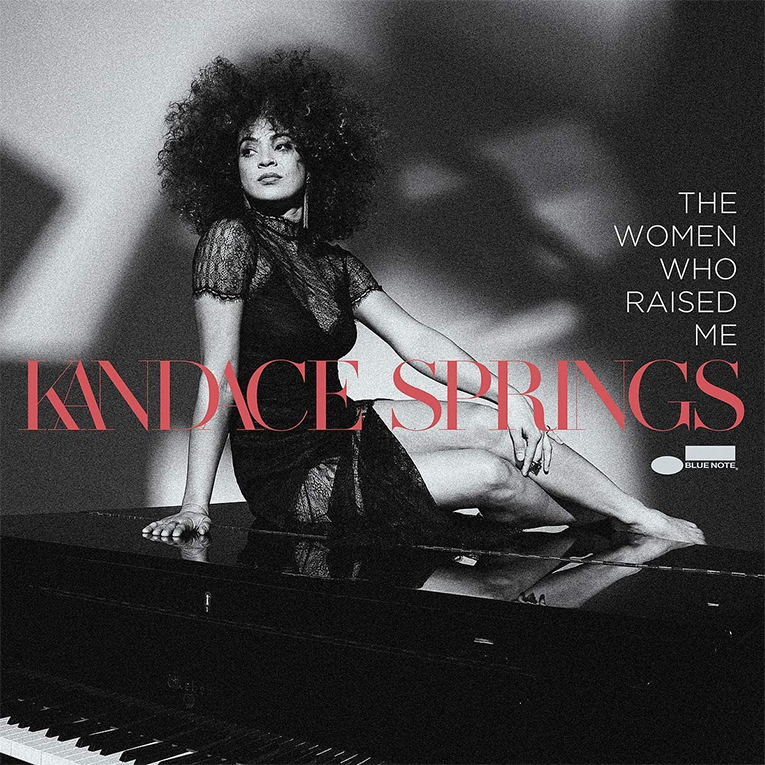 Jones herself is the inspiration for “The Nearness of You,” which appeared on her multi-platinum debut album, but it’s not the best choice for Springs because the power of her voice doesn’t lend itself well to intimacy. That’s not the worst thing to say about a vocalist, and the song does serve as a showcase for her exceptional technique.

Technique plays against Springs on “I Can’t Make You Love Me,” which many fans consider Bonnie Raitt’s finest recorded performance. In the blues singer and guitarist’s hands, the song was a stark, aching statement of regret -- tinged with pride but suffused with failure. Springs sounds like she’s performing it; Raitt sounded like she was living it. But while it doesn’t approach the original, the performance does include beautiful accompaniment by Israeli trumpeter Avishai Cohen, who’s not shy about his love for Miles Davis in the way he phrases here.

Cohen appears again on a cover of Sade’s “Pearls,” but the guest star who steals the spotlight on The Women Who Raised Me is saxophonist Chris Potter, who reprises Stan Getz’s role on a version of Astrud Gilberto’s “Gentle Rain” and plays heartbreakingly on “Solitude,” inspired by Carmen McRae.

Springs closes the album with two bare-boned ballads: “Strange Fruit,” the art song forever linked to Billie Holiday, and “Killing Me Softly With His Song,” the Charles Fox/Norman Gimbel song best associated with Flack. While Springs’s voice glows on the former, it’s her dramatic piano accompaniment that carries the performance. On “Killing Me Softly With His Song,” Springs spares none of her signature vocal techniques, including perhaps the most impressive melisma since Whitney Houston.

Produced by veteran Larry Klein, who never fails to get great performances from singers, and engineered primarily by Adam Greenspan, The Women Who Raised Me is a beautifully detailed showcase for Springs’s voice.

While Blue Note may have once been reluctant to bring singers into the studio, with Springs it manages to shine a light on a dozen vocal stars, issuing an invitation to dig into their individual canons to find the kind of inspiration that Springs did.