As a university student he learned about harmony from the under-appreciated polymath guitarist Johnny Smith, an artist who spanned everything from hillbilly music to symphonic works.

A shy man with a penchant for self-deprecation, Frisell moved to New York City in the early ’80s and found an outlet for his imagination on the so-called Downtown Scene, where artists like John Zorn, Elliott Sharp, and Tim Berne were experimenting with volume, time, and extended instrumental techniques. Much as trumpeter Kenny Wheeler had done in London a decade earlier, Frisell discovered his own penchant for making a big noise in spite of being a quiet person. The fact that a lot of fans discovered the guitarist during this period -- on albums like Smash & Scatteration (1985) with Vernon Reid, The Big Gundown (1986) with Zorn, and Fulton Street Maul (1987) with Berne -- led many to believe that Frisell was an avant-gardist who had little interest in acoustic music.

Even after he relocated to Seattle in 1988, he continued to plumb a wide range of styles, achieving a pinnacle of creativity with two albums of music written to accompany silent films by Buster Keaton, and Have a Little Faith (1992), a stunningly original album that included interpretations of music by Muddy Waters, Madonna, Charles Ives, Aaron Copland, Sonny Rollins, and Bob Dylan.

So entrenched was he in his wholly original approach to electronic music, which included layers of tape loops and reverberation, that no one realized that he was finding his own way into music that spoke to him, and that much of that music was from the twisted roots of what is broadly called Americana. I remember being taken aback when Frisell told me that he seldom played electric guitar at home; he was much more likely to pick up an acoustic and explore music he had first discovered through his studies with Smith.

A lot of commentators saw Nashville as just another of Frisell’s experiments, when in fact it was more of a turning point.

Around the time of Nashville, I asked Frisell if he ever considered recording with some of the proponents of Americana like Emmylou Harris or Lucinda Williams. In his typical manner, he replied that he was sure that none of the popular singers in that genre had any idea of who he was.

Perhaps Frisell was just being Frisell, and offers were already pouring in. Whatever the case, in 2002 he popped up on one track of Norah Jones’s blockbuster debut album, Come Away With Me, and from there it has seemed like he was the darling of the Americana movement, performing and recording with artists like Buddy Miller, Joe Henry, and, yes, Lucinda Williams.

Ironically, one of the most important Americana artists who Frisell has collaborated with -- singer Petra Haden -- came to him through jazz connections. Before she had a career of her own, and with her triplet sisters, Haden was known to him as the daughter of bassist Charlie Haden. The connection was a natural one, since Charlie Haden’s introduction to music as a child was through his family’s country band. Like Frisell, the bassist’s initial love of American folk music was obscured by his important role in the free jazz movement pioneered by saxophonist Ornette Coleman. 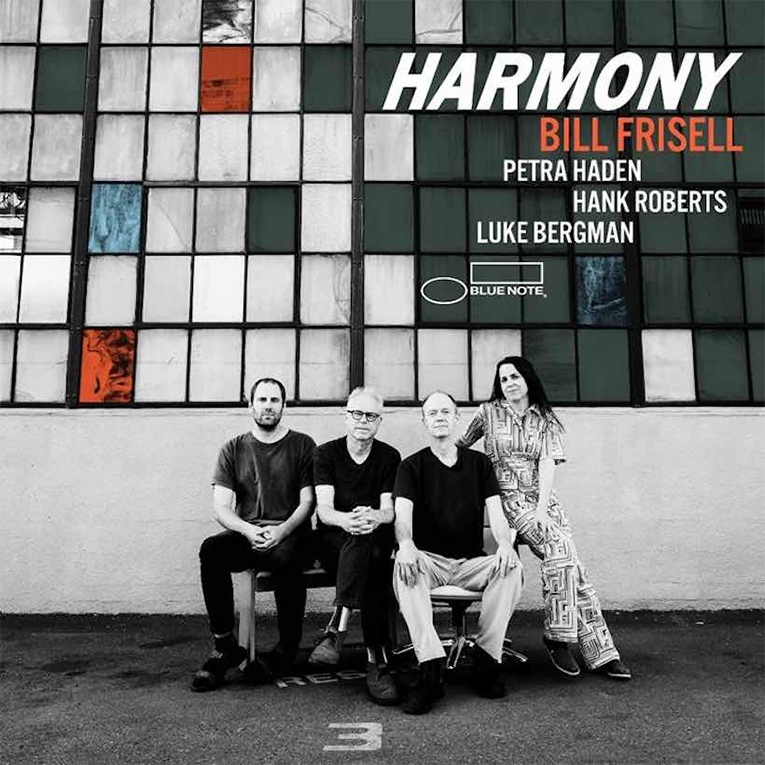 As his involvement with Americana artists and his own recording of traditional music have grown, Frisell has increasingly attracted the attention of producers in that realm. So it was that he fielded an offer from the FreshGrass Music Festival in San Francisco in 2016, and hit on the idea of creating a largely vocal quartet featuring Petra Haden, former Downtown Music collaborator Hank Roberts on cello and vocals, and Luke Bergman on acoustic guitars and vocals.

The results take Frisell deeper into the heart of American music -- of all genres -- than ever before, mixed with his own instrumental compositions that aim to combine similar elements of harmonic complexity and melodic beauty.

The first of those Frisell originals provides a fascinating door into this particular world, sounding like something Ernest Hemingway and F. Scott Fitzgerald might have listened to in Paris during the 1920s. It’s a lyrical bagatelle with Frisell’s chiming guitar, Haden’s high, breathy, wordless vocals, and dark baritone guitar by Bergman. From there to “God’s Wing’d Horse” is a mere step across the Atlantic, since it sounds rooted in Appalachia during the same era. The twist is that it’s actually another Frisell composition, with lyrics by Buddy Miller’s wife, Julie. The way the vocal harmonies blend with Bergman’s acoustic guitar and Frisell’s electric lead sounds simultaneously ancient and contemporary.

Three other pieces -- Frisell’s compositions “Lonesome” and “Curiosity,” and the traditional “Red River Valley” -- extend that mood, but only hint at the depths the band will explore on “There in a Dream,” a Charlie Haden composition that his daughter gave to Jesse Harris so he could contribute lyrics. With Roberts’s cello taking a prominent role, this is a gorgeous performance that seems to define the term American Gothic and wouldn’t seem out of place on the soundtrack of a Dracula film.

A sense of foreboding also prevails on “Deep Dead Blue,” a song Frisell composed with Elvis Costello for a performance at the 1995 Meltdown Festival. Here, Frisell employs some of the electronic layering techniques he pioneered around that time, but his spare use of these approaches leaves a tremendous amount of space.

As compelling as all of that material is, it’s a trio of cover songs that carry Harmony to another level.

Lerner and Loewe’s “On the Street Where You Live,” from My Fair Lady, is a vehicle for rich vocal blends that sound like they come from one of the voice arrangers of the post-war years, while Roberts’s cello line lends a moody tone that undercuts the optimism of Lerner’s lyrics.

Billy Strayhorn’s “Lush Life” gets a beautiful Wes Montgomery-style solo introduction, while Haden’s superb diction and command of phrasing dynamics highlight the composer’s arch lyrics, such as “Too many through the day / Twelve o’clocktails.” That couplet lands with such power that you have to wonder how “twelve o’clocktails” never became part of the popular lexicon.

Finally, Pete Seeger’s “Where Have All the Flowers Gone?” receives the kind of radical reinterpretation that cemented Frisell’s reputation on albums like Have a Little Faith, This Land (1994), and Ghost Town (2000). Frisell totally reharmonizes the song, and without altering a word of Seeger’s 1955–’60 lyrics (the song was partially written in the ’50s but not finished for five years), increases the ominous mood by adding a descending two-note phrase at the song’s conclusion.

Produced by Frisell’s longtime collaborator, Lee Townsend, Harmony sounds rich and full, despite the sparse instrumentation, and while this is not Townsend’s first appearance on Blue Note Records (he was at the helm of several of John Scofield’s Blue Note albums), it’s an encouraging addition to the modern incarnation of the 80-year-old label.