My internal conflict goes even deeper, since several years ago I organized and moderated a public forum on how Hurricane Katrina had affected the musical landscape of New Orleans. That panel discussion became known as “the Ellis Marsalis Show” among my colleagues because the patriarch of the Marsalis clan spoke for about 45 minutes nonstop about the city’s musical heritage. It was a tour-de-force performance that touched on the under-reported role that women played in music education, the myths that surround the roots of the music there, and -- predominantly -- the importance of the city’s annual Jazz & Heritage Festival, known to all as merely Jazz Fest.

Every spring since 1970, Jazz Fest has drawn people from around the world to sample the music, food, crafts, and culture of New Orleans, and regardless of who is the headline act -- which has included everyone from Snoop Dogg to Bruce Springsteen -- the festival has always featured a wide range of the city’s homegrown talent. In the early years, that included acts like the Zion Harmonizers, a gospel group that formed in 1939, guitarist Earl King, who influenced Jimi Hendrix and others, and pianist Professor Longhair, the legendary ’Fess himself, whose 1974 performance is the oldest on this five-CD set.

While you won’t find any of the superstar headliners from places other than Louisiana here, their absence is immaterial; the soul of Jazz Fest is the local artists who have been booked year after year. This through-line of Big Easy and bayou stars is remarkable given the festival’s sometimes-rocky history. Jazz Fest was born out of the financial ashes of a jazz festival that was held in 1969. Faced with a deficit, despite having put Count Basie, Dizzy Gillespie, Eubie Blake, and others onstage, the organizers approached Boston-based pianist/impresario George Wein, whose Newport Jazz Festival had created the model for the outdoor summertime music event. Even with Wein’s expertise and track record, Jazz Fest didn’t turn a profit until 1976, and the early 2000s proved especially challenging. Inclement weather (no stranger in New Orleans) decimated the event in 2004, and forced Wein and the festival’s long-time organizer, Quint Davis, to look for an outside partner, a move that created significant tension among the locals, who feared the event would swing even more toward international headliners.

While the new partners, AEG Live, did go after household names like Eric Clapton, Foo Fighters, Neil Young, and Aerosmith, the management group doubled down on the local musicians, and it became something of a culture-saving mission after Katrina devastated the area in 2005.

With many of New Orleans’s musicians displaced to Texas, Georgia, Florida, and even farther afield, and tens of thousands of other residents now homeless, those artists who appeared at Jazz Fest in 2006 set out to show their recognition for what the music of New Orleans had given to them. Topped by Springsteen -- who, backed by his so-called Seeger Sessions Band, delivered a withering attack on the mismanagement of President George W. Bush’s administration -- the musicians who performed at the scaled-back 2006 event paid tribute to the grit and determination of New Orleans, and helped the residents of the area make a strong statement that they would not be broken by weather or government corruption.

The 2006 edition is represented here by John Boutté, a typically eclectic New Orleans musician who is best known for performing “Tremé Song” as the theme of the television show of the same name. Here, he performs Randy Newman’s “Louisiana 1927,” a song about an earlier flood, which he transforms into a rallying cry for the dispossessed. 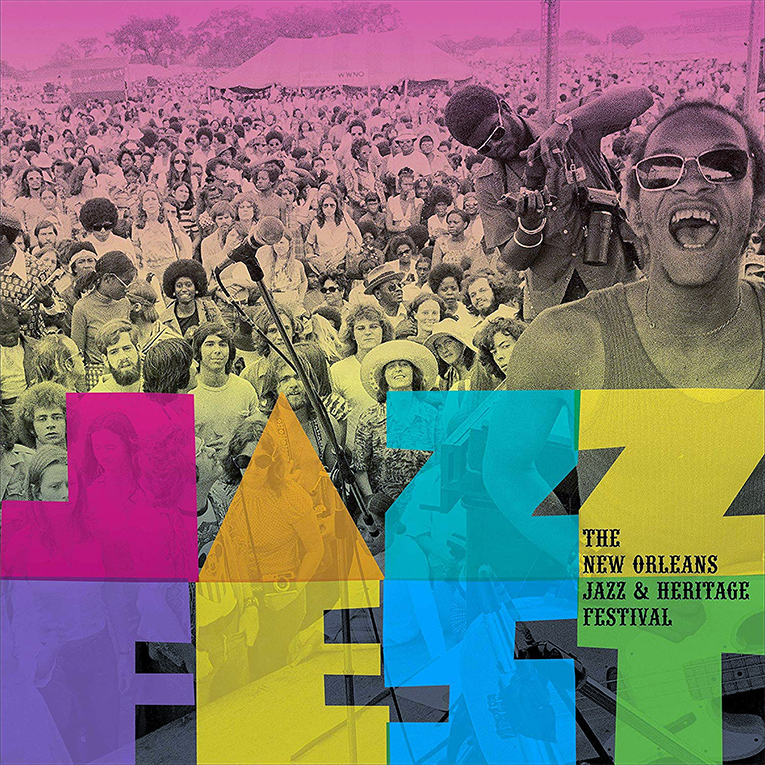 Fans of Tremé will also recognize Trombone Shorty, the charismatic young musician who debuted at the festival in 1990, when he was just four, and now holds the honor of closing the event each year. His band, which combines elements of Sly & the Family Stone, Terence Trent D’Arby, and Southern rock, has always specialized in setting a crowd on fire, and they deliver here with an ecstatic version of his hit “One Night Only (The March).”

The younger contingent of New Orleans’s music scene is also represented by Anders Osborne, a Swedish bluesman who relocated to Louisiana in 1989, and specializes in capturing some of the grittier elements of the city in his music.

The Subdudes, a band that formed around the same time that Osborne hit town, is another group that reflects the rockier part of New Orleans’s heritage. Their topical look at American politics, “Thorn in Her Side,” blends a big beat with the kind of accordion playing that became popularized by the Cajun musicians from Lafayette.

Two of the legends from that area, Buckwheat Zydeco and Boozoo Chavis, are also here, stalwart representatives of the rural style of party music that linked raw country forms with more urban approaches as it blended Acadian French with deep Southern English dialect.

One of the things that makes New Orleans unique is how the distance between elemental styles like that of Chavis and contemporary jazz artists like Terence Blanchard seems to disappear. Blanchard’s interpretation of Alex North’s theme from A Streetcar Named Desire may have the glossy surface and intricate harmony of urban music, but the time of his unnamed drummer is undeniably from the same source as the percussionists who accompany the Zydeco, rock, and R&B acts.

Blanchard’s 2000 set is expertly recorded, thanks to an ongoing project by filmmaker Michael Murphy, who documented Jazz Fest for 20 years. Other performances come from WWOZ radio broadcasts or recordings made by Peer Munck, who has created “instant” CDs for onsite sale since 2004. Results vary, but even the roughest of these do a great job of capturing the atmosphere of the festival, including onstage conversations that add to the intimacy of the proceedings.

As you might expect from an archival project, the liner notes are extensive and expertly curated, featuring input from New York Times chief pop music critic Jon Pareles and folklorist Jeff Place, and a foreword by Wein.