Is music for the whole body or just your brain?

Depends on the day and your mood, I would argue.

Sure, there are times when a stomping blues à la Jack White is just what you need to power you through a workout or help you get across town quickly. But there are also times when something more cerebral answers your need to feed your ears.

Temporary Kings, the debut recording by pianist Ethan Iverson and saxophonist Mark Turner -- the front line of drummer Billy Hart’s quartet -- is focused on that latter need. It unabashedly draws on the legacy of pianist Lennie Tristano and his protégé, saxophonist Warne Marsh, two of the most cerebral jazz musicians in an era dominated by overheated boppers like Bud Powell and Charlie Parker. You may well find yourself tapping your foot during a couple of these nine songs -- six by Iverson, two by Turner, and one by Marsh -- but you’re just as likely to follow the intertwining lines and floating rhythms with your head.

If you’re interpreting this assessment as anti-chamber music, I’m failing. Iverson loves a groove, as witnessed by much of his work with The Bad Plus, and his deep love for the stride piano recordings of James P. Johnson et al., and he’s crazy for the music of Keith Jarrett’s so-called American quartet with Dewey Redman, Charlie Haden, and Paul Motian. He can stomp with the best of them, but he’s also a master of internal rhythms and complex harmonies -- often mashed up in one piece like Jarrett’s best improvisations.

Turner may be best known for his airy tone and breathy attack, but he has also been a member of Fly, no slouches in the rhythm department, and has recorded with artists like David Binney and Joshua Redman, who are no strangers to the groove. 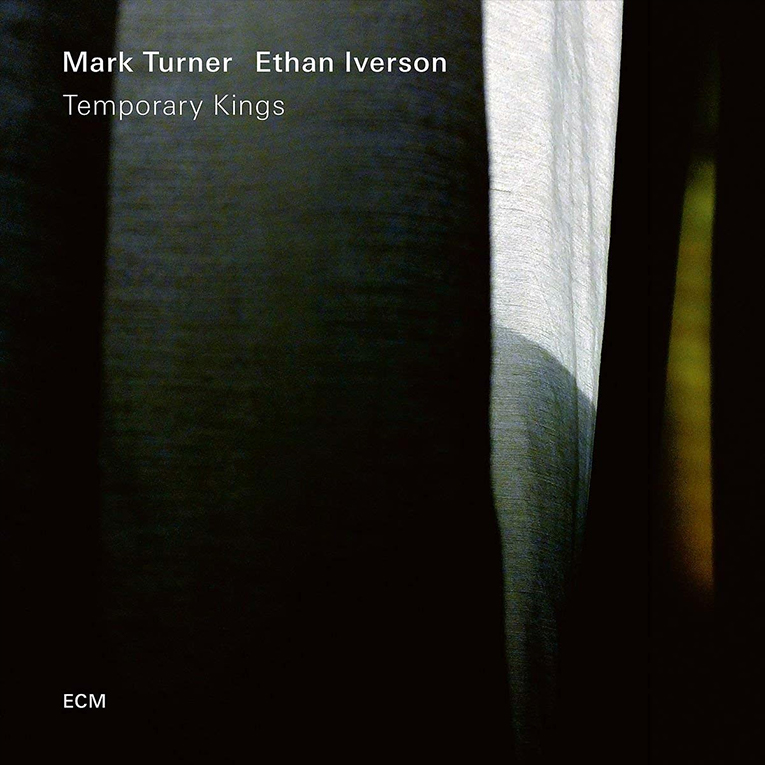 Somewhat ironically, it’s Marsh’s “Dixie’s Dilemma,” with its sprightly piano line, that is the most rhythmically engaging. Opening with a long solo piano gambit, it expands into a model of close-listening interplay between the two musicians. Iverson continually offers new counterpoints to Turner’s solo, which itself is a masterful display of extended spontaneous composition.

At the other end of the spectrum, “Lugano,” the opening track, is a dust-dry vertical portrait of the Swiss town where the recording was made.

In the middle sits Iverson’s bluesy “Unclaimed Freight,” which maintains its forward momentum in spite of its crawling tempo. Iverson picks his way through a solo so deliberately that he sounds like he’s challenging the listener to imagine their own path. Each note sounds like he’s turned it over in his mind a few times. Turner’s answering solo rises and falls through a circuitous path back to the melodic root, and Iverson’s choice of notes and their placement in support present as clear a picture of the essential language of jazz as you’ll find anywhere. Their dialogue is exquisite.

It goes without saying that ECM’s approach to recording acoustic music shines here. Every overtone and each musical nuance is present and in proper perspective. On headphones, the intimacy and sound separation are sublime. What’s perhaps most remarkable is that engineer Stefano Amerio manages to capture all the breathiness of Turner’s technique with only a trace of the inevitable mechanical sounds of his instrument. It’s like being there without being there.