It’s easy to see the humor through the world-weary cynicism when Texas-born singer Delbert McClinton half-drawls lyrics like “I gave up drinking / I gave up pills / I gave up everything that gave me a thrill / Nothing salty and nothing sweet / I skip it all, from milk to wheat / I got a trainer and a diet guy / Sprouts and protein shakes, that’s all I buy.”

But at 76, McClinton is entitled to sound like he’s seen it all, done as much, and come up with nothing much to show for it. After all, he seems to have danced close to the big time for his entire career, without ever getting so much as a touch of the brass ring. McClinton was close enough in age to Buddy Holly in their native Lubbock to see the doomed rock pioneer when he was still playing roller-rink shows, and he taught John Lennon how to play harmonica in the early ’60s. He moved in the same orbit as The Allman Brothers Band when he was signed by Capricorn Records in the ’70s. When Americana music began to gain mainstream popularity, McClinton sniffed around the edges of fame, even winning a Grammy Award for a duet with Bonnie Raitt in 1991 and scoring a country hit with another duet with Tanya Tucker the following year. 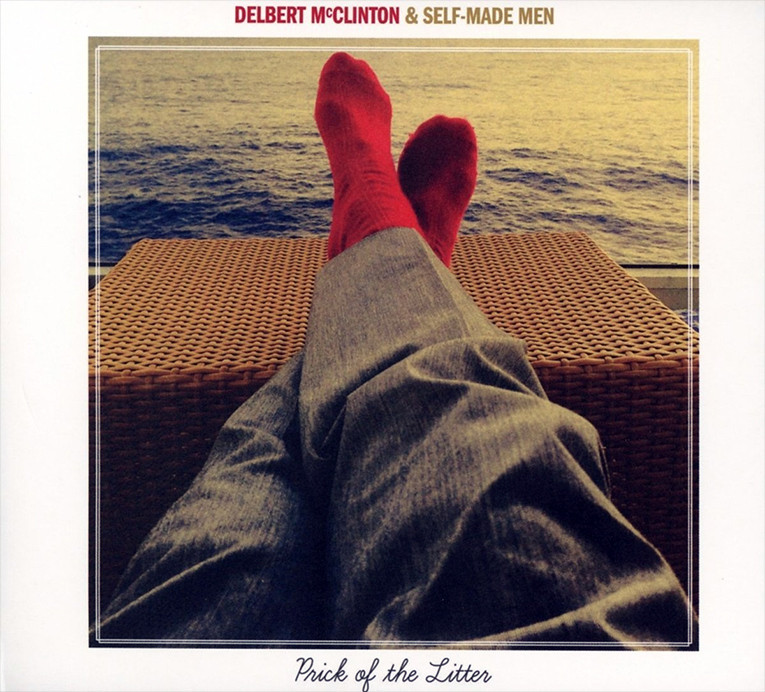 But while McClinton has never become a full-fledged star, his powerful, highly musical voice and strong harp playing have made him a memorable journeyman who has grown comfortable just outside the limelight. Now that he’s edging into old age, he has taken on the mantle of the late Mose Allison -- a little bit grumpy, but still able to see the human comedy for what it is.

There is no question that McClinton, who is mostly backed by his working band on Prick of the Litter, doesn’t rock as hard as he used to, but the piano-heavy shuffles and blues still pack a punch, particularly when loaded with lyrics like “I got nothing but a box of hot doughnuts on my mind.”

The singer’s voice has taken on a layer of rust, but he still has great pitch, and on “Middle of Nowhere” he exhibits a higher range than he’s previously used, which allows him to soften his delivery a little.

Another noticeable change is the lack of harp, always an important implement in McClinton’s toolbox, but his decision to eschew it reflects his shift to a more jazz-based style. The only song that breaks the formula is the opening “Don’t Do It,” a rocking tale of failed love featuring special guest Jimmie Vaughan (brother of Stevie Ray and a charter member of the Fabulous Thunderbirds), who delivers a dry, tangy solo and stinging fills while Texas vocalist Lou Ann Barton plays the role of the spurned love interest. 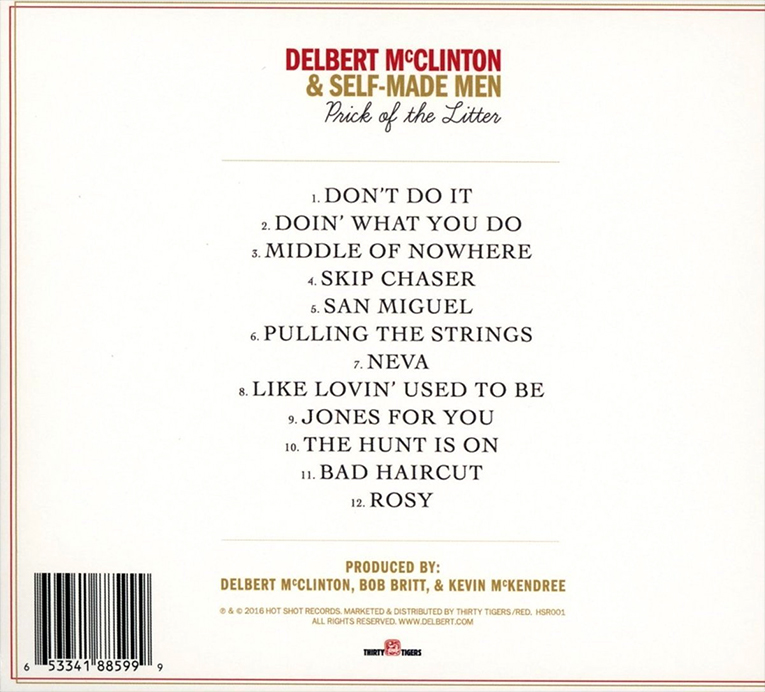 On the mellower side, “Like Lovin’ Used to Be” finds McClinton reminiscing about better days in a voice that could pass for Tom Waits. “Jones for You,” the Tim Ouimette-penned song that finds McClinton preaching the benefits of kicking stimulants and eating sprouts, features an infectious New Orleans parade beat.

Above all, with his references to cellphones, coffee bars, and his refusal to shrink away from turning old, McClinton remains relevant. His music may have echoes of an earlier era, but his aging hipster persona is definitely growing old in the 21st century.

Like many veteran singers, McClinton knows how he wants his voice positioned, and the mix keeps it clear and out front. Everything about the soundstage is pretty standard for this type of mostly acoustic music, with crisp drums and keyboards.