Few rock bands had the stylistic scope or instrumental prowess of the original Allman Brothers Band: guitarists Duane Allman and Dickey Betts, organist/vocalist Gregg Allman, bassist Berry Oakley, and drummers Butch Trucks and Jai Johanny Johanson. From the spring of 1969 to October, 1971, the band grew steadily from an energetic-but-raw group of disparate forces to a highly disciplined-yet-uninhibited band of improvisers.

Over three nights in mid-March, 1971, the band recorded its ultimate statement: At Fillmore East, an album that many consider the best concert recording in history. That album, released July 6, 1971, cemented the band’s reputation, but it is steeped in irony since, by the time of its release, the band members were facing serious drug charges, a member of its management team was serving time for a stabbing death, and the band’s leader was beginning to falter, from both burn-out and long-term substance abuse.

But having scuffled for two years to reach an appreciative, widespread audience, the band was not about to take its foot off the pedal. It was playing anywhere and everywhere it could, but circling frequently back to New York City and environs, where it was building critical mass. On August 26, the Allmans were booked to perform at A&R Recording on West 48th Street in Midtown Manhattan, for broadcast on WPLJ-FM radio. The results were frequently bootlegged in the years following the band’s rise to stardom in the mid-’70s, and eventually released by a label affiliated with the band, but this new package is drawn directly from the original master tapes and represents the first in a new series of archival recordings featuring early lineups of the band.

To fully appreciate the band’s situation when it entered A&R that Thursday, one must look at its schedule in the weeks that led up to it. Since the monumental stand at the Fillmore East there had been 50 shows scattered throughout the United States, and some spanning three hours. The shows came in small batches, often with a week or ten days between them, but in those “off” days the band was either on the highway in its motor home (plane travel only entered the picture in the spring of ’71) or playing -- in the studio in preparation for its next album or, in Duane’s case, with others. On July 22, an off-day between New York City-area shows, Duane, Gregg, and veteran R&B saxophonist King Curtis Ousley were at A&R Recording for a WPLJ broadcast by the pop-soul duo of Delaney and Bonnie Bramlett. Delaney had befriended fellow Southerner Duane sometime earlier, while Duane and Ousley had become fast friends in early 1969 when they worked together in Alabama recording studios for Atlantic Records.

While the other five members of the band were fried from two solid years on the road, Duane was, by all accounts, whirling out of control. From his early teens, he had ingested whatever would allow him to play longer -- amphetamines in the early years and large amounts of cocaine by 1971. And, more troubling, heroin had also entered the picture at some point -- never injected, apparently, but snorted in increasing amounts. Duane’s addictions would reach crisis point in San Francisco in the summer of 1971, when he confronted Trucks after a show and demanded to know why the rhythm section was failing to provide the kind of support he felt it gave Betts during solos. The drummer did not flinch from his friend, despite Duane’s fearsome personality. He told him that his drug use was seriously affecting his playing. To believe Trucks, the guitarist decided there and then to banish heroin from his life, booking time that October in a drug rehabilitation facility in Buffalo for himself, Oakley, and two members of the band’s road crew.

We will never know how strong Duane’s conviction was, since he was crushed to death on a Macon, Georgia, street under his motorcycle just days out of rehab, but we do know that Duane was still running hard and wild in late August. He was in a black mood, as well. On August 13, during a New York City heatwave, Ousley had been hauling an air conditioning unit into a property he owned. Lounging at the entrance to the building were two heroin addicts. An argument ensued, leading to one of the addicts pulling a knife and stabbing the saxophonist to death.

Duane was devastated, and convinced that, although he was only 24, his time, too, was drawing to a close. Trucks says the guitarist told him that the band should carry on if he died.

Duane’s frame of mind -- both his desperation and his anger -- is evident throughout this 67-minute set. 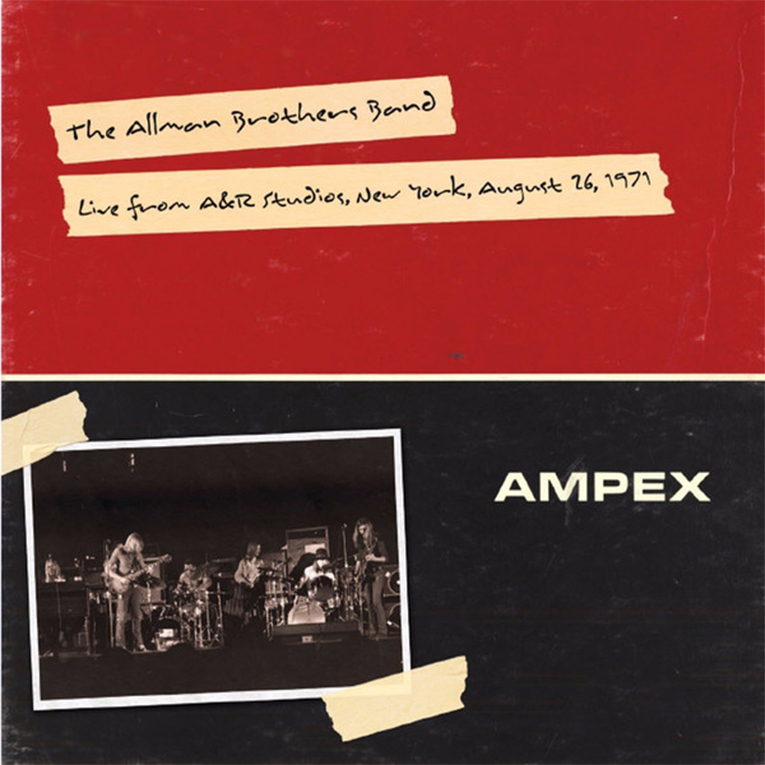 With 200 fans -- mostly WPLJ contest winners -- seated some distance from the group, the six band members altered their usual stage setup by having the two Allmans, Betts, and Oakley face Johansen and Trucks. In place of the Marshall amplifier stacks Duane and Betts usually employed, the guitarists were using the smaller rigs they used for studio recording.

A master of the studio from his years in Alabama, Duane made the most of it. His playing is nothing short of ferocious and his sound is hard and aggressive. From his opening slide guitar riff on “Statesboro Blues” -- the band’s signature introduction -- his instrument sounds razor-sharp and is extremely loud and high in the mix. By contrast, Betts -- who used a 100W Marshall head onstage, compared to Allmans’ 50W -- loses some of the punch he demonstrated on At Fillmore East. As a result, Oakley rises in the mix and Gregg’s vocals are particularly clear. Overall, the sound is not as deep and detailed as the estimable Tom Dowd’s recordings of the Fillmore East shows, but that allows you to hear vocal asides from Duane and Gregg. A small issue arises on “One Way Out,” where the volume drops noticeably for a couple of beats.

The short blues-rockers that were linchpins of the band’s set sound fine -- the match of any of their other live recordings from that summer -- but the first instrumental, Betts’s “In Memory of Elizabeth Reed,” seems a bit clunky, as though the rhythm section isn’t quite connecting, and Betts’s opening solo lacks energy.

An eight-minute take of T-Bone Walker’s “Stormy Monday” benefits from Gregg’s placement in the mix, and Duane sounds extraordinarily soulful, showing his masterful control of decay on his crying notes, and ending his solo with phrasing and tone that resemble a tenor saxophone.

At this point in a standard Allmans set, the band would begin to stretch out, but the radio broadcast format precluded that. Trucks says that, without a formal setlist, the band was unsure where they would go next. Duane stepped to his microphone: “About King Curtis, that was one of the finest cats that ever was. . . . If y’all get a chance, listen to that album he made out at Fillmore West, boy. It’s incredible. It’s unbelievable the power and the emotional stature that man had. He was an incredible human being. I hope that, well, whatever it was that did it knows what he did. Boy, it was a terrible thing.”

He mentions Ousley’s funeral, where Stevie Wonder and Aretha Franklin performed, and plays a few filigreed notes from the saxophonist’s “Soul Serenade,” and then an idea hits him. “Yeah, we’ll do some of that . . . I know where we’ll do it.”

And then, with his foot-stomping rhythm, he begins to pick the opening phrase of “You Don’t Love Me,” one of the highlight pieces from At Fillmore East. People begin clapping in time, and then Duane barks a short, sharp “Hah!” like a man spurring on a team of horses. The insistent build that follows -- with Oakley’s bass, the drummers and Gregg’s organ rising in volume and urgency -- is perhaps the best recorded illustration of the power this band possessed and its inherent understanding of sound dynamics. They could catch fire in an instant, and by the time Gregg finishes the first vocal chorus the whole place is burning.

Duane’s opening solo sizzles with energy, and he displays a wide range of his picking techniques and his love of percussive phrasing. During Betts’s solo, Duane and Oakley exhibit another of the band’s strengths: their ability to lock into a locomotive rhythm team, with the guitarist playing expansive chords and the bassist using his background as a lead guitarist to play counter-melody to the soloist. Duane’s second solo is measured and barely restrained, and he slyly slides into the melody of “Soul Serenade,” which his brother picks up intuitively on his organ. This is music from their early days in Florida, where they played the hits of the day to whomever would listen, but the sound of the band points to where they were headed -- a highly attractive blend of soul and jazz. Duane works his way through his improvisation to his standard handoff of “Reveille” -- particularly poignant, given Ousley’s murder and his own impending death -- and then Betts performs what was always a highlight of the Allmans’ live shows: an electric hoedown that reflected his love of Southern fiddle music. The audience sounds like it’s particularly attuned to Betts’s rousing solo, and the piece ends with him and Duane trading fours like bebop horn players.

While not as integrated nor as well recorded as At Fillmore East, Live From A&R Studios provides a highly detailed and intimate view into a band that -- for a brief, exciting time -- brought together all the elements of American music and rose to thrilling heights under the stewardship of a brilliant, driven leader.