To hear Keith Richards tell the story -- as he does in a new Netflix documentary called Keith Richards: Under the Influence -- Crosseyed Heart came about because he said something outlandish to Steve Jordan, the longtime drummer for Richards’s side project, the X-Pensive Winos. What on earth could Richards -- who, for more than 50 years, has set the bar high for outlandish behavior -- have said to create such a reaction? According to Jordan, Richards -- having now documented his turbulent past in an autobiography and with the Rolling Stones spending more time off the road than on it -- mused about retirement.

Jordan’s reaction was to get his friend into a studio, where he hoped that jamming one-on-one would knock some sense into Richards’s battered old head. 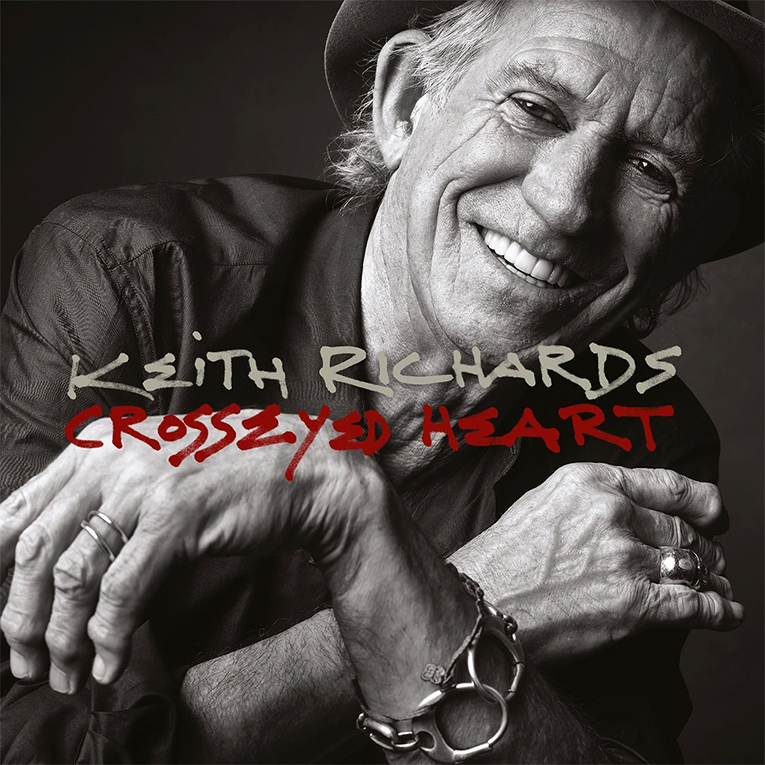 The results begin with Richards picking stereotypical Delta blues licks alone on a vintage acoustic guitar and growling some lyrics that would feel at home coming from Robert Johnson’s mouth 80 years earlier: “I love my sugar but I love my honey too / I’m a greedy mother, you don’t know what to do.”

After two short verses, he breaks off, saying that’s all he has. Without missing a beat, Jordan slams into “Heartstopper,” with Richards playing the kind of loping bass that added so much fleet momentum to large slices of Let It Bleed, Sticky Fingers, and Exile on Main Street. Along with “Amnesia,” “Blues in the Morning,” and “Trouble,” “Heartstopper” has the kind of loose rhythmic swagger and skronky guitars that would allow it to slide easily into the Stones’ repertoire. Saxophonist Bobby Keys lights up the Chuck Berryesque “Blues in the Morning” on one of his final studio appearances before his death last December.

Of course, the man who composed the iconic riff to “Satisfaction” in his sleep can literally put together those kinds of boozy-sounding rockers while nodding out. What makes a Richards solo album intriguing are the other places his muse takes him, and here that includes a soulful lovers’ duet called “Illusion,” which pairs Richards’s foggy croak with Norah Jones’s velvet purr to sing lyrics that echo couplets written by Richards’s friend and occasional collaborator, Tom Waits. 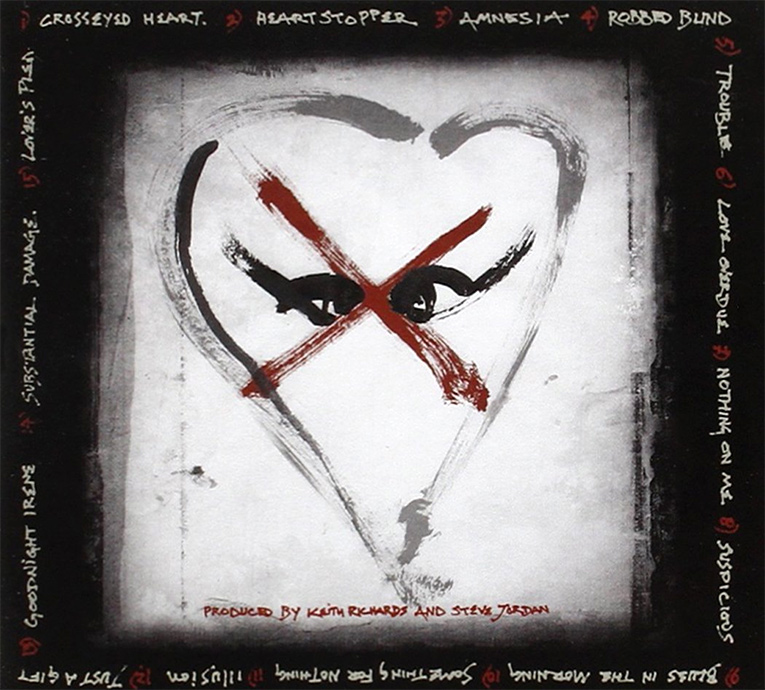 A pair of ballads -- “Robbed Blind” and “Just a Gift” -- reflect Richards’s love of country music, substituting world-weary charisma for a tuneful voice.

Reggae makes an appearance in the shape of Gregory Isaacs’s “Love Overdue,” with a horn section and backing vocals by Jordan, Ivan Neville, and Bernard Fowler adding depth.

Neville’s father, Aaron, adds his angelic voice to the tough-guy stance of “Nothing on Me,” while Richards laces a pretty electric lead line around his chunky rhythm playing.

A slow, scaled-down version of Leadbelly’s “Goodnight Irene” seems like a natural close to the album, but two much different sounding groups take over -- first, for a loose jam on “Substantial Damage,” spiked by Waddy Wachtel’s searing slide guitar, and then for a hit of Muscle Shoals soul on “Lover’s Plea,” with more horns and layered organ, including the legendary Alabama session keyboardist Spooner Oldham.

Considering that Richards helped to write the book on how to make elemental rock music sound full and powerful in the studio, the dense-yet-cutting tone on Crosseyed Heart comes as no surprise. Despite the patchwork nature of the way the album came together, co-producers Richards and Jordan managed to achieve a coherent sound that can stand beside the best Stones production jobs.