The Villains: "A Little Something for the Pain" 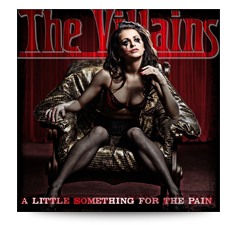 Another Comfortable Album from the Villains

One of the neatest things about being in my position is the flood of indie recordings that arrive weekly in my post-office box. Back in 2010 one such package introduced me to the Villains, an Atlanta-based bar band. Dan Call produced the album, and he also played bass, sang vocals, and wrote many of the songs. It was simply called The Villains, but it was re-released the same year with one track, "Amie," added, as Just Another Saturday Night.

I noted that it was comfortable, friendly, and "could pass as an Eagles tribute." Since then I've loaded the album into my playlist for the gym and found that songs such as "Just Another Saturday Night," "Let's Forget About It Tonight," and "Who Do You Run To?" have stood the test of time. They sound as fresh to me today as they did then. If I had it to do over, I'd raise the performance rating on The Villains to four stars.

So when I say that A Little Something for the Pain, the band's third album, is more of the same, it's more a compliment than a complaint. Yet it's the latter as well, for many of the tunes this time around sound like reworked ideas from the first outing. "The First," a beautiful retrospective ballad about first love, is quite fetching and has been released as the album's first single (original band member Magno sings it appealingly). "It Rained Everyday" is a piquant paean to lonely days spent without that special person, and "Wish You Well" stands tall as a song about a man who wishes he could take his partner back but just can't do it. Some wounds are so deep they don't heal easily, or maybe ever. 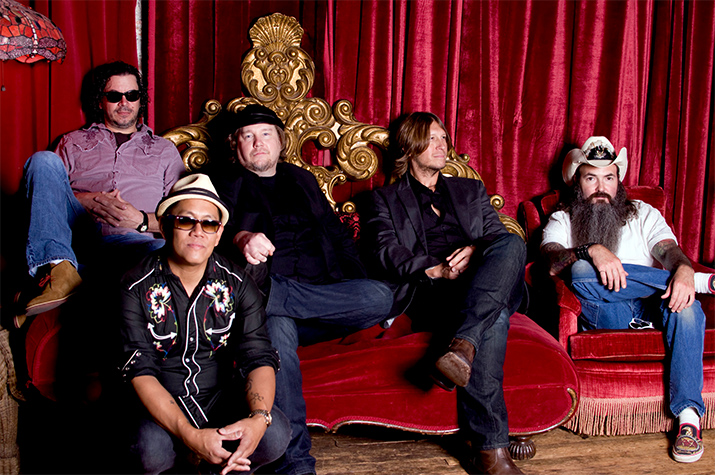 The rest of the tunes are blended rock and country (and a little folk), just like those on the first album, and yes, they're comfortable and friendly -- and I don't mean that in a bad way. All are written by members of the band, most prominently Call, except the 13th one, “Sundown,” which Canadian legend Gordon Lightfoot wrote. That track receives an effective performance from the Villains that adds blues to the country and rock.

The recorded sound proved a little problematic. Call produced this album, just as he did the first (Stan Lynch and Billy Chapin produced their second, Velocity), but this one sounds thicker and less focused than that first one. I found that if I played it really loud, or listened through headphones, details came out that were somewhat buried when I listened at a modest volume.

The age of the Internet has made it possible to sample just about anything before you buy, and that's the case with A Little Something for the Pain. You can check out its best song, "The First," on YouTube. I rather like the more open sound on it than the sound provided on the album. If you purchase it, you can let me know what you think.

Be sure to listen to: "Coming Home to You" has some good guitar writing and playing. The right-channel guitar has a vamp-like figure, while the left-channel one repeats the same note over and over. Very effective.