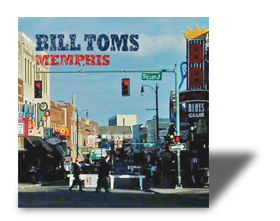 Television executives have discovered the value of airing new shows during the hot months, so we've seen a proliferation of first-rate shows with seasons starting in the summer instead of the fall. One such show is Memphis Beat. I record it with my DVR so I won't miss an episode, and though I watch it for the fine ensemble cast that includes Jason Lee, Sam Hennings, and Alfre Woodard, I tune in just as much for the music. Lee portrays a police officer who plays blues in Memphis bars and clubs at night, and every show closes with him doing a song (actually sung by Mark Arnell). There's also terrific source music along the way, with Keb' Mo' and A. Patrick Rose providing guidance and original music. Just a partial list of performers represented includes Elvis Presley (Memphis was home to Sun Records), Junior Wells, Waylon Jennings, Freddie King, The Allman Brothers Band, Wilson Pickett, Otis Redding, Blind Boys of Alabama, Mississippi John Hurt, and Johnny Cash.

The point is that music from Memphis may range across many particular styles, but those styles all have two things in common: commitment and energy. Look at that list, and you'll easily see those common elements.

That brings me to Bill Toms and Memphis. I was stoked for this album, which arrived around the same time as the last Memphis Beat episode, and I wasn't at all disappointed. Though he's Pittsburgh based, Tom's gravelly voice sings of rebellion, love, hurt, and the down and out just like he's lived in Memphis all his life. The styles might vary a bit, just as they do on Memphis Beat, but he has commitment in spades and enough energy to power a small city. The singer-songwriter sweeps into your life like a tornado; if he's singing, you'd better pay attention. But, heck, you won't mind doing that at all.

The opening "I Won't Go to Memphis No More" makes that surrender sweet. This is a big, bold blues tune in which Toms fronts a large Memphis-style band, complete with wailing sax (Phil Brontz) and Jerry Lee Lewis-style piano (Steve Binsberger). The song grabs you and won't let go, not that you'd want it to. "Misery" is slower but no less pungent, and Toms's broken and frayed voice fully conveys the message in "On the Road of Freedom." There's some good harmonica, too, from Will Kimbrough, who's also the album's producer. Throughout the album, Toms sings with constant conviction; if you aren't a believer by the third cut of this CD, you just aren't listening.

The recorded sound is big and bold, perhaps slightly at the expense of clarity and presence. Between Memphis Beat and Memphis, my ears get the impression of a music scene that I'd really like to hear in person. When I first played Memphis, I had to play it again right away. I dare you to stop at one listen.

Be sure to listen to: There are delightful riffs shot through this entire album, but the organ, sax, and guitar spots on "Waiting on the Pain" really got my attention.