Ben Goldberg: "Everything Happens to Be."

I credit my father for indoctrinating me with a love for the clarinet. As a young man, long before my time, he immersed himself in the music of Benny Goodman and Artie Shaw the way I would later cleave to Jimi Hendrix and Duane Allman. And before either of those guitarists were making records, my father was filling my ears every Sunday morning with the sounds of Goodman, Shaw, Jimmy Dorsey, Woody Herman, and others who had made the clarinet the equivalent of the Fender Stratocaster or Gibson Les Paul in his day.

From the siren glissando that introduces George Gershwin’s “Rhapsody in Blue” to the contemporary improvisations of Canadian virtuoso François Houle, the sound of the clarinet has endured because it so closely mimics the timbre and range of the human voice. It cries. It moans. It exalts. And in the right hands, it has the potential to cut through any orchestration or arrangement and sing from the heart of the musician playing it.

A 61-year-old Colorado native, Ben Goldberg has been singing from his heart since the early ’90s. As a member of the New Klezmer Trio and Junk Genius, he was a vital part of the new generation of genre-defying musicians—along with trumpeter Dave Douglas, pianist Matthew Shipp, guitarist Nels Cline, and others—who found novel forms of expression at a juncture when jazz seemed to be looking back, not ahead.

Now living in the Bay Area, Goldberg has been less visible in the past few years, but Everything Happens to Be. demonstrates that he hasn’t been sitting still. Instead, he’s been composing for improvisers who represent a combination of peers from his early years—tenor saxophonist Ellery Eskelin and bassist Michael Formanek—and leading artists from the next generation—guitarist Mary Halvorson and drummer Tomas Fujiwara.

Together, Formanek, Halvorson, and Fujiwara comprise the band Thumbscrew, and Eskelin recorded with the clarinetist in 2013, so all the members of the quintet are well acquainted, and it’s evident in listening that the music was crafted with them in mind. But above all, it’s music that showcases the range of the clarinet—including a deeply resonant contra-alto clarinet and an Eb Albert System instrument, the type favored by early jazz players like Barney Bigard and George Lewis, who loved its big sound and its ability to slur notes. Goldberg says acquiring the Albert System horn inspired him to explore the concept of the “chorale.” Of course, the chorale is best associated with the music of Bach, but Goldberg also relates it to Louis Armstrong’s pioneering quintets and septets of the 1920s, as well as Ornette Coleman’s ground-shifting quartet from the 1950s. 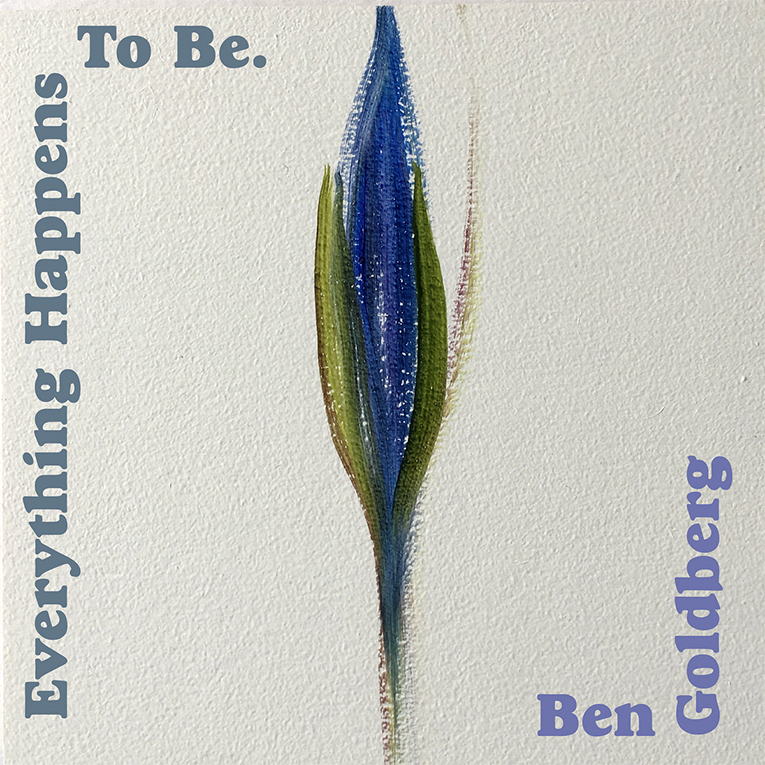 The plangent voice of the clarinet bookends the recording—beginning with “What About,” a gorgeous intertwining of Goldberg’s horn with Eskelin’s tenor that has the tenderness and slightly astringent cry of a Balkan lullaby, and concluding with a slow, stately version of the hymn “Abide with Me.”

Following “What About,” the next three pieces cleave to the approach of blending voices in tuneful harmonies that seem familiar, even as Halvorson shifts octaves for accents and the rhythm section breaks time to create tension. For example, Goldberg’s dedication to Fred Hampton, the brilliant young activist whom the Chicago police murdered in 1969, is built on a beautiful melody that runs throughout, but the gravity of the piece is implied by Halvorson’s electronics and Formanek’s haunting bassline.

“Cold Weather” introduces a more unsettling sonic environment with a woozy-sounding theme, and that mood continues with “Chorale Type,” which begins as a slow processional before moving to an extended clarinet/guitar duet and a bass solo that seems somewhat disassociated from the rest of the piece.

“Tomas Plays the Drums”—which contrasts the flabby low notes of the contra-alto clarinet and the coruscating distortion of Halvorson’s guitar—and the highly gestural “Long Last Moment” carry things further into the realm of free improvisation, although there are always some markers of through-composition.

“To-Ron-To,” with its perky 12-note theme, returns things to a bouncier setting, and Goldberg’s playing summons the ghosts of pre-Katrina New Orleans. But it’s a somewhat surrealistic Mardi Gras marching band that weaves its path down Rampart Street, thanks to Halvorson’s slippery voicings and Fujiwara’s unstructured drumming.

Engineered by Nick Lloyd and mixed by Michael Coleman, Everything Happens to Be. has a nice, wide-open soundstage that gives equal space to the throaty reed instruments and Halvorson’s quirky electronics.