There’s a truism in music that well-trained classical musicians can’t improvise or swing enough to play jazz, and that jazz musicians who read well can perform the classics but can’t sound authentic playing folk music like country or blues. It’s not really a knock against musicians; you wouldn’t want a brain surgeon to replace your hip, either. The fact is, the deeper you go into a specialty, the more constrained you are.

There are exceptions, of course. Pianist D.D. Jackson, a fellow Ottawa native, was once a classical prodigy, studying with the famed Menahem Pressler. Then he took a left turn into avant-garde jazz and flourished. Mandolinist David Grisman spent his career flipping between jazz and bluegrass, and more recently, jazz guitarist Bill Frisell has delved deeply into various strands of music from the American South. And, to take it back to the world of science, I once asked veteran astronaut Marc Garneau—now a longstanding Canadian cabinet minister—if there was anything at which he didn’t excel. He thought for a moment and replied that he wasn’t especially good at bathroom repair.

The point is, it’s rare to be great at more than one thing.

Violinist Mark Feldman—a 65-year-old native of Chicago—is a triple threat. As a youngster, he had a burgeoning career as a classical musician, performing with the Civic Orchestra of Chicago. When he was 25, he relocated to Nashville and reinvented himself as the go-to fiddle player for artists like Loretta Lynn and Ray Price. Up to the mid-’80s he had played on some 200 country and folk albums. Since 1986, when he moved to New York City, Feldman’s built a stellar career as one of the most adventurous improvisers on the contemporary music scene, in addition to being an important collaborator with leading jazz artists like trumpeter Dave Douglas and the late guitarist John Abercrombie. In addition, since 1998, he has played exquisite, genre-defying duets with his partner, Swiss pianist Sylvie Courvoisier.

One thing he hasn’t done much of is release solo albums. It’s been 25 years since his last solo recording, so Sounding Point is both highly anticipated and immensely satisfying. 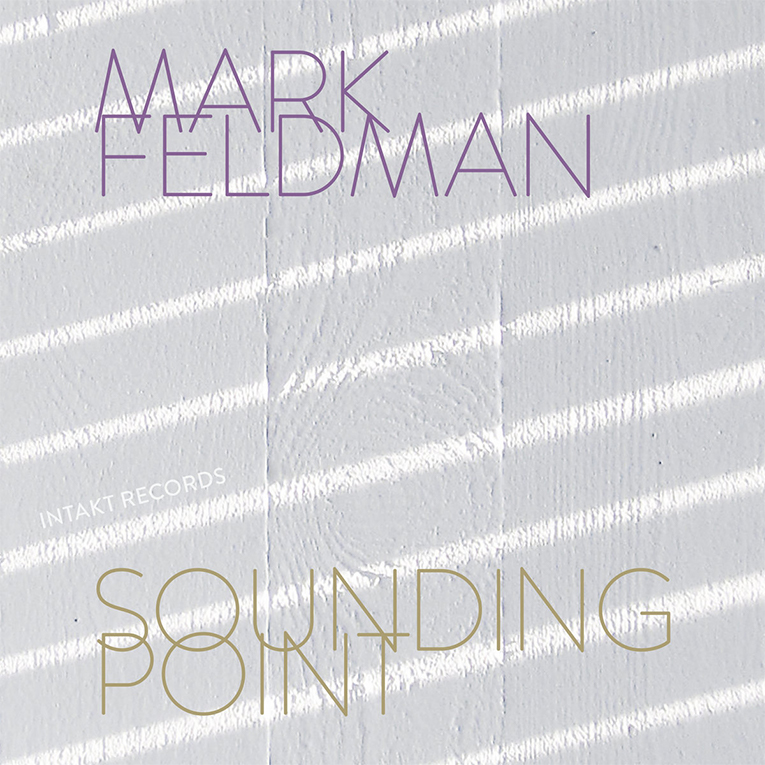 There’s an old show-business adage: “leave ’em wanting more.” I’m more a believer in the astounding opening. For example, in June 1967, when Jimi Hendrix made his US debut as a new man at the Monterey Pop Festival, he exploded into the spotlight—all-feather boa, brocade vest, and wild hair—with a virtuoso version of Howlin’ Wolf’s “Killing Floor.” So fluid was his melody playing and so astonishing was his movement between lead and rhythm playing that he might’ve left the stage a star at its conclusion, never mind the Stratocaster blaze at the end of his set. Another example was the way saxophonist James Carter announced himself on the first track of his 1994 debut album, JC on the Set. Listeners responded, Whoa! Who is this guy?

That’s how Feldman sounds as he skitters and slides through Courvoisier’s “As We Are.” His range of technique and ability to shift between resonant, full-voiced slashes and acidic-sounding bow scrapes call Hendrix to mind more than once. His deep exposure to all the types of music he’s played has given him an especially varied voice, and whether playing dissonant intervals on “Rebound” or creating a haunting, flute-like tone on “Sounding Point,” he makes everything sound of a piece.

As a composer, Feldman is equally varied—creating both the hyperactive “Unbound,” which finds him moving around the fingerboard as though he were a pianist working an extended Bösendorfer 290 Imperial with its 97 keys, and the multi-faceted “Maniac,” which pivots on two Philip Glass-like circular movements. The recording’s only disappointment is the closing “New Normal,” which lacks both direction and drama.

Much more riveting is his double-tracked interpretation of Ornette Coleman’s “Peace Warriors,” which has him intertwining skirling lines in the spirit of Coleman’s duets with trumpeter Don Cherry, breaking into a firestorm at midpoint, and resolving the performance with some blues bends that pay homage to Coleman’s Texas roots.

Beautifully recorded in Brooklyn at the beginning of the global lockdown by Owen Mulholland and mixed by Ryan Streber, Sounding Point was worth the long wait, and it strikes one more blow against that enduring truism.