After establishing shots of New York City set to composer Bill Conti’s jaunty main theme, we discover a jogging couple: Erica (Jill Clayburgh) and Martin (Michael Murphy). She’s happy and carefree; he’s quarrelsome, nervous, withdrawn. When he steps in some dog poop and begins having a conniption, she placates him, and they then run home to make love. There we’re introduced to their 15-year-old daughter, Patti (Lisa Lucas), and this well-to-do family’s domestic life. It all looks perfect. Later, as Erica and Martin are taking a walk, he trembles as he tells her, “I’m in love with another woman.”

Erica is hurt, and so are we -- already in these opening scenes, we’ve grown to like her. Director and screenwriter Paul Mazursky here freezes the frame on Clayburgh’s face, and her expression says it all: surprise, anger, helplessness. After this blow, and despite the presence of other intriguing characters, the movie is Erica’s -- we watch with empathy and pleasure as she becomes her own woman again, able to face life without the help of a man. It’s one of the most affecting portrayals of a woman finding her strength in all of cinema.

While screenwriter Mazursky’s dialogue is intelligent, brave, and unafraid, he often defers to director Mazursky to leave Erica’s emotions to be read on Clayburgh’s face -- a challenge she rises to with uncanny nuance. The film was nominated for Academy Awards for Best Picture and Best Writing, Screenplay, and Clayburgh for Best Actress in a Leading Role. That last Oscar, however, was taken home by the leading actress in Coming Home, Jane Fonda, who had actually been Mazursky’s first choice for Erica. When Fonda turned it down, Clayburgh got the part, for which she did win Best Actress awards at Cannes and the Golden Globes. Clayburgh died in 2010, at the age of 66, and I think her reputation has since fallen into unjustified neglect. Younger filmgoers who might not know her work should watch An Unmarried Woman -- they won’t forget her. Few actresses could bring to a role her depth of understanding and radiance, both of which seemed to come to her so naturally. 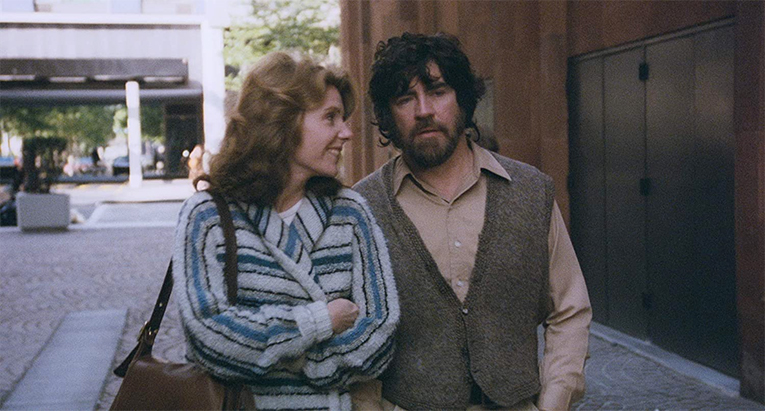 The rest of the cast is solid as a rock. Alan Bates is a charmingly gruff teddy bear as Saul Kaplan, with whom Erica falls in love as she puts her life back together. Murphy’s portrayal of the weak Martin ensures that he’s no simple villain. We don’t like him that much, but we never hate him, and end up mostly feeling sorry for him -- anyone whose judgment is bad enough to lead him to dump Erica is only to be pitied. Cliff Gorman is appropriately pushy and crass as street artist Charlie, whose only life goals seem to be to paint and get laid. And Lucas is right on the mark as the precocious Patti.

Also on the mark is this high-resolution video transfer of the 1.85:1 print. The colors look very natural, the contrasts close to ideal, and every detail of Erica’s apartment and the Manhattan streets is delivered with absolute accuracy. Conti’s score, though in mono, sounds amazingly good, and the dialogue is crisply understandable.

Extras include a 2005 commentary by Mazursky and Clayburgh. Without too much backslapping, it breezily and enjoyably dispenses a good bit of information. There are new interviews with Murphy and Lucas; one with Sam Wasson, author of Paul on Mazursky and many other books about film and filmmakers; and a curious audio-only session with Mazursky at the American Film Institute, in 1980. Pressed for specific answers, he mostly seems to say that what works, works. Also included is the text of a thoughtful essay by film critic Angelica Jade Bastién. 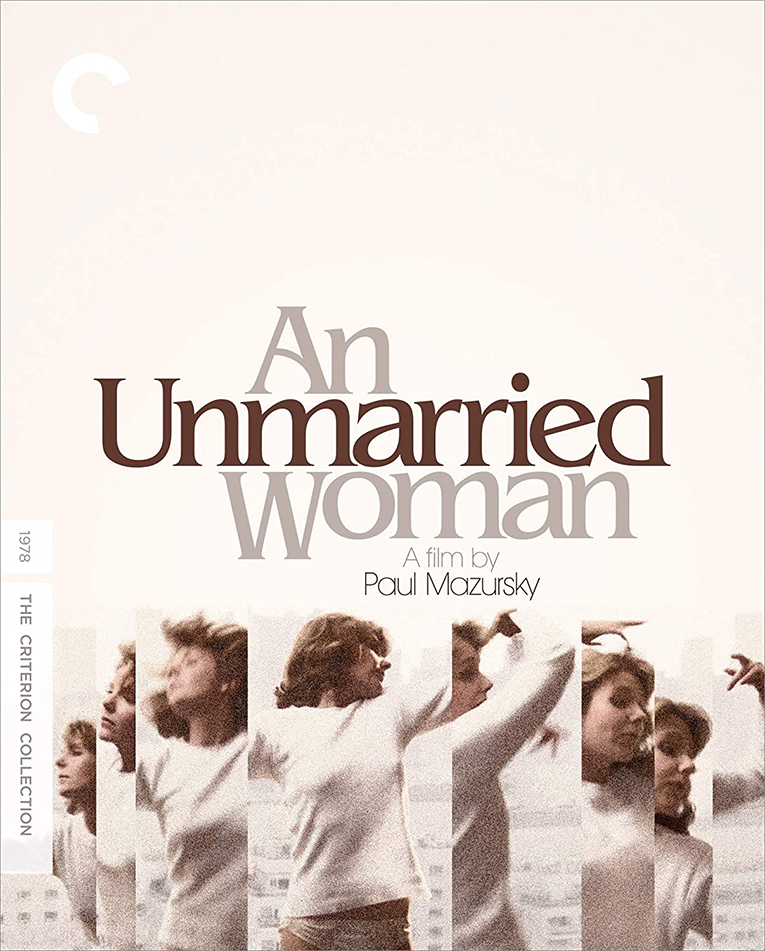 An Unmarried Woman is one of the most natural-feeling films ever made, including the nudity and sex -- I entirely forget that I’m watching actors act. This reissue is, in every way, a winner.

Be sure to watch for: In the film’s first five minutes, Erica is at home, clad only in a baggie top and bikini undershorts. As the score shifts to Tchaikovsky’s Swan Lake, she spontaneously begins to dance. Clayburgh pulls this off very naturally -- who of us, alone at home, hasn’t done something similar?