Every once in a while, a low-budget picture delivers a quality of entertainment seldom achieved by well-funded studio efforts. Such is director Greg Mottola’s gem, The Daytrippers (1996), shot on a budget of $50,000 on free locations, including cast members’ apartments. It succeeds on the strength of Mottola’s wittily intelligent script, and a dream cast of palpable charisma and amazing ensemble acting. The actors also improvised some dialogue, which only serves to make a good thing better.

The lovely Eliza (Hope Davis) is married to the explosive Louis D’Amico (Stanley Tucci), a successful businessman working in New York City. Cleaning her suburban home, she finds a love letter apparently written to her husband. She shares it with her family, who decide they must confront the suspected adulterer. Eliza and her father and mother, Rita and Jim Malone (comedy legend Anne Meara and poker-faced Pat McNamara), and sister Jo (Parker Posey) and her fiancé, Carl Petrovic (Liev Schreiber), all pile into the Malone family station wagon, Dad at the wheel, and they’re off to the city. 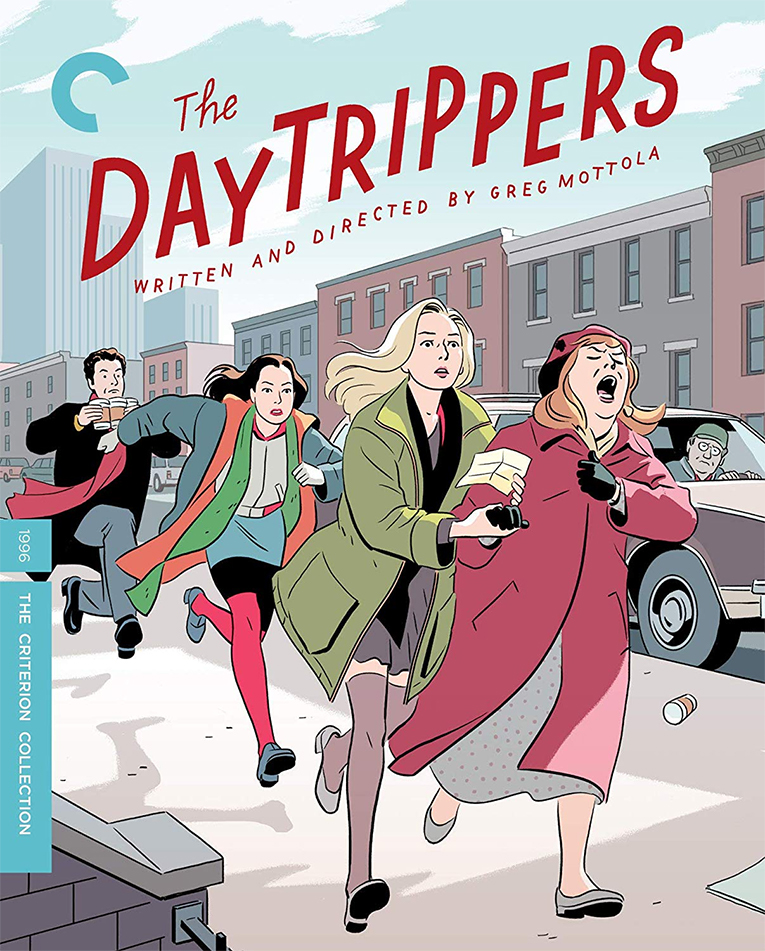 Along the way they make a few pit stops, where they encounter interesting people having difficult times with their own relationships, and in the course of these vignettes we get to know them pretty well. We learn that Eliza and Jo are very close, and that together they can stand up to the others’ eccentricities: Rita amusingly trumpets her lack of education, and the very polite Carl expounds his theory that America would be better off under a benevolent monarchy. Despite or because of their various flaws and quirks, we come to like these people for who they are.

The first 75 minutes of the film play much like a sitcom, Meara and Schreiber leading the way. But when Liza’s fears are realized things become deadly serious, and we’ve come to like these characters well enough that their unraveling hits hard. It’s all handled realistically.

Criterion’s transfer is first-rate. The Daytrippers was shot on Kodak film, and the colors have that “Kodak moment” feeling. The focus and contrast are A+, and the sound is all one could wish for. This is all pretty amazing, as the film was shot under difficult circumstances with very little looping (i.e., dialogue rerecorded and overdubbed in postproduction, as is extremely common in filmmaking). One climactic scene was shot in the middle of an actual hailstorm, but unless you listen to the commentary track, you’d never know it. 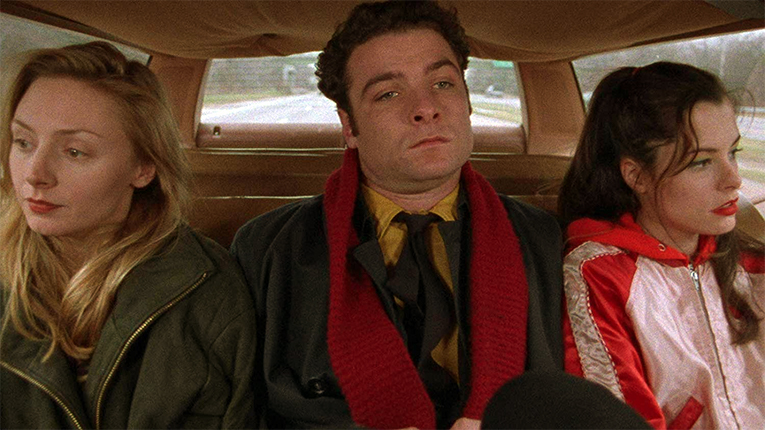 That commentary features producer Steven Soderbergh, director Mottola, and editor Anne McCabe in a breezy three-way conversation that tells us much about the making of the film. A short extra with Posey, Schreiber, and Mottola might have been more fun for them than for us. Also included is The Hatbox, a silent black-and-white film made by Mottola at the age of 21. Only four minutes long, it’s pretty eerie.

The Daytrippers is a delightful and insightful set of character studies made on a shoestring. Its unique assortment of actors work wonderfully together in intimate ensembles, and the subtle chuckles that result make most contemporary comic fare seem strident. And Criterion has done a great job of transferring this must-see film to Blu-ray.

Be sure to watch for: At a party, Schreiber’s eccentric character meets someone with opposing political views. He plays the scene definitively -- Carl is hurt and defensive. Watch what he does with his scarf.