"Fists in the Pocket"

In 1965, in his first feature-length film, Italian writer-director Marco Bellocchio gave filmgoers a lulu of an example in a serious study of a psychopathic killer. This black-and-white film must have been a searing event half a century ago; it still packs a wallop today.

The relatives include Alessandro (Lou Castel), a killer in the making; his older alpha brother, Augusto (Marino Masé); his mentally challenged younger brother, Leone (Pier Luigi Troglio); his eccentric (to say the least) sister, Giulia (Paola Pitagora); and his blind mother, whose name we never learn (Liliana Gerace). Alessandro and Leone both suffer from epilepsy, and it’s implied that Alessandro and Giula have an incestuous relationship.

Alessandro idolizes Augusto, and feels he can improve his brother’s life by getting rid of the rest of the family. After his first attempt fails, he succeeds in killing his mother and Leone. That’s enough spoilers, but really, Fists in the Pocket is no mere thriller or horror flick driven solely by plot. We feel for these well-developed characters even as they descend further into darkness and lay waste to basic human values. 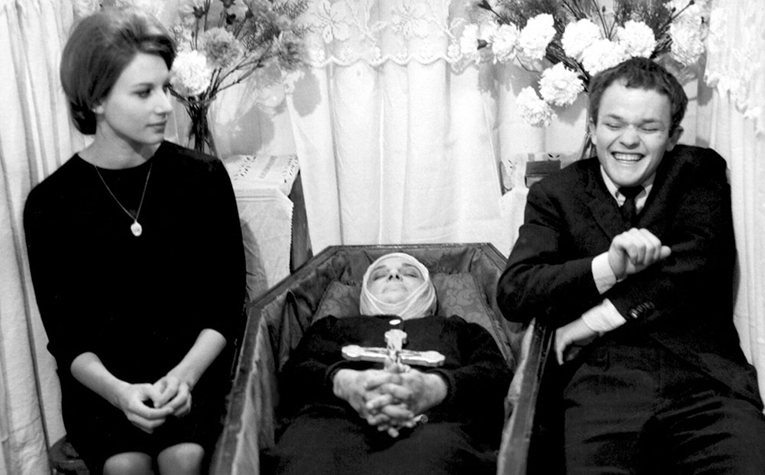 Castel, only 22 when Fists in the Pocket was filmed, is a marvel to watch. He lets us know right away that Alessandro is abnormal with subtle facial and physical gestures that grow more pronounced as the story unfolds. He increasingly gesticulates behind everyone’s back, and his manic laughter becomes ever more shrill. It’s one of the most troublingly convincing portraits I can remember seeing of the unraveling of a psyche -- and the rest of the cast is up to Castel’s level.

Ennio Morricone’s score -- jangly, episodic, often dissonant -- greatly accentuates the film’s disturbing qualities. In the second half, his distortion of the medieval hymn “Dies Irae” (Day of Wrath), a darkly portentous theme even in its original guise, is unnerving.

The film’s restoration and 4K transfer were done by the Cineteca di Bologna, under Bellocchio’s supervision, and retains the original aspect ratio of 1.85:1. The black-and-white contrast has been heightened for this edition, something that had been impossible to do for the original release because of an error made in the film-processing lab. It’s evident in the BD: blacks are jet black, whites are pure and brilliant, and between are all shades of gray. The restoration of the soundtrack was based on a 35mm magnetic track and the original soundtrack negative. The sound of both the dialogue and Morricone’s dazzling score is quite good. 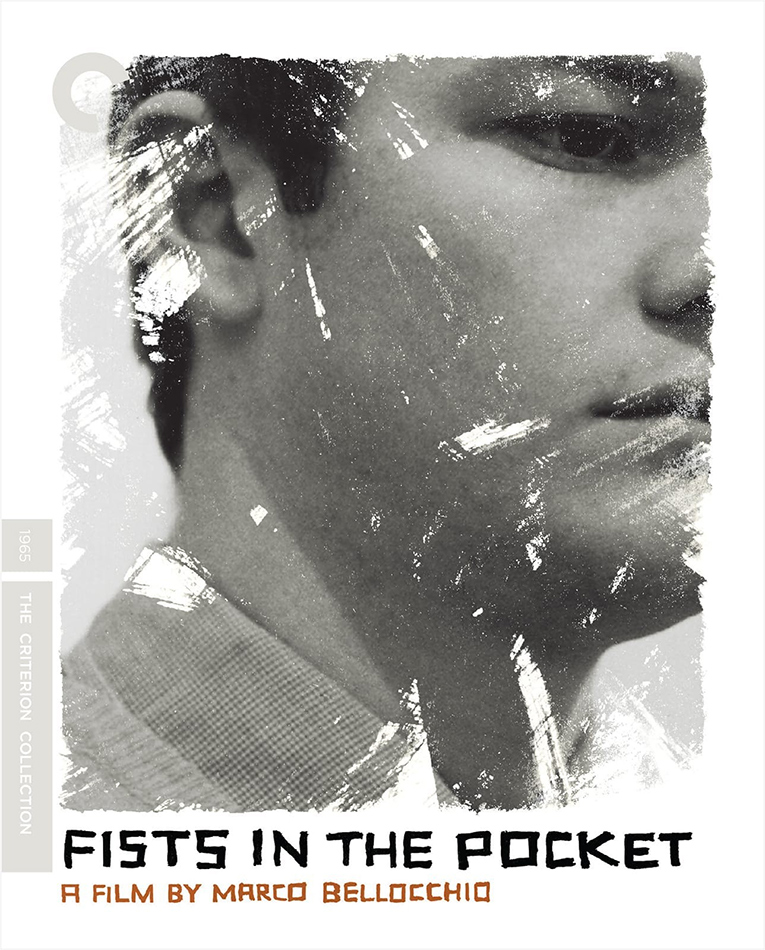 Extras include a 2005 compilation of interviews with Bellocchio, Castel, Pitagora, editor Silvano Agosti, critic Tullio Kezich, and director Bernardo Bertolucci, all of them informative and entertaining. Castel’s is conducted in English; the rest, like the film itself, are in Italian with English subtitles. There’s also a new interview with film scholar Stefano Albertini, a printed essay by critic Deborah Young, and a dramatic original trailer, also in subtitled Italian.

In its original release, Fists in the Pocket rocked Italian cinema. It should be seen for the galvanizing performance of Lou Castel alone, but anyone who starts viewing it will find many other reasons to watch through the final frame.

Be sure to watch for: As Alessandro contemplates smothering his sister with a pillow, we see only his eyes. At one point, his gaze shifts to the right. For me, this was an incredibly chilling and memorable moment. It sounds innocuous on the page; onscreen, it’s anything but.