The Criterion Collection Tries to Resurrect Frank Borzage on BD

I seldom listen to music when driving my little bright-red 2008 Toyota Yaris. There, old-time radio is king, and for the past month I’ve been listening to The Chase and Sanborn Hour, with Edgar Bergen and Charlie McCarthy. This variety show, broadcast from 1929 to 1948, ran the gamut from humor to drama to pop song to opera arias sung in their original languages. From 1937 to 1939 the show was hosted by Nelson Eddy, but listening today, I wonder what all the excitement was about: Eddy bleats his top notes, shamelessly ruins bonbons from Gilbert & Sullivan operettas, and sings the most racially insensitive rendition of “Shortnin’ Bread” ever. One day, when Eddy was on vacation, he was replaced by baritone Donald Dickson, whose voice was worthy of the Metropolitan Opera -- where, indeed, Dickson sang in the mid- to late 1940s.

Dickson is almost forgotten today. It’s hard to find much information about him on Wikipedia -- just a brief obituary and a YouTube entry, and only one of his recordings is in print. But Nelson Eddy can be found everywhere. Chase and Sanborn also featured pop music of the day, sung largely by Don Ameche and Dorothy Lamour. The introductions identify these songs as hits, though few of them are remembered today. It all got me thinking about the fine line between temporary fame and enduring fame.

Then came the Criterion Collection’s reissue of Moonrise, a film I’d heard of only in passing, from a director totally unknown even to this film buff: Frank Borzage. Moonrise was Borzage’s second-to-last major film, shot for less than $850,000 at Republic Studios, in 1948. But Borzage directed more than 100 films, beginning in 1913, and was at one time considered one of Hollywood’s top directors. In fact, in 1929 he won the very first Oscar ever given for Best Director, Dramatic Picture, for 7th Heaven; and in 1932 he won the Oscar for Best Director, for Bad Girl. Perhaps Criterion hopes to restore Borzage’s image by releasing this great-looking 4K transfer of Moonrise, but it would have been better, in my opinion, to have restored 7th Heaven or one of Borzage’s earlier films, such as Strange Cargo (1940). Moonrise has some good moments, even a few arresting ones, but overall, the script, which vacillates between film noir and a tale of morality and redemption, is weak and unfocused. 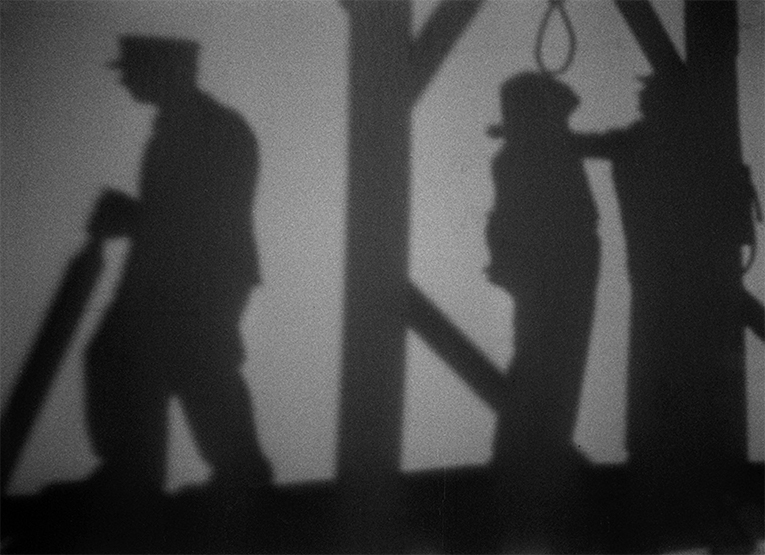 One of the best scenes is at the very beginning. We see an indistinct image of shoes, reflected by rippling water. The camera pans right, and we see that the reflections are caused by three men, seen from the waist down, marching in rhythm. The camera then pans to a shadow cast on a wall of a man being hung. That shadow then falls over an infant in a crib. But as the camera dollies back, we see that the shadow is cast by a hanging toy. The life of the boy in the crib, Danny Hawkins (played as an adult by Dane Clark), is turned upside down when his father is arrested for murder and hanged. In images of childhood bullying that are perhaps even more brutal than are seen on TV today, young Hawkins is constantly hounded by his peers for his father’s crime.

As an adult, Hawkins fights with his main tormentor, Jerry Sykes (Lloyd Bridges), smashes his head in with a rock, and kills him. The movie then becomes a film noir: as clues are discovered, the noose of guilt is drawn ever tighter around Hawkins’s neck. His girl, Gilly Johnson (Gail Russell), sticks by him, as does the unusually understanding sheriff, Clem Otis (Allyn Joslyn). Words of wisdom come from Mose Jackson (Rex Ingram) and Grandma Hawkins (Ethel Barrymore), but Hawkins’s only motivators are fear and escape -- until the final ten minutes, when this film noir suddenly and awkwardly shifts gears to a story of redemption. It’s as if your TV has suddenly switched itself to the Hallmark Channel. 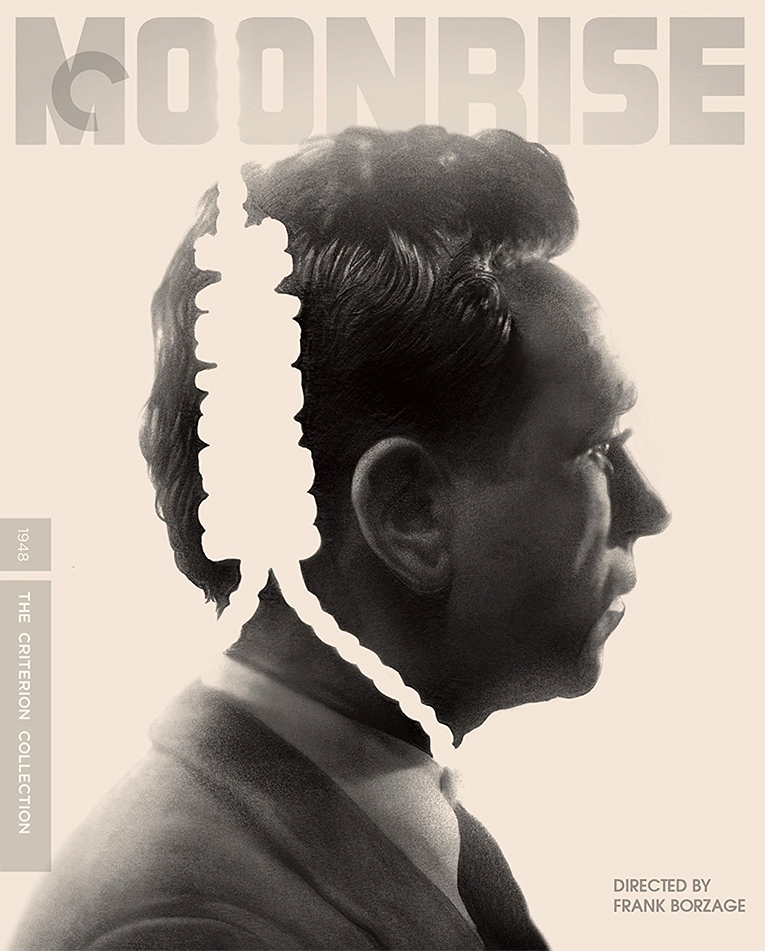 Moonrise was cinematographer John L. Russell’s third film. His second, also released in 1948, was Orson Welles’s Macbeth, and 12 years later Russell would bring his expertise with shadow and light to Alfred Hitchcock’s Psycho. As usual, Criterion has come up with a 1.37:1 video transfer that makes it easy to forget that you’re watching a 70-year-old film. Images are rich in detail, and the contrast in the black-and-white images is rich and full. The monaural soundtrack delivers dialog with clarity, and does well by William Lava’s swooning score. The extras include a video Q&A with film historians Hervé Dumont and Peter Cowie, and the text of an essay by critic Philip Kempe. Both shed a lot of light on Borzage’s career.

Moonrise is no great shakes overall, but it has its moments -- and if you’re a fan of Gail Russell, Rex Ingram, or Ethel Barrymore, it’s well worth watching those actors at work. Criterion has made an effort to boost Borzage’s name, but with a film that is basically weak. It’s probably a better rental than a purchase.

Be sure to watch for: The opening sequence is the best in the film, but others are notable for their period detail -- such as the interior of a small-town mercantile store, or men waiting for a train to arrive. Republic Pictures was cheap: The train never appears onscreen, but through good acting, editing, sound effects, and a little steam and smoke, you’re sure it’s there.