In 1950, John Huston directed The Asphalt Jungle for MGM and set the pattern for virtually every caper/heist movie to follow. Rififi in particular, with its intricate, suspenseful, nearly dialogueless depiction of a theft, owes much to Huston.

The film is based on the novel by W.R. Burnett, known for hard-hitting crime stories such as Little Caesar and High Sierra, and is in three neat sections: the planning of a jewel heist, the burglary itself, and the denouement as each thief is caught and/or dies. But in Huston’s films, plot usually serves only as a framework on which to hang vivid characterizations, and this one is no exception. Dix Handley (Sterling Hayden) is a mean, self-absorbed man who dreams of his boyhood in Kentucky while digging himself deeper into criminality. Doll Conovan (Jean Hagen), the gal Dix doesn’t deserve, is the epitome of the second female lead in a noir film: a woman who supports her man no matter what. Alonzo D. Emmerich (Louis Calhern) is a bored lawyer looking for excitement who’s exceptionally polite to his wife, May (Dorothy Tree), while carrying on with a young blonde bombshell, Angela Phinlay (Marilyn Monroe). And the caper’s brilliant mastermind is Doc Erwin Riedenschneider (Sam Jaffe).

All of these are fully fleshed-out characters not that different from regular people -- as Emmerich observes, crime is “a left-handed form of human endeavor.” Many of the criminals in The Asphalt Jungle are people we root for: we want them to get away with it. Much of that feeling has to do with Huston’s screenplay, cowritten with Ben Maddow. Although he remains true to the characters, Huston shifts the emphasis from the police force to those who commit the crime, and their supporters. 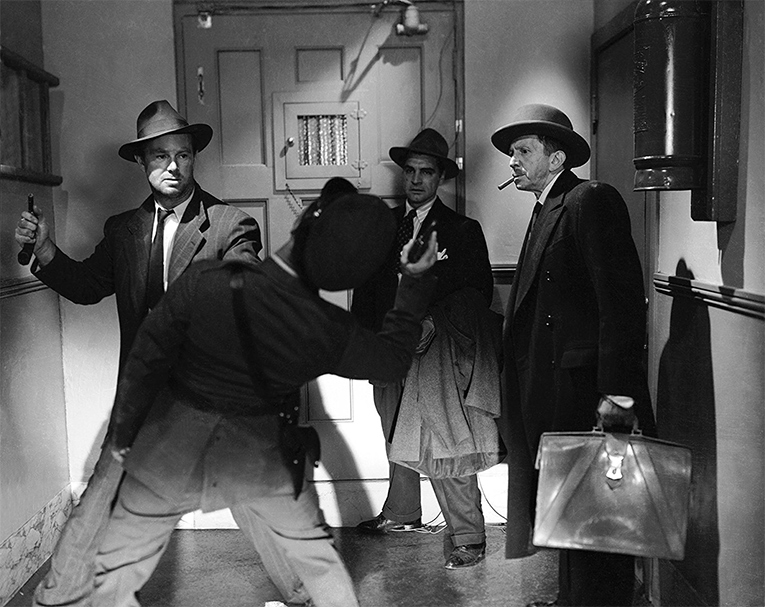 Along with suspense aplenty, The Asphalt Jungle has strong elements of noir, especially in the play of shadows and light with which its flawed characters are photographed. Criterion’s detailed black-and-white video transfer is totally faithful to cinematographer Harold Rosson’s vision. The sound is robust for 1950; Miklós Rózsa’s orchestral score, heard only under the opening and closing scenes, is impressive, as are the dialogue and sound effects throughout the film.

The extra features are abundant and interesting. There’s a documentary nearly two hours long about Sterling Hayden and titled Pharos of Chaos, for the Paris barge on which Hayden was living in 1983, when the documentary was made. Hayden, then 65, was by that time a full-blown alcoholic who swigged straight from the bottle and had developed a disjointed way of speaking, with “uhs” and other tics rhythmically inserted into his speech. I watched with a combination of fascination and horror. Although his barge-era diatribes are at times painful to watch, passages and clips from earlier in Hayden’s life and career are inserted often enough to give a three-dimensional portrait of the man and actor over time.

The soft-spoken Drew Casper, an author and professor of critical studies in the School of Cinematic Arts at the University of Southern California, provides a feature-length commentary loaded with good information, much of it opinionated. Interviews with film noir historian Eddie Muller and cinematographer John Bailey provide information about the filming of The Asphalt Jungle, and there is archival footage of Huston himself discussing the film. Last but not least are a one-hour episode of the TV program City Lights featuring Huston discussing his work in 1979, and a hard-hitting trailer. 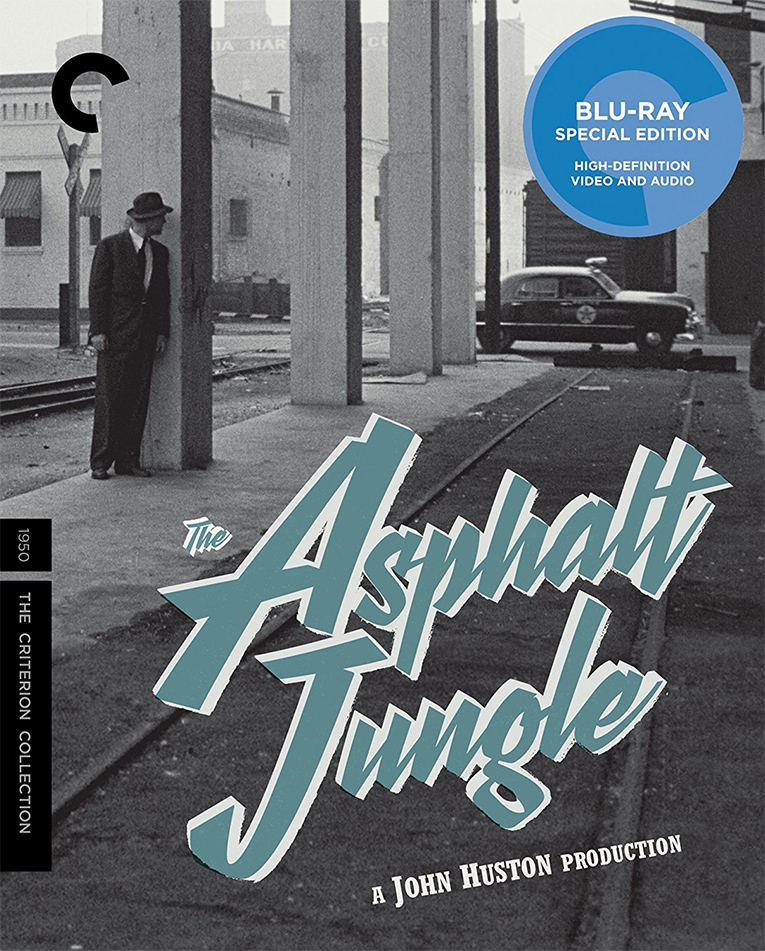 Both significant and highly entertaining, The Asphalt Jungle is a must-see. It was the film that defined the heist genre, and it brought fame to Marilyn Monroe. Criterion has done a thorough job of presenting it on Blu-ray.

Be sure to watch for: In this film, Huston often had the actors move instead of the camera, and a great example is the scene between Hayden and Hagen in chapter 27: Hagen begins almost in the background, and ends up in the foreground occupying more than half the frame.