Night Train to Munich (1940) was one of the first films to get Reed noticed, and it owes much to Alfred Hitchcock. In fact, it’s hard to talk about it without bringing up Hitchcock’s The Lady Vanishes (1938). Both films take place on trains, and both were written by Sidney Gilliat and Frank Launder. Two comic characters from The Lady Vanishes, Charters (Basil Radford) and Caldicott (Naunton Wayne), reprise those roles in Reed’s film. The two films share the same female star, Margaret Lockwood, though Hitchcock’s male lead, Michael Redgrave, was replaced by Rex Harrison in Reed’s film. Many have surmised that, had Hitchcock not then moved to the US, Night Train to Munich might have been given to him to direct.

Not that Reed does a bad job, but his genius was then only beginning to emerge; Hitchcock was already near his peak. One can imagine the many subtleties and perfect timings that Hitchcock might have come up with to turn Reed’s very good World War II spy thriller into something more like a masterpiece. 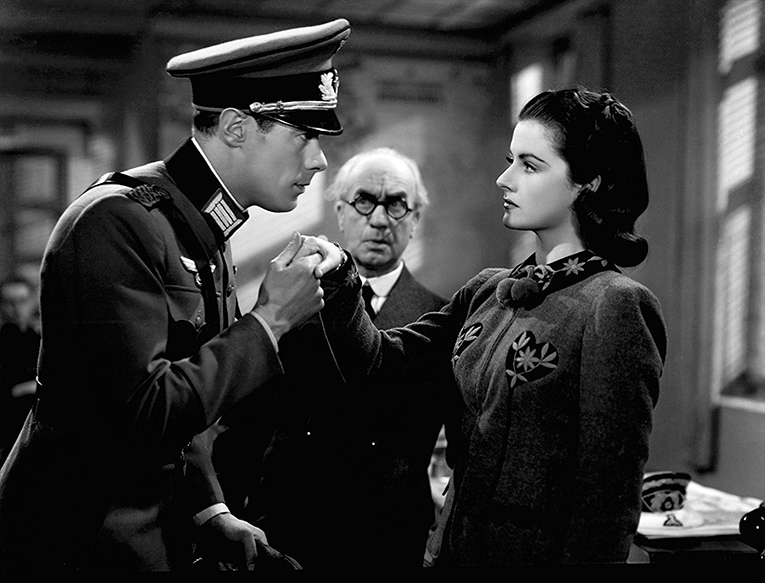 The basic plot is simple enough. It’s the literal eve of World War II, in September 1939. British agent Gus Bennett (Harrison), disguised in full Nazi regalia as Ulrich Herzhoff, is tasked with aiding scientist Axel Bomasch (James Harcourt) out of Germany to safety. Gus has previous history with Bomasch’s daughter, Anna (Lockwood), and knew Charters and Caldicott when he was calling himself Dickie Randall. Much cat-and-mouse confusion of identities ensues during the trip to Munich, at times light on the surface but, thanks to the Nazis, rife with terror. A final, underwhelming shoot-out sets things right.

The Criterion Collection’s excellent transfer was created from a 35mm duplicate negative, the audio restored from a 35mm magnetic track. As usual with Criterion, the images are crisp, the contrast ideal. The sound is OK -- other than the brief credits and the closing action scene, there’s little enough music that the contributions of composers Louis Levy and Charles Williams go uncredited. The dialogue is easy to understand, and background noise has been successfully removed.

There are extras: a 2010 video conversation between film scholars Peter Evans and Bruce Babington, and a printed essay by Peter Kemp, a regular contributor to Sight and Sound. Both are on the dry side, and the color of the Evans-Babington exchange is quite under par for a 2010 video. 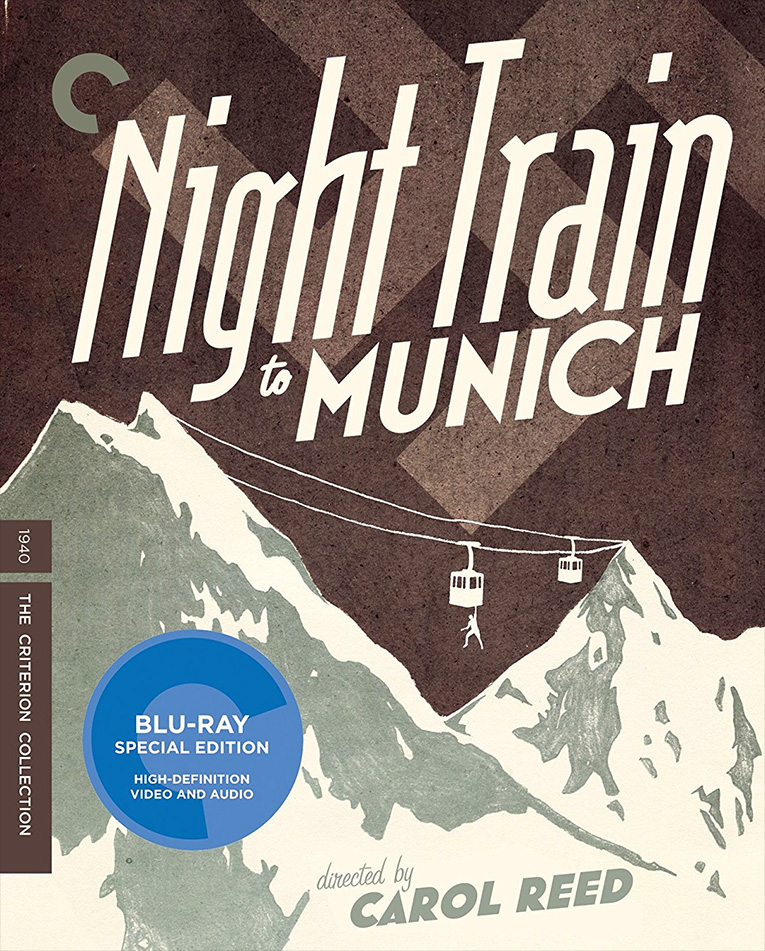 Night Train to Munich is fun to watch, and to compare to The Lady Vanishes. It’s a must for any collector of Carol Reed films, but others might be advised to rent, and instead spend their money on one of Reed’s three 1947-49 masterpieces -- all available in Criterion Collection editions.

Be sure to watch for: Chapter 18 opens on a newsstand in a German train station, where we see on display a copy of Margaret Mitchell’s Gone with the Wind flanked by copies of Adolf Hitler’s Mein Kampf. The magazine covers and newspapers are sharply defined, and, in a humorous touch and a nod to the beginning of the war, a clerk restocks the shelf with three copies of Hitler’s book, hiding Mitchell’s behind the middle one. A Germany gone with the wind, indeed.