When it was first shown in 1964, The Soft Skin (French title: La peau douce) was a big flop. Audiences who had cheered for François Truffaut's previous films -- The 400 Blows (1959), Shoot the Piano Player (1960), and Jules and Jim (1962) -- didn't know what to make of a typical love-triangle story. I remember being somewhat cold to it myself. But history has been kind to the movie; it has acquired a following among cinema fans, and we can now see that though its story might be typical, its execution is anything but ordinary.

Jean Desailly plays Pierre Lachenay, a middle-aged publisher who is an authority on Balzac's life and works. At the beginning of the film, he seems to be happily married to Franca (Nelly Benedetti). They live in a well-appointed flat (which was actually Truffaut's own apartment) and have a charming little daughter, Sabine (Sabine Haudepin). Pierre travels a lot on the lecture circuit and meets airline hostess Nicole (an amazingly beautiful Françoise Dorléac), to whom he is instantly attracted. They begin an affair, but Nicole is really only looking for a chapter in her life, while the hapless Pierre views her as a whole book. 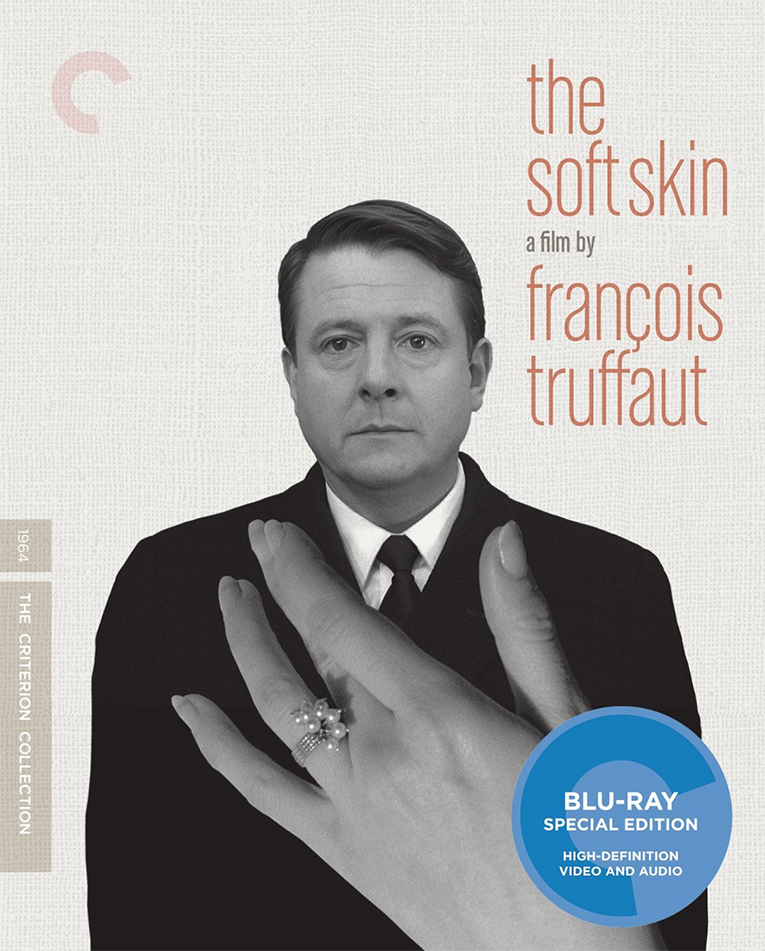 When Franca finds out, Pierre leaves, and then Nicole leaves him. It's a tempest that will result in tragedy. The film's ending, by the way, was inspired by a real-life incident. Though it is widely known to film scholars, I won't divulge it in case you have never seen the movie. Let's just say it's somewhat sensational.

A few years before filming started on The Soft Skin, Truffaut began interviewing Alfred Hitchcock, who he called the greatest director in the world. It's not surprising, then, that many of Hitchcock's cinematic devices would work their way into Truffaut's films. Quick cuts, close-ups of inanimate objects, and an overall rapid yet stuttered pace turn this ordinary story into a suspenseful masterpiece of style and tribute.

Criterion's transfer of this black-and-white film is excellent in daylight and bright interior scenes. I felt that many scenes shot in the dark could have been a little sharper and better contrasted, though the scene in which Pierre caresses Nicole's sleeping body is perfect -- it's no doubt the scene that gave the film its title. The mono sound is quite good. Georges Delerue's appealing score sounds noticeably good, and all of the dialogue is clean and clear. For English-speaking audiences, Criterion has provided subtitles that are easy to read. Since many of the scenes depend on the actors' glances, reading subtitles is not the task here that it can be in chattier movies. 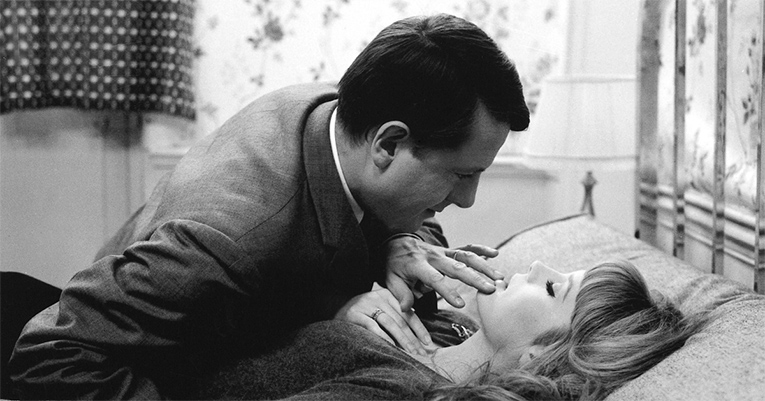 You will have to read the subtitles for the commentary track, however, as it is also in French, featuring screenwriter Jean-Louis Richard and Truffaut scholar Serge Toubiana. The two are charming as they make screen-specific comments that divulge a lot of film facts. In addition to commentary, the extras include two short documentaries that delve into the Hitchcock-Truffaut relationship, and there's an interview with Truffaut from 1965. The set's booklet has a breezy, well-informed essay by critic Molly Haskell.

The Soft Skin is not Truffaut's best film, but it's a very good one that deserves another look. Put it on at home as a double bill with Hitchcock's Notorious (1946), Vertigo (1958), or The Birds (1963), and you'll easily spot the deep stylistic influences Hitchcock had on Truffaut.

Be sure to watch for: In chapter 11, Pierre is in Reims to introduce a film about André Gide. He is presented to the local arts council, beat for beat, exactly as Nazi spies are introduced to Ingrid Bergman in Hitchcock’s Notorious.