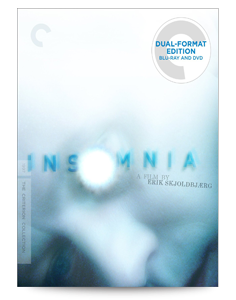 A Different Kind of Thriller

Insomnia was the first feature film for director and screenwriter Erik Skjoldbjærg, and it was so admired that Christopher Nolan did a US remake. That excellent version is probably best known to North American audiences, since it starred box office favorites Al Pacino and Robin Williams. Nolan's version is quite good, but the original has much to offer as well.

The plot is basically the same, but I'll give you the Norwegian/Swedish version. Swedish police detective Jonas Engström (Stellan Skarsgård) has been sent to a small Norwegian town to help its police department solve the brutal murder of a teenage girl (Maria Mathiesen). It's the time of the year for the midnight sun, meaning it's always daylight and Engström cannot sleep, hence the film's title.

While setting up a trap for the killer, Engström inadvertently commits a crime of his own when he mistakenly shoots his partner, confusing him in the heavy mist for the criminal. The rest of the film finds Engström trying to solve the main crime while covering up his own. It is this twist, plus a brilliant performance from Skarsgård, that turns this police procedural into a thriller. In Nolan's film Pacino plays the detective role more overtly, whereas Skarsgård keeps it all inside. Skarsgård's face is at times like a mask, but you can tell from his eyes and a little twitch here and there what he is feeling. 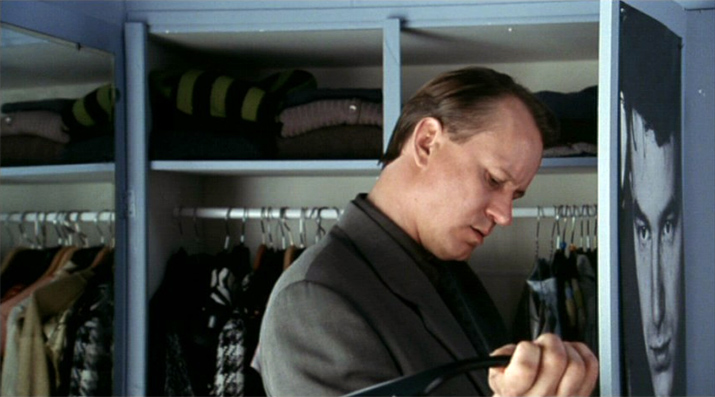 Director Skjoldbjærg says in an interview included as an extra that he wanted to flip the film noir genre upside down. Film critic Jonathan Romney, who wrote the excellent notes for the Criterion booklet, suggests we might call it film blanc, since all of the shadows and dark scenes associated with noir are replaced with scenes of light, with blown-out whites and pastel colors that have almost no depth. Skarsgård's face is so pale at times that he appears a bloodless vampire. Steely blues are prominent, and they're played against the whites right from the beginning when Engström examines the girl's body in a hospital morgue with white walls and ceilings, the white relieved only by the blue scrubs. The blanc effect is very pronounced throughout the movie. We know it is driving Engström a bit crazy, but as the movie progresses it also begins to wear the audience down, adding to the nervous, paranoid thrills.

Criterion has brought this film to Blu-ray and DVD (both versions in the same box) with its usual eye to detail. The sound is interesting -- it's Dolby 2.0 Surround, and the notes recommend that it be played back with Dolby Pro Logic circuitry. Most receivers and processors, including mine, offer that option, so I tried it and found the tracks vital and alive with excellent use of the surrounds.

In addition to the aforementioned essay and interview, there's also a trailer and two early short films by Skjoldbjærg: Near Winter (1993), and Close to Home (1994). The former is a beautiful portrait of an old man facing death on an isolated Norwegian farm; the latter is a police procedural of a rape case that leaves a lot of decision up to the audience. Special thanks for Criterion are in order, for it's unlikely that you'll encounter these two gems anywhere else.

Moody, brooding, and thrilling, Skjoldbjærg's Insomnia is well worth viewing.

Be sure to watch for: There's one dark scene in the movie when the police chase the killer down a tunnel, their flashlights making circular arcs that cut through the darkness like knives. It's a thrilling shot.