"Beasts of No Nation"

Cary Joji Fukunaga has been making quite an impression lately as a director with vision and one who values diversity. He directed the first season of True Detective for television, and it was a doozy. In Beasts of No Nation, adapted from the novel of the same name by Nigerian-American author Uzodinma Iweala, he tackles the story of a child soldier. Its main character, Agu (played by impressive discovery Abraham Attah), is a young, upbeat boy living in a village in West Africa, who spends his time playing games of fantasy and make-believe with his friends. 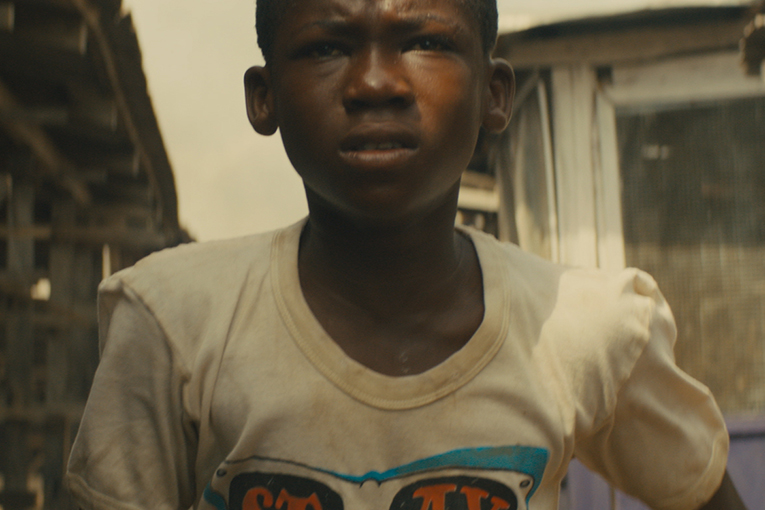 When a brutal civil war erupts, Agu’s village is ransacked, and his family is murdered. While trying to escape, he is captured by a band of rebel soldiers led by the charismatic Commandant (a role brought to life by a dynamic Idris Elba). The boy, along with a handful of others, undergoes a harrowing indoctrination intended to shape him into a child soldier. First, he is plied with heroin, then he suffers sexual abuse at the hands of his mentor. To complete the final test in his initiation, he is ordered to kill a prisoner with a machete, a directive he knows he must follow in order to avoid being killed himself. From this point forward, this boy, who in a better world would be holding a baseball glove and fielding pop flies, now sports an AK-47 automatic rifle that he is all too willing to use.

At several points in the extras, we are told that the film’s violence has been toned down from the realities faced by contemporary child soldiers. That takes something of an edge from the film, which it needs, especially in its central section. Even so, the Hollywood horror that it does portray is gritty and ugly.

The cast is perfect. Attah is charismatic as a young boy in the terrifying process of becoming a child soldier. He commits atrocities, then smiles as if he hasn’t done anything. Perhaps he’s acting as any traumatized kid would under the circumstances? Elba plays Commandant as a three-dimensional character. Yes, he’s a cruel, manipulative monster, but he has a human core. 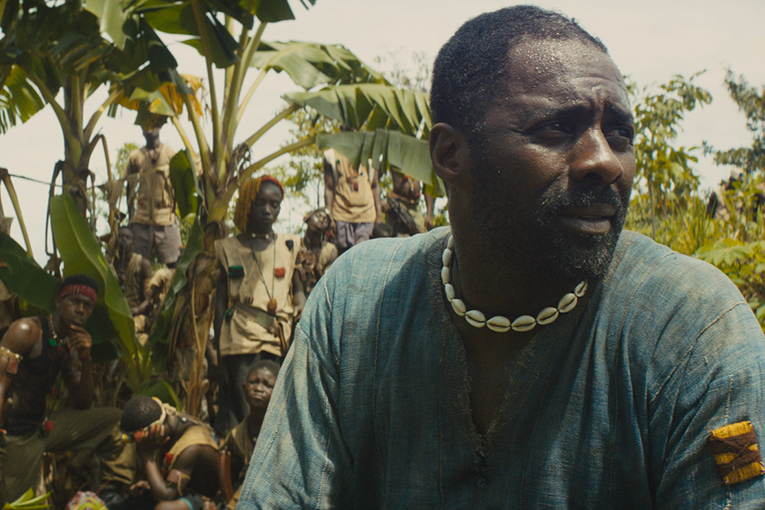 The movie was shot digitally in a somewhat muted color palette, with bright accents here and there. A lurid scene depicting Agu’s reaction to heroin is shot in a highly unsettling purplish-pink hue. Criterion’s transfer of the 2.39:1 image is full of detail and has excellent contrast. The 5.1-channel surround soundtrack is clean and bustles with location-specific ambient sounds. The intelligibility of the dialog is first-rate, and the music expands out and around the battle and pyrotechnic sequences to add much excitement to the viewing experience.

The extras are excellent and greatly contributed to my enjoyment of the film. There’s a commentary track featuring director Fukunaga and assistant director Jon Mallard, in addition to a new documentary on the making of the film that includes interviews with Fukunaga, author Uzodinma Iweala, actors Attah and Elba, and members of the production team. I found the short documentary with costume designer Jenny Eagan intriguing; it shows in graphic detail the methods used to give a sense of realism to the costumes, right down to rolling them around in a cement mixer filled with rocks! There’s also an interview with Elba and social TV commentator Franklin Leonard, as well as a booklet with an article by film critic Robert Daniels. And finally, there’s the dramatic trailer. 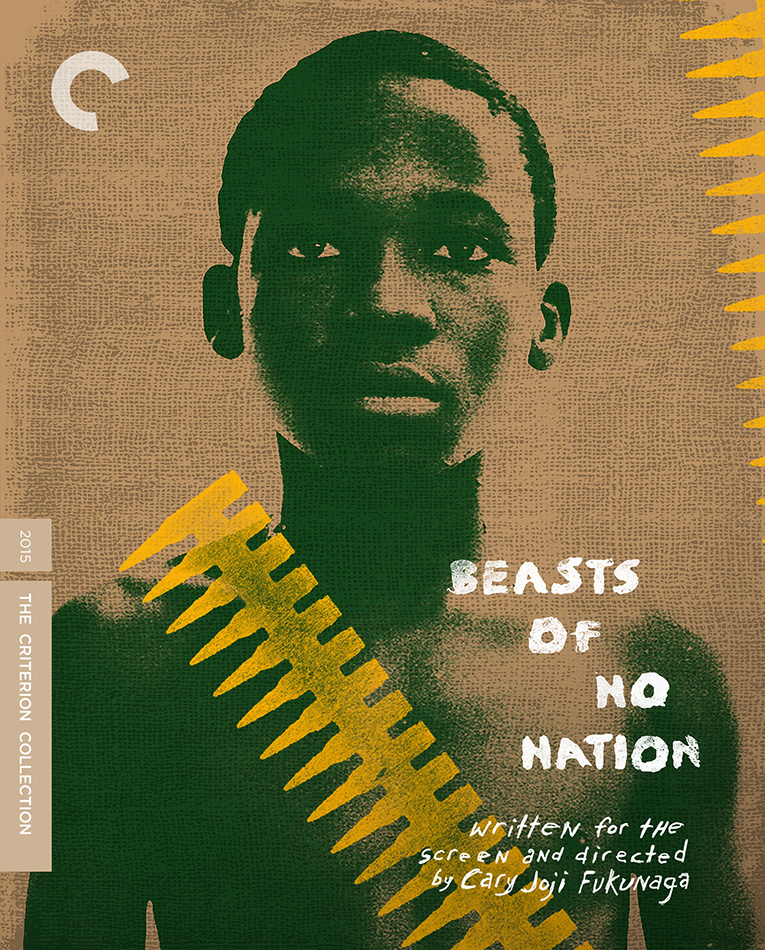 Beasts of No Nation is a difficult viewing experience, but it’s well worth the effort. It features a compelling story, crackerjack performances, and memorable visuals. Criterion has done it proud with its virtually impeccable presentation.

Be sure to watch for: A violent, unforgettable scene in which Agu shoots a woman who he first reacts to as if he's seen his mother. The casual manner in which he carries this out creates a sense of profound dissonance with the upbeat ending of the movie. Can this child really forget the atrocities he took part in and simply splash around in the surf with his friends?