A City of Eight Million Stories

“There are eight million stories in the Naked City. This has been one of them.”

That voiceover, by co-producer Mark Hellinger, ends this groundbreaking film by paying tribute to its real star: New York City. Though the story itself is a straightforward police procedural, the city serves less as mere setting or background than as foreground and principal character, emerging from the teeming millions who call it home. This effect is achieved by using actual New York locations in a style that some critics have called “semi-documentary.” Now commonplace, location shooting was rare in 1948, the year of The Naked City’s premiere, when most films were still shot on soundstages and studio back lots, but it was a natural for this film and for the later TV series, Naked City (1958-1963), also based on Hellinger’s original story.

We see kids jumping off a pier into the East River, other kids splashing in the gush of an open fire hydrant, street vendors, young women admiring a dress they’d never be able to afford, workers atop a new skyscraper, and people just going about their business. Amid this serial group portrait of city life we’re introduced to the murder of a fashion model. The investigation of the crime is assigned to Lieutenant Dan Muldoon (Barry Fitzgerald), an Irish bulldog of a seasoned officer with a wicked sense of humor and a never-flagging optimism. He assembles his team and begins investigating. 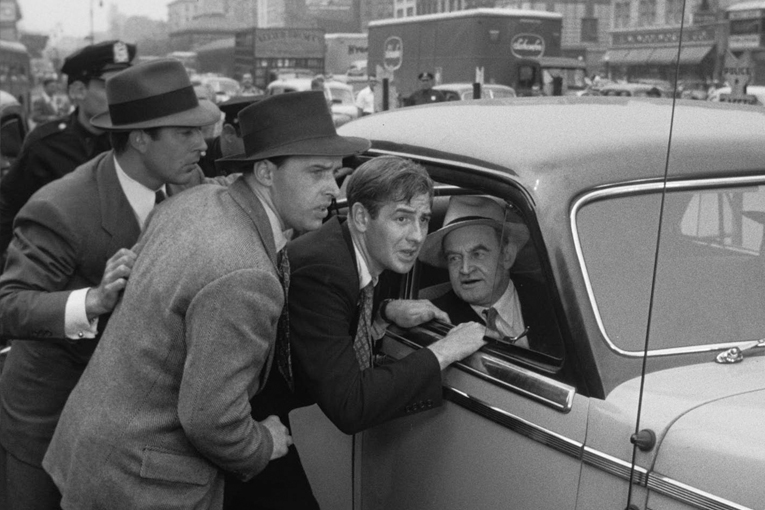 And here is one of the big differences between this and other procedurals. There are no glamorous detectives, no McQueen or Newman or even Bogart—just hardworking guys who, guided by Muldoon, pound the pavement in search of clues. They turn up playboy Frank Niles (Howard Duff), a habitual liar who drags several red herrings across the trail. Glimpses of the domestic life of investigator Jimmy Halloran (Don Taylor) lend humanity to the action, reminding us that most police officers are just normal working men (and, today, women).

Nonetheless, tensions mount, the pace quickened by Muldoon’s persistence (and Jules Dassin’s surefooted direction). The killer is finally identified, which leads to an exciting chase scene that takes full advantage of the New York cityscape—at one point we see the killer, Willy Garzah (Ted de Corsia), high atop the Williamsburg Bridge, looking down. Below him, tiny as ants, are people in white shorts playing tennis. But despite the drama happening far above them, city life goes on. 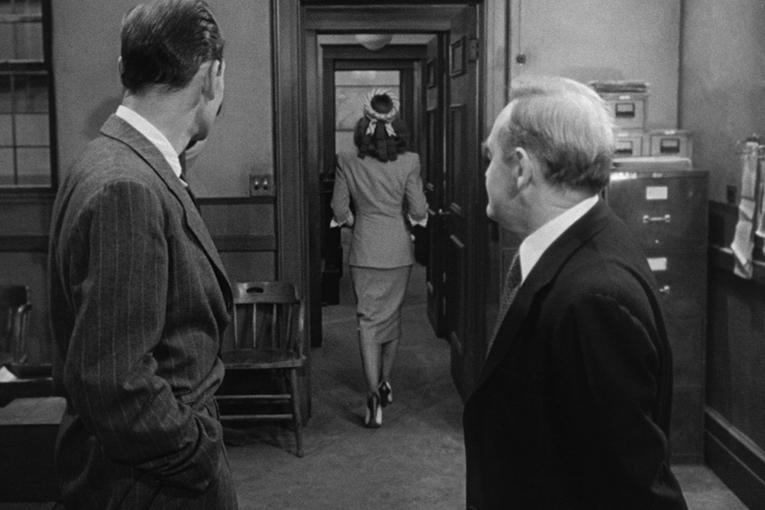 Criterion has released The Naked City before, on DVD. This new BD-and-DVD edition is based on a 4K transfer created by the TLEFilms Restoration & Preservation Services in Berlin from four separate elements. The quality varies a bit, but basically it’s crisp and clean, with ideal contrast that will make you happy the film was shot in sharply etched black-and-white. The mono sound isn’t bad for 1948—there’s no audible distortion and the dialog is clear, but there’s little bass; the orchestral score, by Miklós Rózsa and Frank Skinner, can’t be heard to full advantage.

The extras, mostly from the earlier DVD edition, include a screen-specific commentary by original screenwriter Malvin Wald; an interview with film scholar Dana Polan; an interview with author James Sanders, author of Celluloid Skyline: New York and the Movies; and strange footage of an appearance by director Jules Dassin at the Los Angeles County Museum of Art in 2006. It’s amusing, but presents Dassin (Rififi, Topkapi, Never on Sunday, Brute Force, The Canterville Ghost), then 94, as an aging if lovable comic character. The booklet includes a succinct essay by author Luc Sante, who specializes in books about New York crime, and a letter from Hellinger to Dassin about the film’s final chase scene. 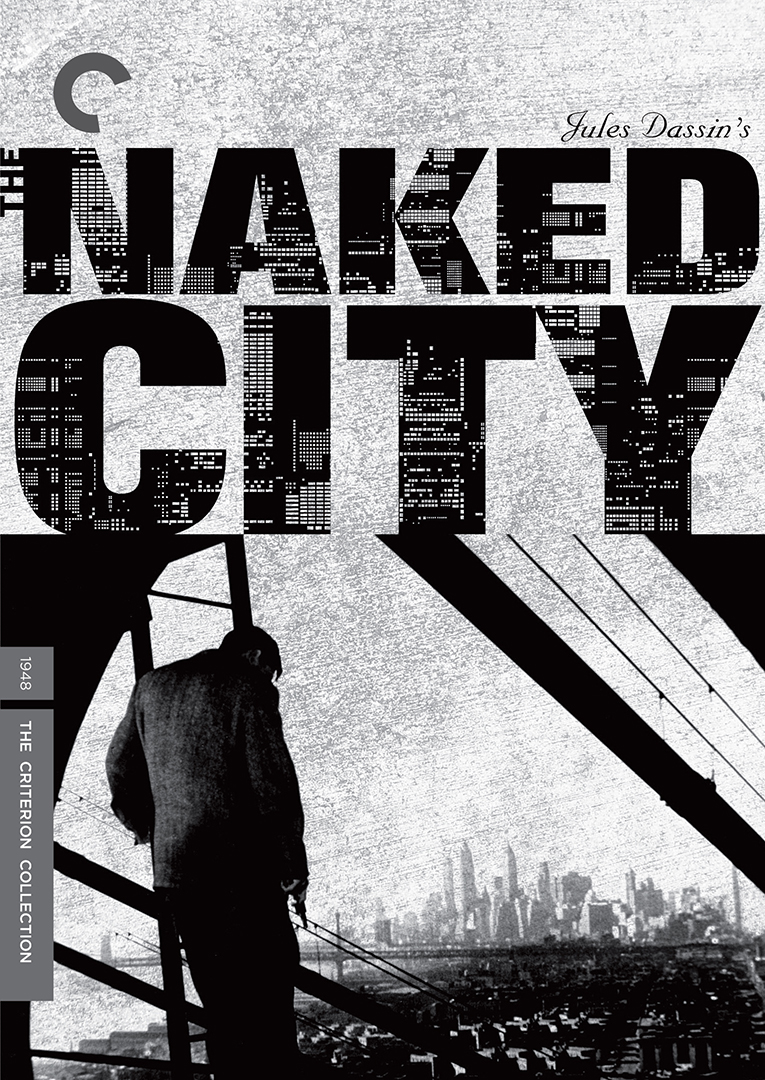 The Naked City is a most entertaining movie that will hold your attention from first shot to last. Its semi-documentary views of 1948 New York provide memorable moments, and its pace is brisk. The film revolutionized location shooting, and is a nice addition to the genre of the police procedural. Criterion has done it proud.

Be sure to look for: The final chase scene is one of the best ever filmed. Thanks to Rózsa’s rhythmic, pungent music and Paul Weatherwax’s Oscar-winning editing, watching this sequence is a breathless experience.