Around 15 years ago I visited an audio store with associate editor Roger Kanno to listen to Definitive Technology’s latest bipolar speaker. The salesman, Serge, asked us why, insisting that bipolar was dead. We both laughed at him, since at the time the bipolar speaker was well represented in a number of loudspeaker lines beyond Definitive, including Mirage and Paradigm. In fact, Mirage devoted their entire line to bipolar loudspeakers.

Over the years, I’ve reviewed a variety of bipolar speakers, especially in the rear-surround position, and I’ve even owned an entirely bipolar home-theater system -- a Mirage OM-9-based setup. Although bipolar surround speakers are in use everywhere, sadly, bipolar mains are dwindling. Paradigm no longer makes them, and Mirage doesn’t exist anymore.

Surprisingly, Definitive Technology announced in 2010 their newly revamped line of bipolar speakers, consisting of four new tower speakers, three center-channel speakers, and two surround speakers. With virtually no other mainstream speaker companies producing bipolar main speakers, I’m pretty excited by this announcement, but it also reopens the question of whether, as Serge pointed out 15 years ago, bipolar is dead.

The usual configuration of bipolar loudspeakers involves identical drivers on the front and rear faces of the speaker. These drivers operate in-phase (all drivers pushing "out" at the same time), unlike dipole speakers, where the drivers run out of phase (while one set pushes out, the other pulls "in"). The net result of either speaker is that a lot of sound bounces off the wall behind the speaker. This is in contrast to direct-radiating, or monopole, speakers, which make up around 95% of all speakers and which have very little or no sound directly pointed to the back wall.

Should we care about the sound off the back wall, or side walls for that matter? Isn’t the direct sound the only thing that matters? For most people without a heavily acoustically treated room, the answer to the first question is yes, and to the second no. For the vast majority of speakers and rooms, the sound you hear from a loudspeaker is the sum of its direct and reflected sound. In fact, most of the sound from a loudspeaker is reflected off the walls. So it is important for speaker designers to pay attention to the reflected sound. 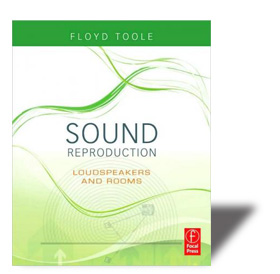 In his book Sound Reproduction: Loudspeakers and Rooms, world-renowned speaker expert Dr. Floyd Toole looks at research showing that most people value a neutral speaker without excessive brightness and coloration. But for the vast majority of people, the single most important characteristic of a speaker is spaciousness, or reproducing a feeling of space. In order to reproduce a sense of space, a speaker must have wide dispersion, where sound is spread broadly so that it reflects off the walls of the room. Another necessary characteristic is similar frequency response curves for the direct sound as well as the reflected sound, called a constant directivity index. In other words, the sound bouncing off the walls should be very similar to the sound directly from the speaker. And what type of speakers can easily display these desirable traits? You guessed it -- bipolar speakers!

Dr. Toole and the other speaker designers I spoke to agreed that the desirable traits of speakers favor bipolar radiating speakers, yet none of them worked for manufacturers that produced bipolar main speakers. I questioned why there are so few manufacturers producing them.

One of the reasons is that bipolar speakers didn’t sell because the public thought they don’t image well. This belief was based on the mistaken assumption that what you hear is mostly on-axis, and that extra drivers that don’t even point towards you would ruin imaging. Having lived with bipolar speakers for years, I can say that the lack of good imaging is false. They can and do image well, and they tend to sound more natural, in the sense that most sound you hear around you, in your home or a concert hall, is reflected off some surfaces. The hyper-realistic imaging you here with most well-designed direct-radiating speakers can be unnatural sounding. Bipolar speakers, on the other hand, can produce more rounded and three-dimensional imaging, which is less precise but more accurately mimics real sound in a real space.

As Paul DiComo from Definitive Technology pointed out, during blind listening tests most listeners prefer the sound of speakers pointed backwards (towards the wall) for music but prefer direct sound for speech. In research explained in Dr. Toole’s book, the ideal radiation pattern would have the combined reflected sound 5dB higher than the direct sound for music. This would indicate that reflected sound is more important than direct sound. This was indeed the design philosophy of Mirage Loudspeakers, whose Omnipolar array produced a 360-degree radiation pattern with 30% direct sound and 70% reflected sound. Definitive Technology tones this down a bit, and they call their new design Forward Focused Bipolar Array, with the rear drivers attenuated to give both very precise imaging with an added sense of spaciousness.

Another reason that people might be biased against bipolar speakers is the perception that they’re harder to place in a room. With additional drivers, it would be conceivably harder to place them, but my only caution would be to pull them away from the wall behind them a bit. In general, around 1' to 2' is all you would need, and that recommendation applies to most direct-radiating speakers, too. You might also want to make sure that the wall behind them is relatively clutter-free so that the rear drivers have a chance to produce a decent sound wave. But aside from those considerations, they aren’t that fussy to set up, certainly less so than time-aligned first-order-crossover speakers for which inches must be measured out to ensure the sound arrives precisely at your ear from all the drivers at the same time.

Yet another reason that companies might have abandoned the bipolar format is the expense; with additional drivers, more complicated crossovers, and a more complicated cabinet, it’s easy to see that a bipolar speaker is more expensive to design and build. 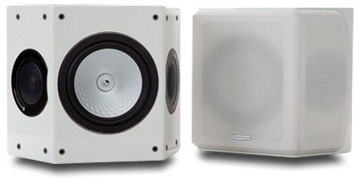 As rare as bipolar main speakers are, the opposite is the case for surround-sound speakers. The vast majority of home-theater-oriented loudspeaker companies have a least one surround speaker with a bipolar radiation pattern. My Monitor Audio Silver RX FX surround speaker has a switch for dipole and bipole operation. I always leave it on the bipole mode. Some of my best experiences with home-theater speaker systems were with bipolar main speakers, too, especially with the Mirage OM-9 system I owned and the Mirage OMD-15 speaker I auditioned for a long period of time. What I found with these two systems is that bipolar speakers tended to create a sense of space better than direct-radiating speakers, and having bipolar mains blended better with bipolar surround speakers. The speakers tended to disappear, and sound images weren’t restricted to the speaker plane but formed all around the speakers.

As you can see, I’m a huge fan of bipolar speakers, and my interest was piqued when Definitive Technology announced their newly revamped line. Although Serge the audio salesman was wrong and bipolar is alive and well in surround speakers, he was somewhat right in that the bipolar main speaker, although not dead, is a rare breed 15 years later. I’m hoping that my enthusiasm for this type of speaker rubs off and you’re compelled to check them out. Perhaps other manufacturers will see the value in this design and this type of speaker will flourish once again.