Hi, and welcome to SoundStage! Xperience. My name’s Mark Phillips, and I’ve had a lifelong love affair with music and audio. I suspect that’s true for y’all, too. My path here to the SoundStage! family of websites may be unusual, but then, there’s no established career path for audio reviewing. Being a good writer isn’t enough—just as important are years of critical listening. I liken it to the training a sommelier goes through, but refining the sense of hearing instead of smell and taste. My training in critical listening came from being a recording engineer, first for classical and jazz recitals at a large university, and later, mostly rock in my own studio and independently. I left the field not long before the digital audio workstation (DAW) revolutionized recording. 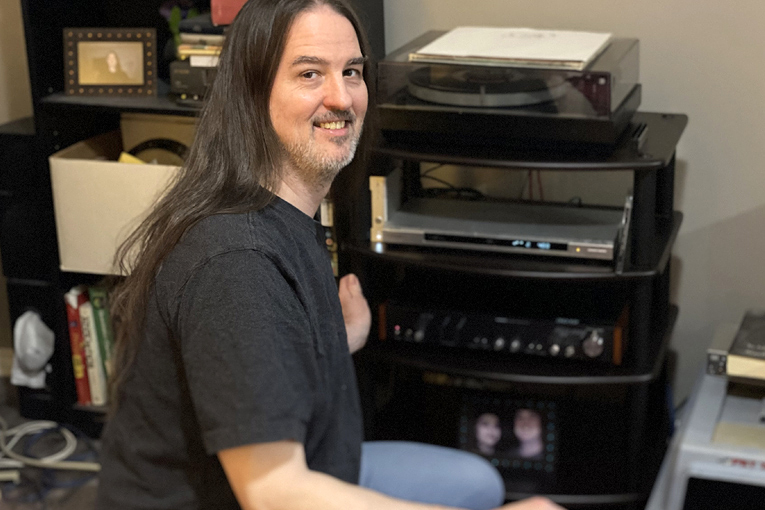 In the last few years I’ve been getting back into audio—both high-quality home audio and recording. I began by improving my home system to the point that I’m now happy with its sound—I’m not done (are any of us, ever?), but at least I’m happy. It’s not ruthlessly revealing, but I can hear fairly deep into a recording through my Boston Acoustics A70 Series II loudspeakers and Tandberg TIA 3012 integrated amplifier, and very deep via my HiFiMan HE-500 headphones and Schiit Audio Asgard 3 headphone amp. I also have a pair of Boston Acoustics T-1030 tower speakers that I bought new some 30 years ago, but their bass overwhelms our current apartment. I enjoy the sound of many of Boston Acoustics’ vintage sealed-box speakers, but they haven’t made them since the 1990s, when they switched to ported designs. I also own a power amp and three preamps that need servicing, several more pairs of speakers, one working and two nonfunctional DAT recorders (drive-motor problems), and various other bits—including three cassette decks, one of which works. 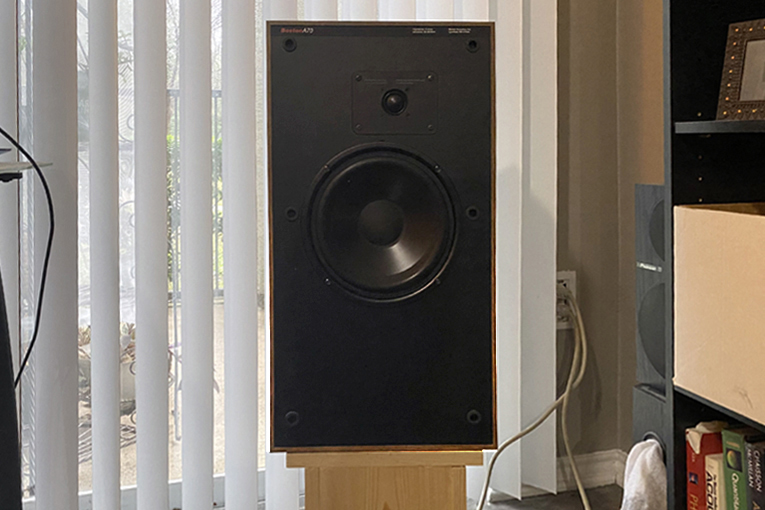 My wife has forbidden my buying any new speakers (my weakness). Well, she had forbidden me—and then I started reviewing. Now they’re tools for work. And while I really, really enjoy my Boston Acoustics A70 Series II speakers (I have a second pair, in case I need to cannibalize them for parts), a more common and relatable speaker would be more appropriate to use as a reference.

One unexpected side effect of listening all day as a vocation is that it dramatically reduced the hours I could spend listening for pleasure. And even when I did listen solely for pleasure, I couldn’t stop my analytical brain from constantly drawing my attention to the technical aspects of whatever recording I was listening to. When I threw in the towel on my studio, I also began to slowly move away from high-quality home audio, for reasons of finances and listening fatigue. My love of music never went away, but after a while I found that I’d begun to ignore the trees (technical aspects) to focus on the forest (the music and how I felt it). My baseline for acceptable playback quality slowly descended as I listened more to the music than to the sound. 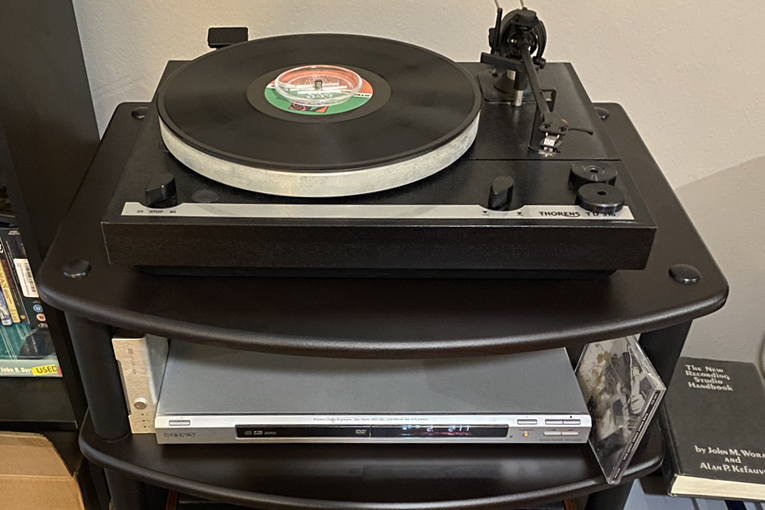 That hiatus from high-quality audio, both at home and in the recording studio, was good for me—it reset how I listen to music. I was able to merge my analytical side with my emotional side. Eventually, though, my ears whispered, “Psst, Mark . . . you’re killin’ us here with this bad sound!” My interest in the trees began again to grow.

Recording engineers and reviewers of audio gear have a lot in common. These different flavors of audiophile do their work at opposite ends of the production chain, but both jobs require someone who can listen critically and has an ability to describe sound. As an engineer, I try to translate what the artist and/or producer are hearing in their heads into a sonic reality that matches their description of it. Like reviewers, engineers must know their tools very well. And just as a reviewer must know the sound of each component in his or her system of reference components and how it interacts with all the other components, in order to hear the effects of a change of any component in that chain, so a recording engineer must intimately know each link in his or her chain of recording and mixing gear before making any desired change in the sound of a recording. Like every phono preamp, each mike preamp has its own sound. Even transformers have their own sounds, depending on several factors, including what their cores are made of—as many enthusiasts of moving-coil cartridges can attest. While a single-ended-triode amp and full-range drivers work well with acoustic music performed by small numbers of instruments, they just can’t rock like a high-power solid-state amp and multiway speakers with big woofers. Right tool for the job. There’s not even much difference between what recording engineers and audiophiles argue about: tubes vs. transistors, analog vs. digital, and just how much or how little cables and interconnects affect the sound. And while the brands differ, brand loyalty abounds in the worlds of professional and home audio. 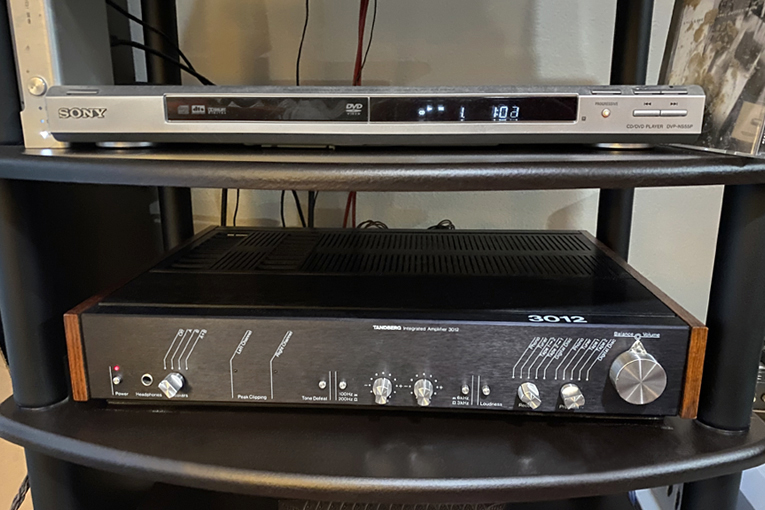 Based solely on my reading of Internet audio forums over the years (I know, I know—it’s the Internet, home of anonymous hyperbole), many audiophiles appear to have misconceptions about how recordings are made to sound the way they do. First, the final product is not the finished mix from the recording and mixdown sessions. The final step is mastering, in which a different engineer—the mastering engineer—polishes up and prepares the finished mix for the various media on which the recording will be released: CD, BD, LP, MP3, MQA, various download resolutions, etc. It’s a lot like what editors do for writers. In popular music, the mastering stage is usually where large amounts of compression are applied and the dynamic range is reduced to make the recording consistently louder. I think this is one reason for the vinyl resurgence—vinyl won’t take the amount of dynamic-range compression and level boosting that digital can, so vinyl is now the most dynamic medium of release for most pop music. (Check out the dynamic-range differences between formats and releases via the searchable database at dr.loudness-war.info.) A visual metaphor would be the difference between a natural grassy field and a hedgerow. The field is full of variations in plant height and type; the hedge is a monolithic row of plants trimmed to precisely the same height and depth. I love dynamic range in recordings, and the reduction in that range over the last 20+ years may be part of why I lost interest in hi-fi audio in the early 2000s—the lack of new recordings of, in my opinion, acceptable technical quality. That tide is finally turning, but we’ve got a long way to go to undo all the damage. 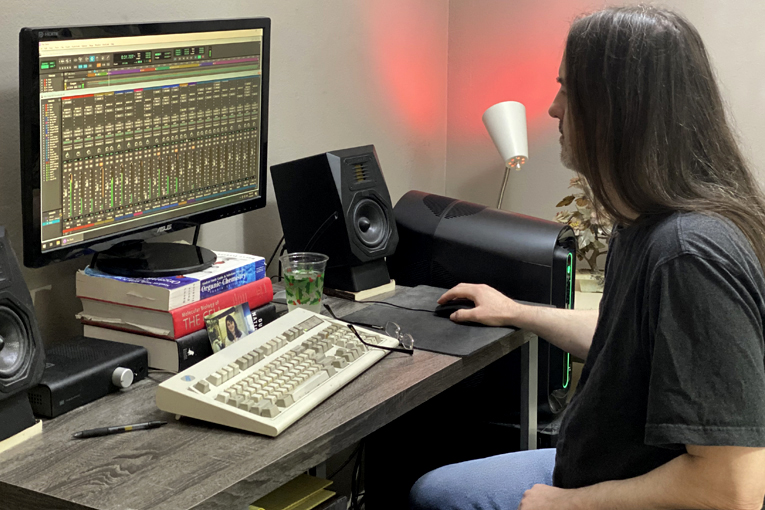 The barrier to entry for recording professional-sounding music has never been lower. A band can easily set up a fully functional recording system in their rehearsal space for under $5000 USD—and that’s for everything they’ll need to record and mix a professional-sounding record. Everything, that is, except experience and good ears, neither of which can be learned from a YouTube video. As a thought experiment, next month we’ll explore how that would look for a rock band consisting of a guitarist, keyboard player/second guitarist, bassist, drummer, and singer (who may or may not play an instrument).