This fall has presented me with high-quality Bluetooth speakers of all sizes and types. Last month it was Grace Digital’s ten-pound EcoXGear EcoXplorer. This month, through an overture from Kickstarter, I’ve crossed paths with the smallest speaker I’ve ever reviewed, the NstaJam Nspire Solo, and found that, in its own way, it can deliver a quality musical experience. It makes a perfect stocking stuffer for those on your holiday list who need better sound to go with their personal devices. Moreover, buying a speaker from NstaJam benefits a number of social causes important to the company. 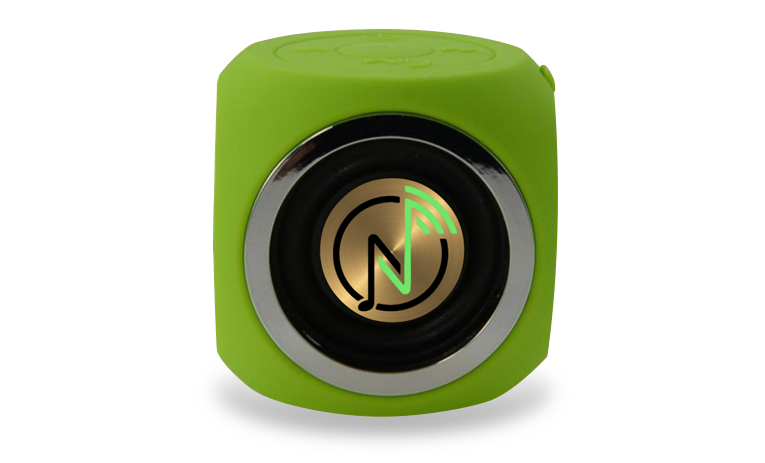 The tiny NstaJam Nspire Solo comes in a plastic storage case with a lift-off top. The case’s upper two-thirds are transparent -- you can see the speaker within, to check the color you’re buying: Sky Blue, Green, Orange, Black, Violet, or Pink. My review sample came in discontinued Beige.

Also in the case are an instruction manual and a short USB-to-Micro-USB charging cord. There’s no audio cable for wired-only devices -- the Nspire Solo is Bluetooth-only. Keep in mind that this is a startup company’s product, and there might be further, minor changes. The company’s logo, for instance, changed between the time I received a preproduction unit and the release of the production version.

The Nspire Solo is tiny: a 1.65” cube with rounded corners that weighs 5.2 ounces. On one surface is the 1.2” driver; on the opposite side is a 1.2” passive radiator emblazoned with the NstaJam logo. Attached to one corner, near the driver, is a short lanyard, made of some sort of nylon thread ending in a leather-type carry handle. 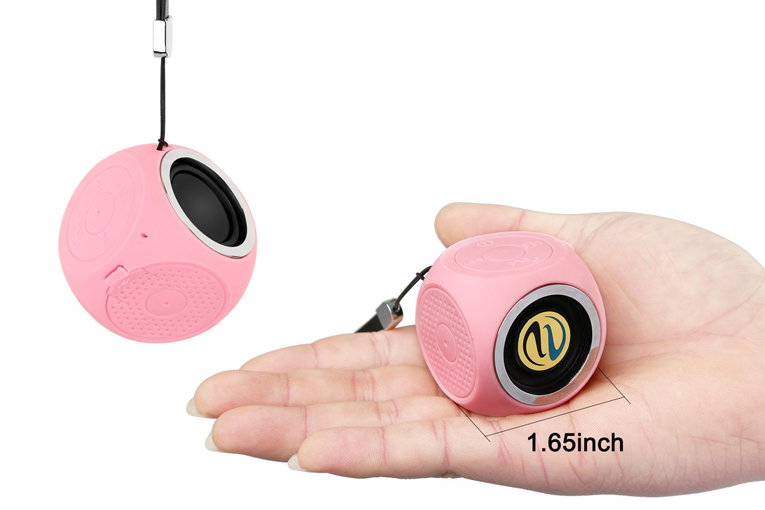 A tab on one side of the cube can be pulled out to expose the charging port -- this must be tightly closed when the speaker is used in a wet environment. On another side is a circle of four pushbuttons arranged around what looks like a pinhole but is actually an LED that indicates which function is active. One of the controls is the Power button; opposite that is a button for Play/Pause and phone functions. The other two controls are multipurpose: One can be tapped to skip forward in your program, or held down to increase the volume; the other can be tapped to skip back, or held down to lower the volume.

This tiny speaker, made of a rubberized plastic, felt very solid overall -- I felt I could drop it, throw it, or fully submerge it in water with no ill effects. Still, you’ll want to protect that exposed driver and radiator -- if you’re carrying the Nspire Solo in a bag that contains anything sharp or with hard corners or edges, you might want to first put the speaker back in its plastic case.

NstaJam specifies the Nspire Solo as using Bluetooth v.4.2, having a waterproof rating of IP67, and producing a power output of 3W. It takes one hour to charge, a full charge yielding a playing time of 3.5 to 5 hours. The warranty is one year, limited, with a 90-day replacement clause. The price is $34.99 USD. For now the Nspire Solo is available only online; NstaJam expects to ship it to bricks-and-mortar stores by the end of the year.

In general, the Nspire Solo was a delight to use. It paired easily with my iPod Nano, and fit just about anywhere. All of its controls worked as advertised -- my only complaint is that their labels are a little hard to read, and not raised enough from the surface of the control wheel to be identifiable by touch alone. 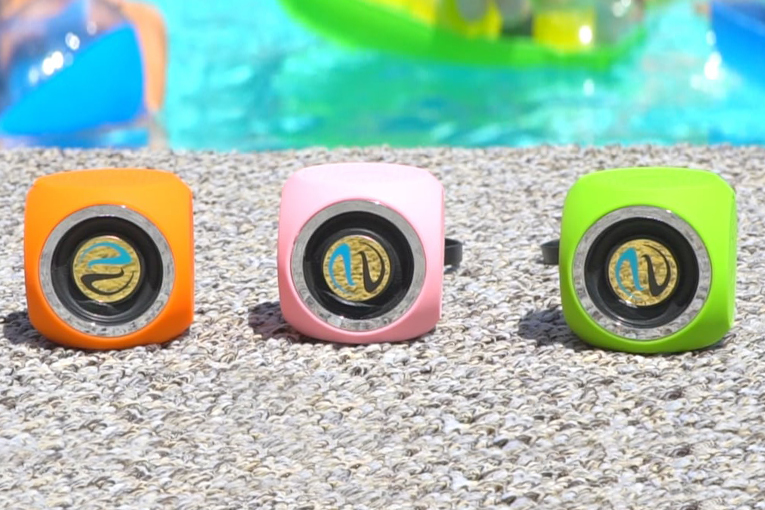 In my cluttered house, the Nspire Solo didn’t reach NstaJam’s claimed maximum operating radius of 33’ -- the best I could manage was 20’, but that was enough for my use. The battery charge and playing times were actually a little shorter and longer, respectively, than specified.

No little 1.65” cube will ever be able to match the sound quality or volume of a full-range speaker, or even of the smallest minimonitor -- it’s just too small to reproduce any of the lower frequencies. Expecting the Nspire Solo to sound like little more than a cute toy, I was pleasantly surprised that it managed the midrange through the highs very well, with acceptable tonal accuracy and impressive clarity. Its tiny passive radiator at times seemed to pick up even a little of the upper bass.

Through the Nspire Solo, all of these titles played loud enough to make an impact. My Oxygenics shower head is noisy, but even above its racket I could hear all of this music without having to strain. This little speaker that could gave a good kick-start to my day. 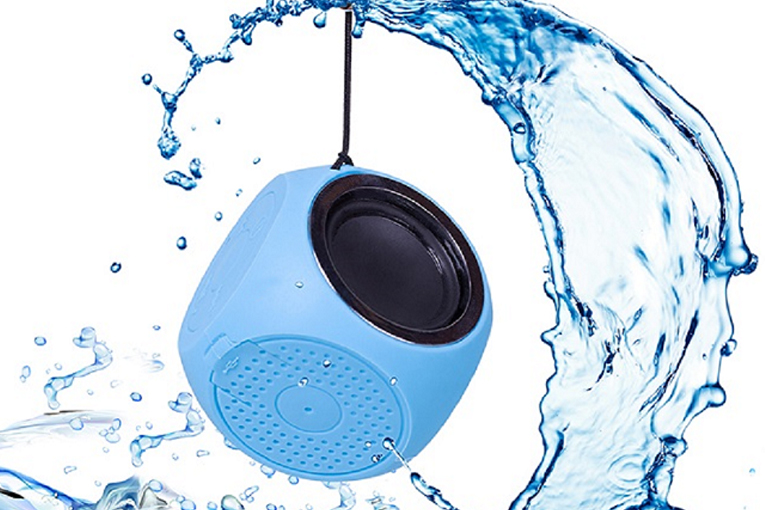 Four of these albums are vocal-centric, and I was impressed with how true each singer sounded in comparison to larger Bluetooth speakers. With no bass to speak of, voices were clear, and didn’t sound as small as I expected. I was also struck by the accompanying instruments on the Garfunkel album. The Solo reproduced both his voice and the backing instruments without muddling them -- they remained in perfect relationship to each other.

Nor did the purely instrumental tracks disappoint. Michael Murray’s recital is rife with imagination -- through the Nspire Solo I could hear the different colors the two organs he plays on this recording can achieve. Williams’s film music also benefited from the Solo’s general midrange clarity and lack of audible distortion at less than maximum volume. Considering the NstaJam’s size, I was repeatedly impressed with what it could do, and that it could let me enjoy music without calling my attention to what it couldn’t do -- such as reproduce any semblance of deep bass.

Despite -- or perhaps because of -- its tiny size, NstaJam’s Nspire Solo proved able to fill a niche. It certainly sounded better than any onboard device speaker I’ve heard. And it’s waterproof, with a handy lanyard with which it can be hung just about anywhere. It’s made for music on the go or in the shower, when you want a tiny speaker that doesn’t sound like garbage. And at its low price, I’d say it’s a winner.