For this column I often select a component I’ve seen in a press release or ad that looks interesting. But sometimes a piece of equipment just lands in my lap. That was the case with Benjie’s BJ-T6HD digital music player, made by the Shenzhen Benjie Technology Company, Limited. It’s marketed under the Benjie brand, but also as the Hongyu BT1 and the AGPtek Rocker. I’ve dismissed the AGP because it doesn’t provide standard functions once the screen goes dark, an inexplicable and irritating shortcoming.

Benjie keeps its model and firmware version profiles open -- they consider everything to be in the Beta stage at all times. So if your player readout identifies the firmware as 1.04 Beta, you likely have the latest version as of the end of January 2018. You might have to search the Internet to find this little player, but it’s worth the search. It offers lossless playback features seldom found at its low price of $49.99 USD. 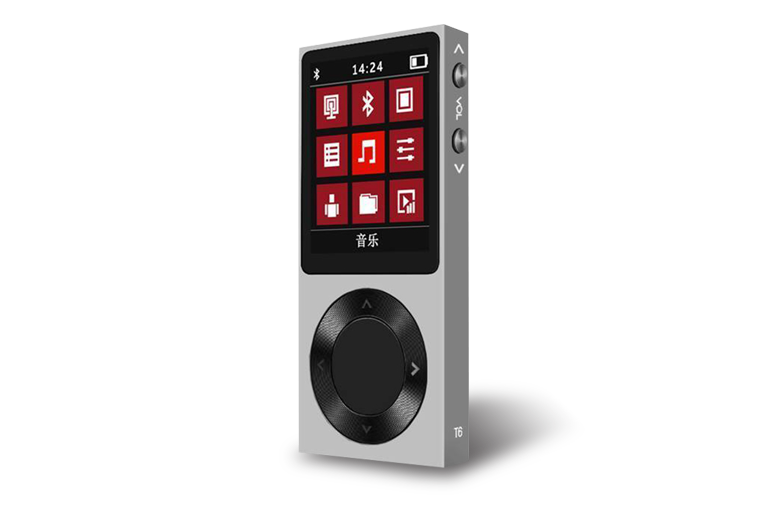 The BJ-T6HD comes in a plain box of white cardboard -- neat, sweet, and simple -- with a USB-to-USB-Micro charging cord and, depending on the exact model number, might also come with earbuds that are useless if you want good sound.

The first thing you’ll notice about the Benjie BJ-T6HD is its size. At 3.3”L x 1.6”W x 0.4” thick and weighing 2.8oz (80gm), it’s the smallest audiophile player on the market. It’s made of zinc alloy and feels solid, though some might find its sharply squared corners and edges uncomfortable to hold. The BJ-T6HD comes in a black or silver finish; in black, the rear panel shows fingerprints easily, the front less so.

The engineers have made sacrifices to allow this diminutive device to function with the big boys. First, there’s no internal storage, but a slot on the player’s left edge, just below the power button, accepts microSD cards of capacities up to 256GB. At first I had a few problems here, but found that if I used cards made by a premium brand such as SanDisk, everything went well. Off brands worked only sporadically. The Volume up and down buttons are on the player’s right edge, above the jacks for the USB Type-2 charging cord and headphones. All is logical.

The Benjie’s 1.8” screen has definition a little below what you’d expect from an Apple iPod Nano (seventh generation). Below the screen is a directional wheel with a center button. The display is not a touchscreen -- you select what you want with the wheel, then click the central Enter button. When the Benjie is powered up, it displays icons for nine functions. At the center is Music; clockwise from lower left are Artists, Playlists, Podcasts, Bluetooth, Albums, Settings, Now Playing, and Folder.

Select Settings to find lots of options. Under Play you can use Music Scan to search the contents of a new microSD card (I found that the BJ-T6HD usually did this automatically) or play all tracks in Shuffle mode; there are also settings for Gain (High or Low), a ten-band equalizer, Balance, Display Album Cover, Display Lyrics, and Gapless Playback. The latter is a boon for listeners to classical music; otherwise, a chapter stop will pop up in the middle of an ongoing musical passage.

The BJ-T6HD has a Cirrus Logic CS42L51 DAC chip and plays all popular lossless and lossy audio formats: ISO, WAV, FLAC, AIFF, Apple Lossless (M4a), AAC, MP3, and OGG. PCM formats are supported at resolutions up to 32-bit/192kHz. Although DSD files (DSF and DFF) are supported, it’s not clear that they’re played natively.

The Benjie BJ-T6HD has one of the smoothest operating systems I’ve used. Without a stutter, it found albums, songs, genres -- anything -- on the fully loaded 64GB microSD card I inserted, without a pause, a blip, or a jerk at any time. Scrolling, achieved by clicking the directional wheel’s up and down buttons, was amazingly smooth. Album covers appeared more often than not but were displayed only adequately. The steps for returning to the menu system took a little time to learn but worked flawlessly.

Pairing via Bluetooth 4.0 was a snap. It was easy to pair the first time; after that, the Benjie connected automatically to either pair of headphones I tried with it. The operating range was a bit below average for a Bluetooth product, at only 10’ indoors. I found that the Benjie could give me at least ten hours of playing high-resolution files at high volume levels. It took about half that to fully charge the battery. 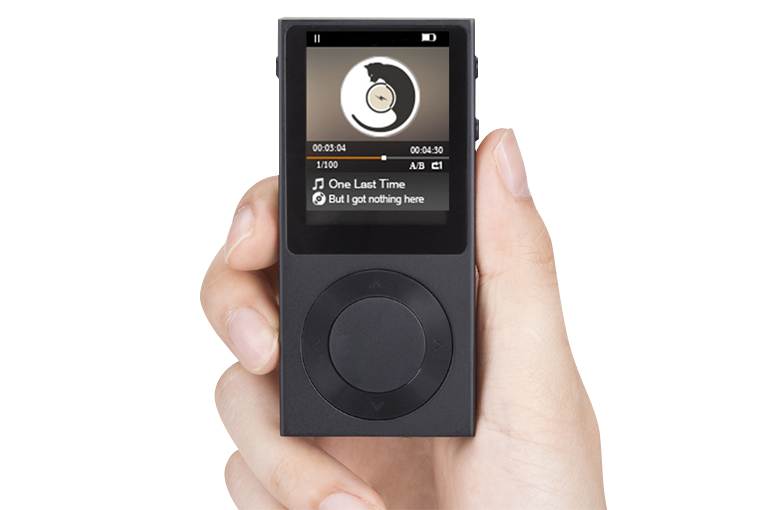 Once I popped in the right type of microSD card, files were easy to transfer -- just drag-and-drop on the computer. Some might complain about the BJ-T6HD’s lack of internal storage, but I prefer being able to control the number of GB I have for storage. I can make seasonal cards when the holidays roll around, and just swap out cards to suit my taste. But when you’re thinking of calling the Benjie a bargain at $50, you also have to factor in the cost of the microSD cards. I just ordered a 64GB card for a little over $20 -- things don’t get pricey until you get up into the larger-capacity cards, but one of those will give you a lot of storage.

The sound of the Benjie BJ-T6HD was genial and appealing: even, pure, and well balanced throughout the audioband. In fact, I can’t imagine anyone disliking the sound of this little player. Still, it wasn’t truly great sound. And, of course, the sound will vary depending on the headphones or earbuds you use to partner the player. I liked it very much for 90% of my music, and that’s saying a lot -- especially for a player costing less than $100.

I began with the wonderful recording of Benjamin Britten conducting the London Symphony Orchestra in his own Young Person’s Guide to the Orchestra (16-bit/44.1kHz ALAC, Decca). The xylophone punctuations in the opening were crystal clear -- superdefined, yet heard only as accents without detracting from the overall sound, adding just a dash of sonic pepper. As the work continues, spotlighting in turn each section and instrument of the orchestra, the sound of each was tonally next to perfect. I particularly enjoyed the variation for double bass -- those big fiddles growled at the bottom of their range as higher instruments sparkled on top.

I couldn’t wait to try some hi-rez files. As advertised, the Benjie served these up with ease, beginning with folksinger Amber Rubarth’s Sessions from the 17th Ward (24/192 FLAC, Chesky/HDtracks). This acoustic album is basically quiet, with little accents from various instruments -- a delight from beginning to end. The nuances of Rubarth’s slightly husky voice were constant revelations via the Benjie. In fact, its reproduction of Rubarth’s voice made this album an incredibly intimate affair via headphones.

I’m an unabashed fan of Claire Martin. The British jazz singer has made a couple dozen albums, and my favorite is Too Darn Hot! (24/96 FLAC, Linn). The beginning of “Something’s Coming” features Martin’s smooth-as-silk voice backed by gutsy saxophone licks, rhythmic piano, and throbbing plucked double bass. It was all clear as could be, and very exciting via the Benjie, which reproduced each thread of the musical fabric.

Listening to many other albums, I reveled in the open, transparent subtleties the Benjie BJ-T6HD threw my way. Many familiar albums produced new revelations, and new ones were presented in the best possible light.

The Benjie BJ-T6HD would be a good player for $300. At its actual cost of $49.99, plus $20 for a microSD card, it’s beyond a bargain. It’s a perfect entry-level music player, and its small size, solid construction, and ease of operation are big pluses that make it a perfect gym buddy -- you can toss it in your bag without fear of injuring it. All of that, and it plays hi-rez files! What’s not to like? Don’t wait till Christmas to stuff a stocking -- yours or another’s -- with this little gem.