Koss Corporation’s UR42i over-ear headphones cost $49.99 USD. That price is unbelievably low for a set of serious cans, but the veteran headphone maker has often proved that inexpensive ’phones don’t have to sound inexpensive. I was curious to hear if the UR42i’s would be more proof.

The packaging is simple: a cardboard box with a large plastic window that lets you see what you’re getting. Inside, a plastic insert holds the folded headphones, their earcups flat against the surface. The earcups fold down to make carrying easier. They come in white or dark gray with a matching cable. The only other things in the box are a warranty sheet and the 4’-long cable, which can be plugged into the left or right earcup. Whichever it’s plugged into, the jack on the other earcup then becomes an output jack into which you can plug a second set of headphones, so that two people can listen. 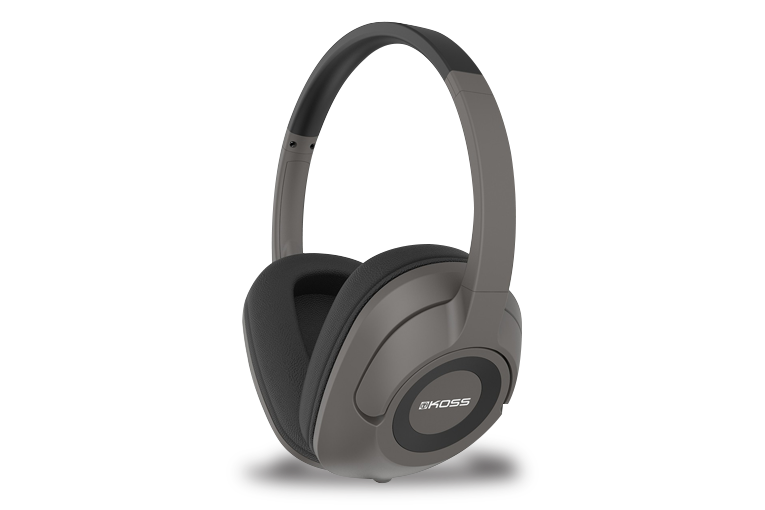 The UR42i’s are made almost entirely of plastic, including the 0.5”-thick earcup pads and the headband cushion. They look sleek and modern and feel very solid -- not creaky, like so many inexpensive headphones -- but are very light: just 5.9 ounces. The earcups have Koss’s iconic D shape, which mimics the shape of the outer ear. A side benefit of this is that it’s very easy to tell which earcup is the left and which the right -- they fit only one way. When folded with the earcups facing one another, the UR42i’s measure 5.75"W x 7.5”H x 3”D. Each earcup is 4.75”L x 2.75”W, with a cavity for the ear measuring 2.5”L x 1.25”W. The earcup arms can be extended from the headband in detented increments. The color-coordinated cord has a microphone and switch for use with smartphones.

Koss publishes few specifications for the UR42i’s: a frequency response of 20Hz-20kHz, an impedance of 35 ohms, and a sensitivity of 100dB. The limited warranty is the same as for Koss’s more expensive models: for the life of the product. For my money, it’s the best no-hassle warranty in the industry.

Adjust the earcup arms for length, put the UR42i’s on your head, plug them in to your favorite device or your home system, and listen. What could be simpler? The fit was rock solid -- no wobble. I don’t like using wired headphones at the gym, but if you do, the UR42i’s should be fine for that and other activities. They became an extension of my head and didn’t budge. And their lightness, D-shaped earcups, and the fact that they didn’t make my ears or head hot made them very comfortable. After a little while, I forgot I was wearing them.

The Koss UR42i’s have no volume or track controls -- these functions must be controlled via your playback device. I could push the Kosses’ volume up to the threshold of pain without distortion. I then backed pretty far off from that level, and the sound quality was just fine. The sound was tonally even from top to bottom, much as from other Koss headphones I’ve heard. Koss aims for a neutral sound -- if you want more or less bass or treble or anything else, you’ll have to tweak your device’s equalization. It’s the same with the soundstage: what’s on the recording is what I heard. It’s a solid listen, and absolutely amazing for the price. I could tell anyone I know that these headphones cost $250, that they’re light because they’re made of special space-age materials -- and get away with it! 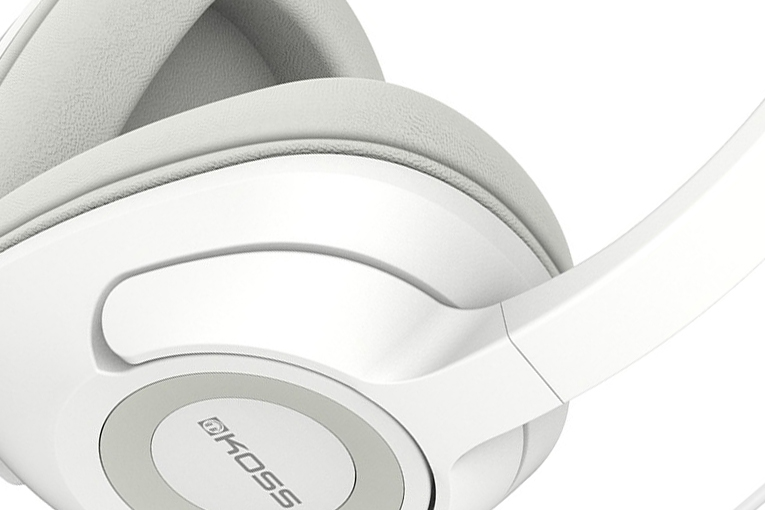 At first, I spent time listening to Superheroes! -- one of the first albums recorded by John Morris Russell after he took over conductorship of the Cincinnati Pops Orchestra following the death of conductor Erich Kunzel (16-bit/44.1kHz ALAC, Fanfare Cincinnati). These arrangements for very large orchestra of selections from film soundtracks include lots of special effects, as well as every standard percussion instrument and a few exotic ones. Patrick Doyle’s Thor: Suite begins with rich scoring for lower strings and a cello solo of great beauty. Then ominous drums in the left channel and rich brass in the right pile on more and more sound, until the wordless chorus enters with great sounds from the brass -- then everything stops, except for the quiet shimmer of a tam tam. In the passages that follow are harp arpeggios, a beautiful English horn solo leading to more blazing brass (excellent trombones), and snare drum with struck cymbal accents. Through the Kosses, everything was there, just as it should be, perfectly balanced and clearly audible. 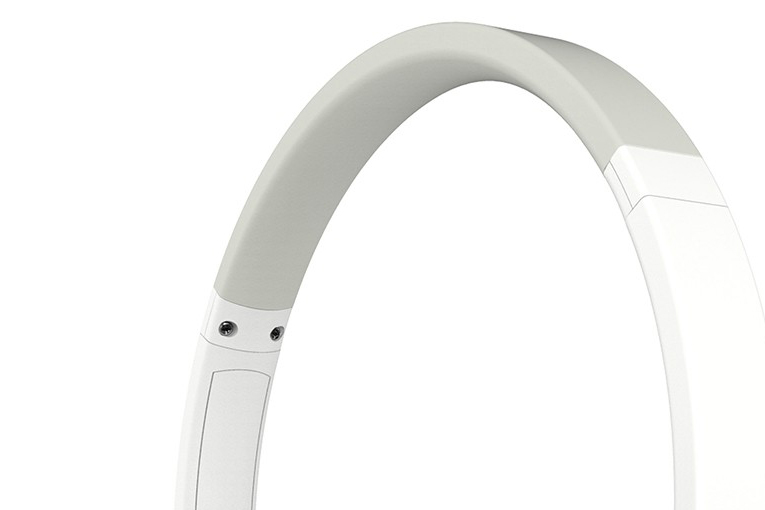 Also on that album is Pete Anthony’s Copland-esque “The Launch (Conduktor’s Theme),” which presents a real challenge: shimmering struck cymbals, mighty brass fanfares, and a ravishing clarinet solo that hands off to a solo trumpet as delicate strings provide filigree. It all sounded very appealing through the Kosses, and illustrated their ability to reproduce every part of the audioband with equally high fidelity.

I then listened to By Request -- John Williams conducting the Boston Pops Orchestra in a selection of his own film music (16/44.1 ALAC, Philips). “Flying Theme from E.T.” bustled along with energy, its sweet, legato violin melody floating effortlessly high. Through the UR42i’s, every track was a treasure. 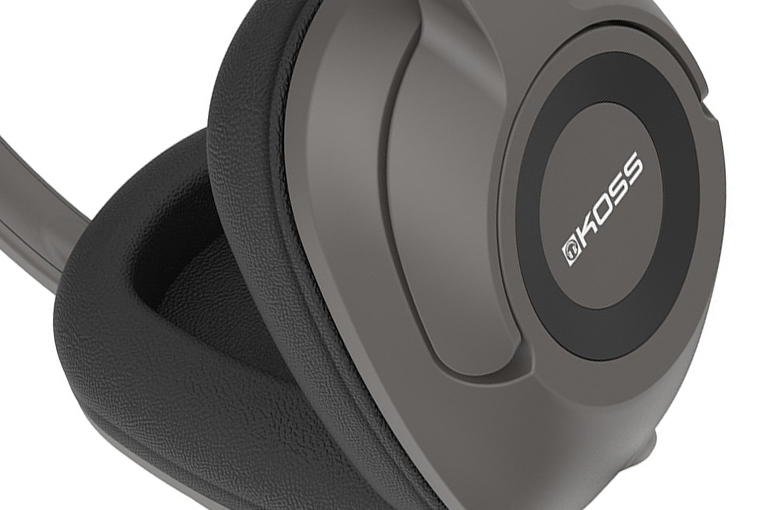 I blasted myself out of my celluloid reverie with “Want You More!,” from Duran Duran’s Astronaut (16/44.1 ALAC, Sony). I heard thumpy, rock-solid bass that wasn’t overdone, crisp voices, and pithy percussion. The UR42i headphones had no problem rocking out, with just great sound all around. For something quieter, I chose “The Highwayman,” from Jimmy Webb’s Archive (16/44.1 ALAC, Warner Bros.). The acoustic guitars bubbled along amiably, Webb’s distinctive, slightly nasal voice coasting along above. A string section rushes in at the end of the first verse, and then the full orchestra, everything correctly balanced and clean as a whistle. These headphones were neutral.

Once I got started listening to Koss’s UR42i headphones, I found it hard to stop. You can find better headphones if you want to spend $200 or more, but for $49.99, I can’t think of anything that touches these. They feel solid, sound neutral, and their detachable cable can be plugged into either earcup -- unusual at such a low price. These headphones virtually define the phrase value for dollar. As Koss says, “Hearing is believing.” I believe.