Expect the unexpected from Grace Digital and you’ll never be disappointed. Hot on the heels of their EcoPebble Bluetooth speaker-powerbank-flashlight, which I reviewed last month, comes another waterproof powerbank combo -- but this one’s solar powered. 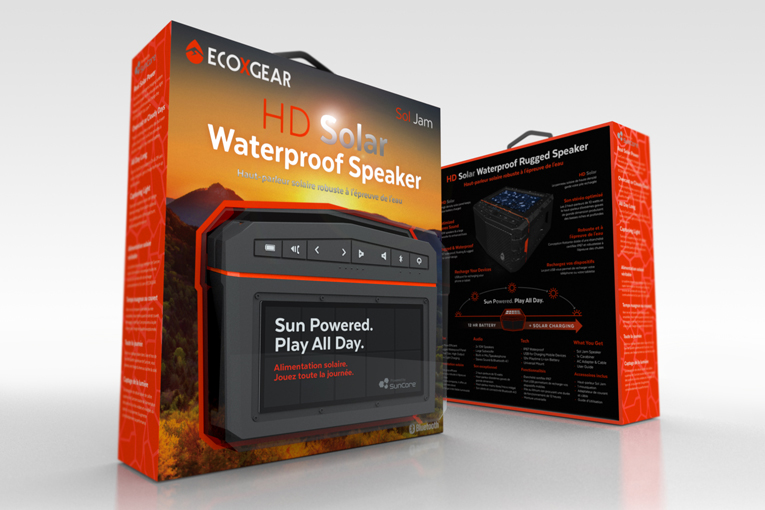 The EcoXGear SolJam ($149.99 USD) is packaged so that you can see the 4.5” x 2.4” Suncore solar panel that takes up most of its upper surface. Pasted over the panel is an easily removable cardboard cutout that proclaims “Sun Powered. Play All Day.” Also included are a carabineer clip, a USB-to-USB-Micro charging cord, an adapter plug that lets you plug this cord into an AC outlet, a card to send in to activate the generous three-year warranty, and a user guide. Optional accessories include a USB car-power adapter, a suction-cup mount, and a 1/4” handlebar mount.

The SolJam comes in black, or the orange-and-black two-tone style familiar to EcoXGear users. It’s hefty for a portable speaker, weighing about 1.5 pounds, and is basically a rectangular solid with a sloped front. The top measures 6”W x 4.5”D,” the bottom 6”W by nearly 5”D. The height is slightly raked, from 3” in the front to 2.75” at the back. The case is of rubberized material, with a plastic speaker grille. It feels solid as a brick -- Grace claims that it’s “drop-proof,” as well as dust- and waterproof (IP67 submersible). And, like other devices in Grace’s EcoXGear series, it floats. 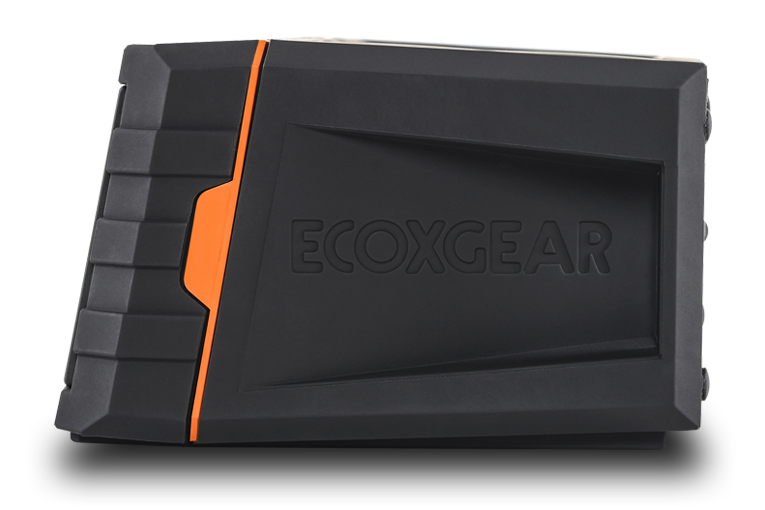 Though it has no handle, the SolJam has nooks and indentations here and there that make it easy to pick up and carry. It can be held in one hand, but I found it more comfortable to use two.

Behind the front grille are two drivers. At the bottom is a 3” x 4.5” grille for the passive radiator, as well as a 1/4” socket for the handlebar and suction-cup mounts. The sides are solid, with no controls or grilles.

On the top, along the front edge of the solar panel, are six buttons. From left to right, these are: power on/off, Bluetooth pairing, volume up/down, skip forward/back, play/pause, and battery check. The last is really useful: Press it, and five or fewer blue LEDs will light up, to give you an idea how much power remains available. 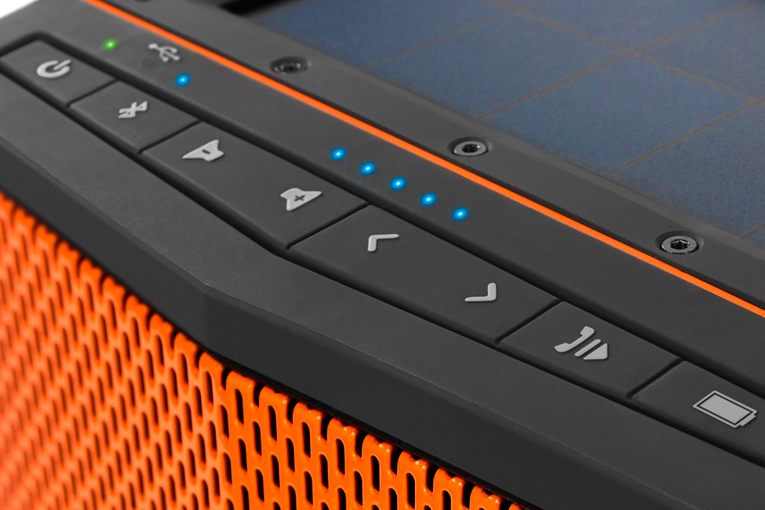 On the back of the SolJam is a bay with a watertight cover. Embossed on the cover is a large S -- grip and twist this to the left to pop off the cover (it’s tethered; you won’t lose it). This reveals the master power switch, an output jack for charging USB devices, a USB Micro port for charging the SolJam itself, and a 3.5mm input jack for use with non-Bluetooth devices. When used with a non-Bluetooth device, of course, the SolJam is not waterproof -- the bay must be left open to accept the cable. The instruction booklet thoroughly describes all of the SolJam’s functions, and particularly emphasizes the importance of sealing the bay.

I received the Grace SolJam in October, when the days are shorter and the sun’s zenith is lower, and found it difficult to get a full charge from sunlight alone. I have no doubt that, in the warmer months, getting a full charge from the sun would be a snap -- I probably would never have to use the charging cord. Besides, in the warmer months I spend more time outside; if I took the SolJam with me, it would charge itself as a matter of course.

I found that it took the SolJam about three hours to fully charge when plugged into a wall outlet -- not at all bad -- and played for 12 hours on a 75% charge. I used the SolJam to charge my Astell&Kern AK Jr portable player -- no problems there, though it used up about two-thirds of the Grace’s full charge. 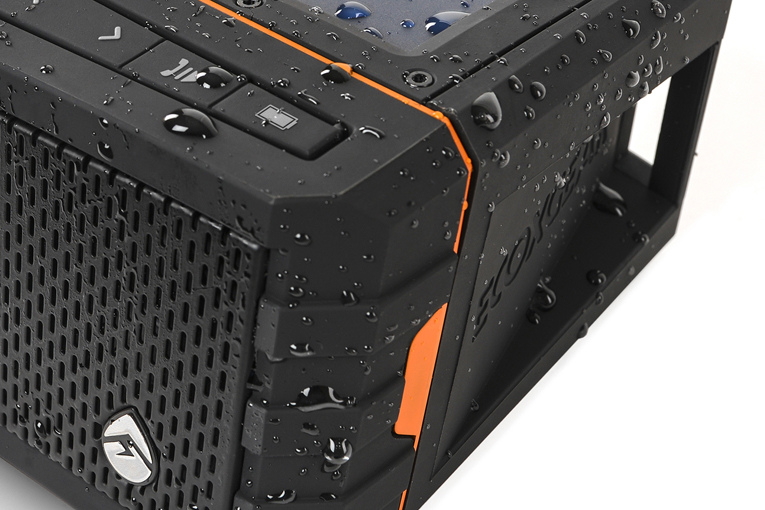 I found the SolJam easy to move from place to place. Its range of Bluetooth operation was normal for my house: about 28’. When I took it into the shower with me and splashed it with water, it continued to play music without interruption.

Though not the loudest Bluetooth speaker on the market, the Grace SolJam played plenty loud for normal situations. It had more bass output than some Bluetooth speakers, thanks to its passive radiator, which put out enough low-frequency sound to rattle my glass-topped table. To prevent this, I had to set it on a more solid, wooden surface.

The Grace’s midrange and treble were rather aggressive -- a blessing or a curse, depending on the recordings played. In general, I found that I enjoyed the SolJam’s sound more when I used it for background listening from a distance rather than in the nearfield. But if you clamp it to your bike’s handlebars, I imagine the SolJam’s aggressive highs would be a boon, cutting through wind noise. 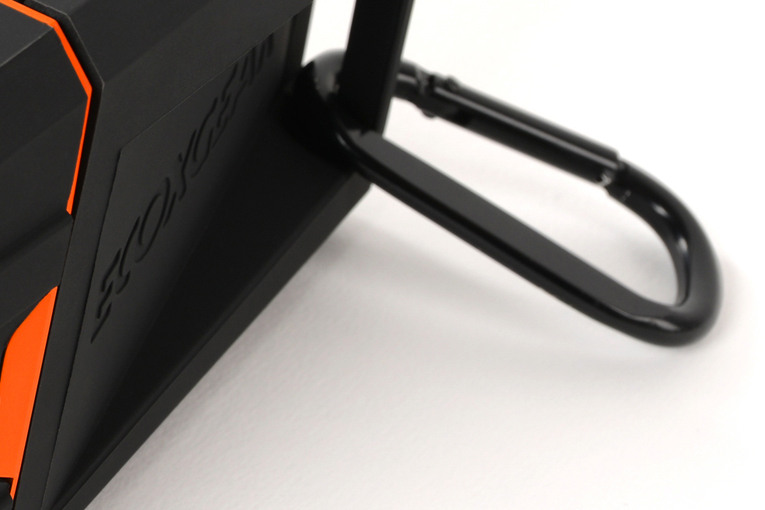 I began by playing the opening of Brahms’s Piano Concerto No.1, in the famous recording by pianist Clifford Curzon, with George Szell conducting the London Symphony Orchestra (16-bit/44.1kHz ALAC, Decca Legends). The opening timpani stroke was very powerful for a small portable, as was the timpani roll later, and the orchestra overall sounded bright and powerful. When Curzon entered, the sound of the piano was just a bit edgy, but with lots of presence.

Sticking with Curzon, I sampled his recording of Beethoven’s Piano Concerto No.5 (16/44.1 ALAC, Decca), with Hans Knappertsbusch conducting the Vienna Philharmonic. Here the piano sound was a bit leaner, and very clean. The orchestra sounded more transparent than it has through other speakers of this size, and the SolJam’s clean highs left little to complain about. 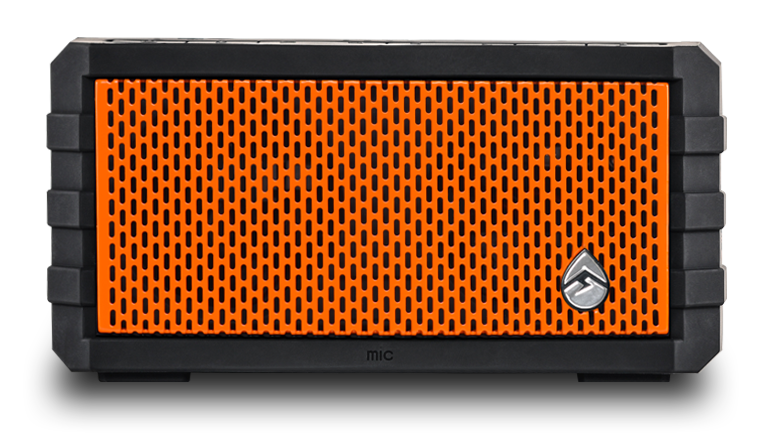 Donald Fagen’s The Nightfly (16/44.1 ALAC, Warner) showed that the SolJam could handle jazz pretty well. Voices were clear, and percussion and guitars were energetic enough to sound realistic, though the bass was somewhat lacking. For rock, I hit on Graham Nash’s Songs for Beginners (16/44.1 ALAC, Atlantic/Rhino), and found electric guitars to be very pungent, keyboards smooth, and the bass surprisingly focused yet lightweight. The arrangements on this disc are very transparent, however; heavier rock simply overwhelmed the little SolJam, sounding harsh and muddy.

I like the idea of a solar-charged speaker, and think it will be a plus for buyers who spend a lot of time outdoors. But if you don’t, charging the SolJam by plugging it into the wall takes only three hours or so. The speaker’s waterproofing makes it a great poolside companion -- one that can withstand lots of splashing, or even the occasional dunk. Its sound was good enough for background listening, but not for use as a primary listening source -- perhaps this is something that Grace Digital could improve in a subsequent model.

I like the ability to check the status of the battery charge. I wish all wireless speakers had that. And it’s great that a charged-up SolJam can be used to charge a cell phone during a power outage. The Grace Digital’s EcoXGear SolJam could be a very good audio companion for an active lifestyle.