A Look Back at Van Morrison’s "Hymns to the Silence"

As I write this, Van Morrison has just released his 41st album. It’s hard to think of another artist still working in pop music who’s been as consistent as Morrison, and now, in his mid-70s, he has, if anything, ramped up his production -- Three Chords and the Truth is his sixth album in four years. While it’s tempting to compare Morrison’s career with those of other musicians from the 1960s, at this point he’s more like the blues and jazz musicians he so admires and has, all his life, taken as models, recording well-crafted albums for as long as he can continue to do so.

Inevitably in a discography as extensive as Morrison’s, there have been duds, even in the years 1968-1983, when he recorded a series of critically acclaimed albums for Warner Bros. A Period of Transition (1977), coproduced by Dr. John, looks good on paper but doesn’t entirely jell. Wavelength (1978) is dated by the synthesizers used on it, and Inarticulate Speech of the Heart (1983), Morrison’s last for Warner Bros., feels like a contractual obligation. But each of those albums also contains a few tracks that make it worth hearing, and any longtime Morrison fan no doubt has his or her own choices for his weakest records. 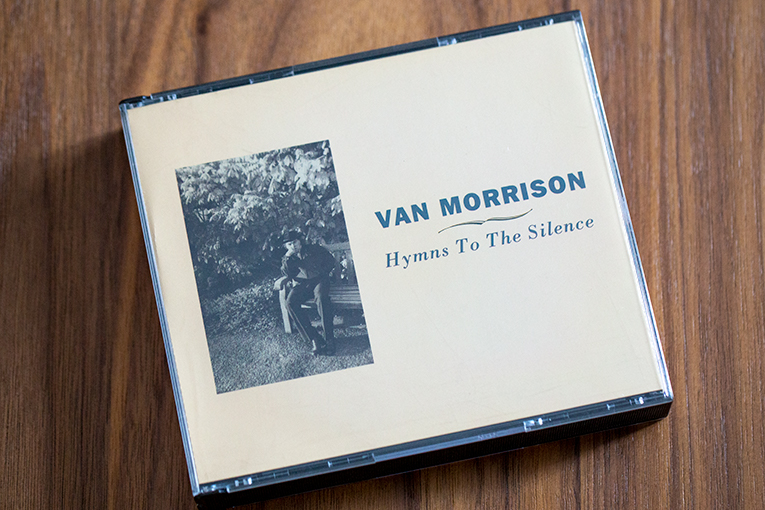 What’s remarkable is the number of great albums Morrison has released in the last 52 years. Astral Weeks (1968) and Moondance (1970) are acknowledged masterpieces, but His Band and Street Choir (1970), Tupelo Honey (1971), and Veedon Fleece (1974) come close to that standard. His 14 albums for Warner Bros. are filled with good to great songs and strong performances. If Hard Nose the Highway (1973) wasn’t Morrison’s best, it still has enough moments to make it worth hearing.

When Morrison signed with PolyGram in 1984, he began a pattern of recording that he’s followed, more or less, ever since. Beginning with A Sense of Wonder, his first studio release for the label, his PolyGram albums feature solid playing with undercurrents of passion, but they can be mistaken by casual listeners for MOR. Morrison consistently demands a high level of musicianship from his bands, and his perennial themes of integrity, spirituality, and the frustrations of the music business regularly recur -- but at the center of every Van Morrison album is always his voice.

As much as I might like them on first release, many of Morrison’s PolyGram albums -- for example, No Guru, No Method, No Teacher (1986) and Enlightenment (1990) -- impress me even more when I return to them after not having heard them for a while. Others -- Poetic Champions Compose (1987), The Healing Game (1997) -- hit me strongly right from the start and become only more powerful over the years. Hymns to the Silence (1991) is one of these gems. In 21 songs on two CDs totaling 96 minutes, Morrison presents a variety of themes and styles that affirm his talent and staying power. 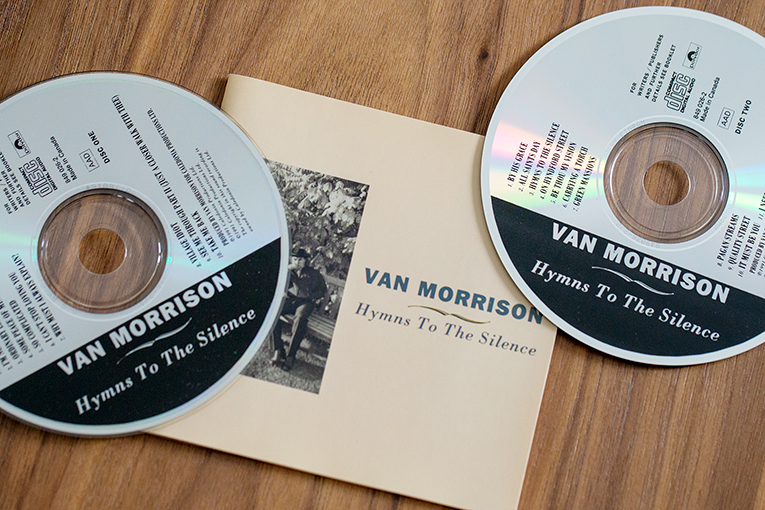 A number of songs on disc 1 of Hymns deal with the pressures of fame, the dishonesty of the music business, and the difficulty of remaining true to an artistic vision. Morrison has had a jaundiced view of his chosen field since his very first solo album, Blowin’ Your Mind! (1967). It included what became a big hit, “Brown Eyed Girl,” but Morrison had no creative control over the record, and hated everything about it, from the cover design to the final track sequence. In the 1980s, he began singing about such dissatisfactions more openly and frequently.

“Professional Jealousy” opens Hymns on a seemingly calm note, with a soft-edged synth line over a relaxed rhythm. Morrison’s own, unique lead-guitar lines run throughout the track, and drummer Paul Robinson and bassist Nicky Scott keep it grooving. The arrangement wouldn’t be out of place on a Sade record, but Morrison’s growling vocal provides edge as he calls out those who envy him, especially when they’re merely “best at delivering the product on time.”

Morrison continues his look at fame and its machinery in “I’m Not Feeling It Anymore” and “Ordinary Life.” What he wasn’t feeling anymore were the distractions caused by fame and the effects such distractions can have on creativity. “Ordinary Life” and “Some Peace of Mind” extoll the virtues of escaping to simplicity, and in “Why Must I Always Explain” he affirms that his songs already contain everything we need to know about him. 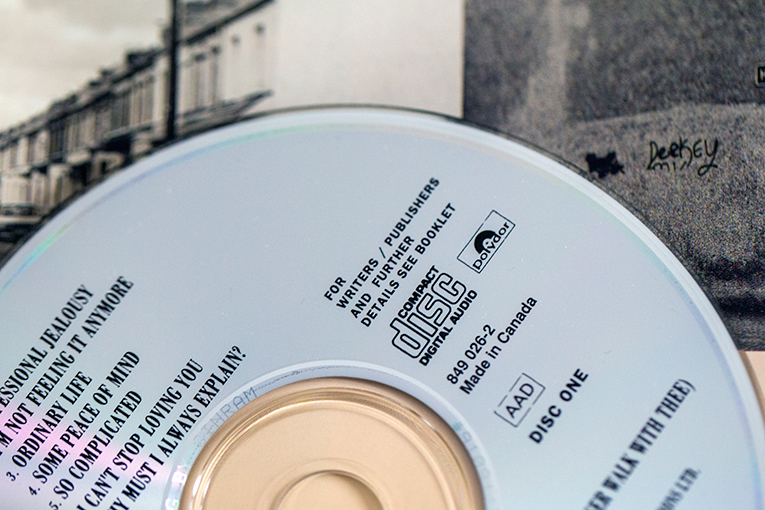 All these complaints would amount to little more than crankiness were it not that, cumulatively, they paint a portrait of one particular artist struggling with the shallow, fleeting rewards of popularity and record sales while trying to maintain his own standards. Morrison finds his value in his work, in staying true to his craft, and in his life outside show business. Still, two discs of ranting about the trials of being an artist would get old quickly, and before the end of disc 1 Morrison has moved on to other subjects. Unfortunately, that doesn’t happen until after he’s sung “Village Idiot,” a song whose title and subject certainly wouldn’t fly today.

Morrison edges toward spirituality, romance, and the healing powers of nature and music -- the themes that pervade the rest of Hymns to the Silence -- with a cover of “I Can’t Stop Loving You,” the Don Gibson country tune that was a hit for Ray Charles in 1962. Charles is one of Morrison’s major influences, and while this cover pays tribute to him, it also ties traditional Irish music to blues and country by including the Chieftains as part of the band. Morrison finds connectedness and transcendence in music.

The album’s focus continues to shift toward the inspirational and the spiritual with “See Me Through Part II (Just a Closer Walk with Thee).” He sings two verses of the 19th-century spiritual, then recites his own poem about growing up in Belfast and hearing the music of Hank Williams, Louis Armstrong, and Sidney Bechet on distant radio stations. For Morrison, those times represent “More silence, more breathing together / Not rushing, being.” Georgie Fame’s churchy organ and the soulful backing vocals by Carol Kenyon and Katie Kissoon underscore this track’s gospel feel.

Disc 1 ends with “Take Me Back,” a nine-minute meditation on Morrison’s past, “When everything made more sense in the world.” His hypnotic use of repetition and dynamics has as much in common with Pentecostal preaching as it does with any genre of music, and Fame’s organ again underscores the track’s gospel underpinnings. But Morrison’s true conversion experience was based in the beauty of nature and the music he heard on the radio -- he “understood the light” when he listened to Sonny Boy Williamson blow his harp.

The gospel theme is continued on disc 2 with “By His Grace.” The song carries the same message you’d hear in a typical megachurch service, but Van sings with conviction and the band hits a real gospel groove. Van tells us to “live your religion,” which describes his state of mind at that time. Later in the album he sings, with touching respect and restraint, “Be Thou My Vision,” an Irish hymn possibly based on words by a sixth-century Irish poet and set, in 1919, to the traditional Irish folk tune “Slane.” There’s a strong duet vocal by Carol Kenyon, and the Chieftains again underscore the shared heritage of singer and song. 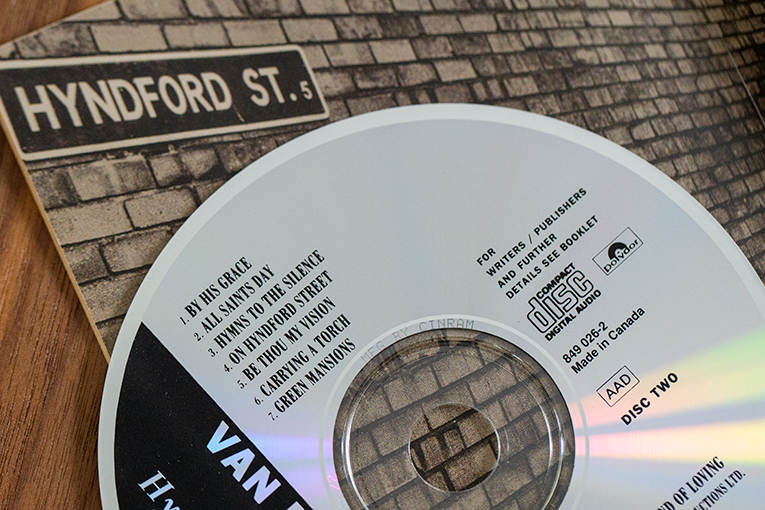 Morrison fuses love and spirituality throughout disc 2. “Carrying a Torch,” both hymn and love song, has imagery that expresses longings both spiritual and romantic: “Baby, you’re the keeper of the flame . . . / why don’t we re-connect / and move further, into the light.” “Quality Street,” for which Morrison wrote the music and Dr. John the words, mixes God and romance more explicitly, thanking Him for a “once in a lifetime love.”

Christian themes and imagery had made their way into Morrison’s music on several albums before this, including No Guru, No Method, No Teacher (1986) and Poetic Champions Compose (1987). Avalon Sunset (1989) includes “Whenever God Shines His Light,” a duet with Cliff Richard, a British pop star whose discography includes recordings of Christian Contemporary Music. And the first installment of “See Me Through” appeared on Enlightenment (1990), which immediately preceded Hymns to the Silence.

Where Morrison now stands on questions of faith isn’t clear. His comments about his own spiritual life are usually vague, but as of 2015 he was openly hostile to organized religion. He seems to find God elsewhere. In the title track of Hymns to the Silence he sings of missing his “dear sweet love”: “when I’m away from you / Well I feel, yeah, well I feel so sad and blue.” In the third verse he finds his solace, muse, and Creator in a familiar place:

It’s clear from the imagery and places he refers to in “Take Me Back,” “Pagan Streams,” and other songs here that Van Morrison finds and feels nature’s majesty most in his native Ireland. “On Hyndford Street” brings him back to the Belfast neighborhood he was born and grew up in, and it’s there that he finds inner peace, God’s presence, and the magic of the music played on Radio Luxembourg.

The musicians on Hymns to the Silence are good players who give Morrison the smooth backing he was clearly looking for. Keyboard player Neil Drinkwater and bassist Nicky Scott are especially important to the music’s overall flow, but it’s Georgie Fame, on keyboards and backing vocals, who often injects a soul or gospel charge and makes these songs come alive. Morrison also plays guitar, alto sax, and harmonica with fire and conviction. 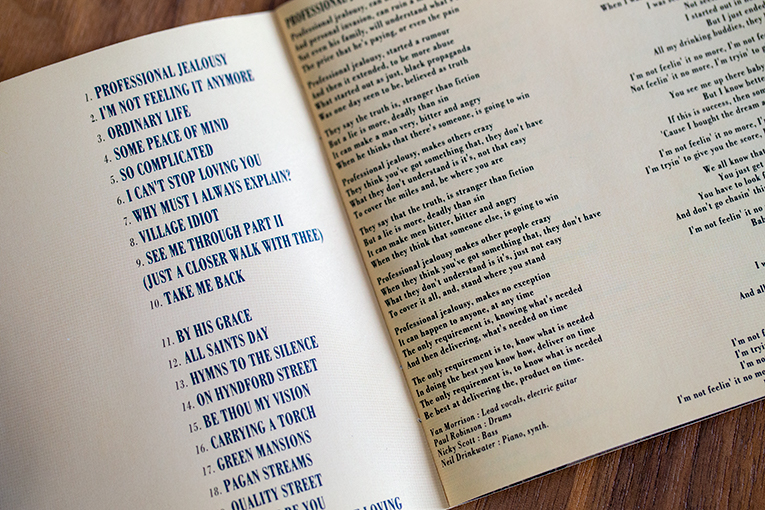 In the end, however, it’s his singing that defines the album and keeps bringing me back to it. On Hymns to the Silence, the depth of feeling Morrison brings to these songs reaffirms his command of blues and soul singing, and raises the quality of even some of the weaker songs. Writing about Morrison’s unique qualities as a singer, Greil Marcus refers to “the yarragh,” a term the Irish tenor John McCormack used to describe what sets great singers apart from ordinary ones.

Morrison’s lyrics have often been strongly poetic, but it’s his singing of his words, pulling meaning from them beyond what they seem to be saying, that makes his records worth returning to. If in the albums since Hymns to the Silence he’s veered away from overtly spiritual concerns, the moments of transcendence that still appear on his records come from the feelings he expresses and the indescribably deep well of sound and sense his voice conveys.

Van Morrison can still deliver great albums, including some I’ve mentioned above. He’s on a hot streak with his last six releases, especially the two he made with Joey DeFrancesco in 2018, You’re Driving Me Crazy and The Prophet Speaks. Those, with Roll with the Punches and Versatile (both 2017), show him returning to his own deep catalog of songs, but also singing tunes that other jazz and blues singers made famous, songs that inspired him and made him a part of the great tradition they established. 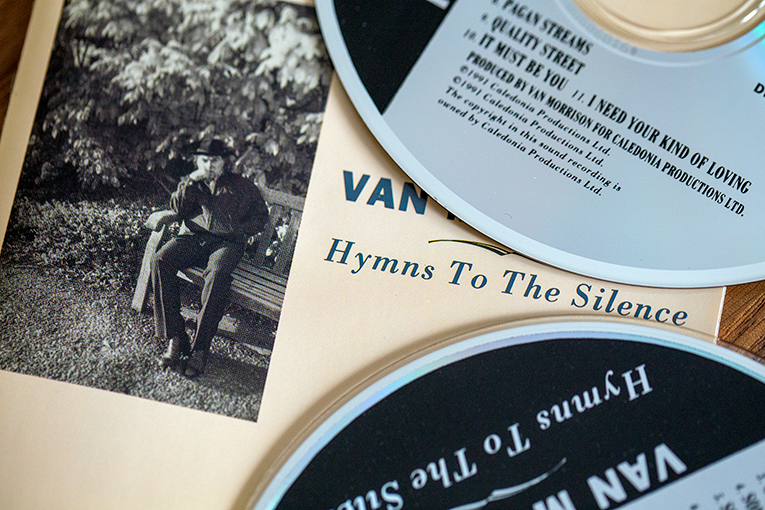 When Van Morrison released Hymns to the Silence, he had nothing to prove. These songs focus on his concerns at the time, and let him bring them out in the open and follow them wherever they would take him. The album feels more overtly autobiographical than many of his others, and I return to it often -- a high point in a career filled with high points.