Note: for the full suite of measurements for the NAD PP 2e from the SoundStage! Audio Electronics Lab, click this link.

As a professional writer, I’ve spent a lot of my life interviewing electrical engineers about technology and then communicating how things work to lay audiences. From the basics of sending voices down copper lines to cloud storage for data, I like to think I’ve done a good job of explaining technology. And while I could do the same with the way physical vibrations are generated on a record and transformed into sound, there’s a black magic to that particular feat of engineering that always makes me shake my head in wonder.

Sure, I know the elementary explanation of the way the stylus of the Ortofon 2M Red cartridge on my Fluance RT83 Reference turntable wiggles through the grooves of a long-playing vinyl record, making the magnets in the Ortofon move, sending a signal that I hear as music when it’s amplified by my NAD D 3045 and pushed out through my Q Acoustics 3050i speakers. But, really, what truly happens along that sound chain is as big a mystery to me as why, when I pick the signature riff of Bruce Springsteen’s “Born to Run” on my Fender Telecaster, what comes out of my guitar amp sounds nothing like The Boss’s tone.

The gulf between theory and my auditory cortex is wide. 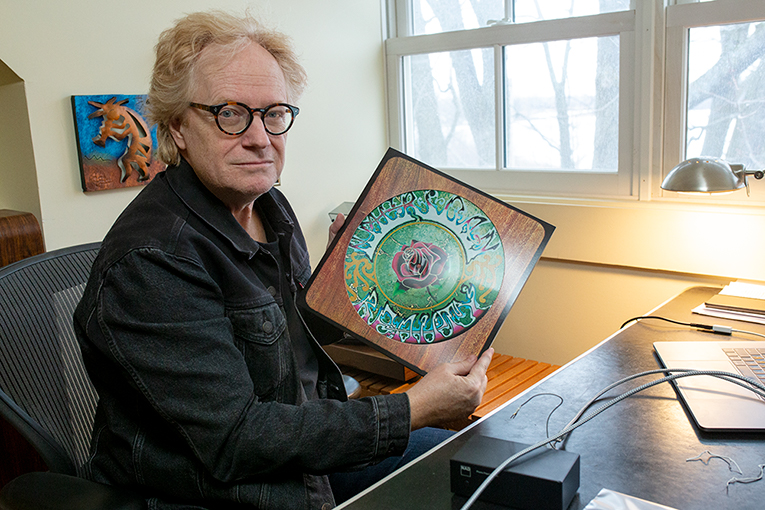 To understand that gap a bit better I decided to play with the pathway between those dancing Ortofon magnets and the integrated amplifier. And, to remove as many extraneous distractions as possible, I decided to work with some decidedly unadorned music: the Grateful Dead’s 1970 acoustic showcase, American Beauty.

As if to echo the reality that the 1960s were over, a number of rock musicians turned to new sounds in the early 1970s. After seven years of increasing wattage onstage and in the studio—a musical arms race that saw The Who, Jimi Hendrix, and Blue Cheer pushing further toward sonic Armageddon—rockers began unplugging. The triggers most often cited are the success of Music From Big Pink, The Band’s 1968 debut album, and their eponymous follow-up the next year. By themselves, The Band might not have swayed many artists, but guitarist Eric Clapton—no slouch in the over-amplification rush himself—was a vocal and enthusiastic believer. He was anxious to follow the lead of The Band’s Robbie Robertson and switch his Fender electric for a Gibson acoustic, which he frequently did in the company of singers Delaney and Bonnie Bramlett. In California, Stephen Stills, who was known to make a joyfully loud noise jamming with Hendrix, was drifting into a union with singer-songwriters David Crosby and Graham Nash.

But, before he moved south to join Crosby and Nash in Laurel Canyon, Stills spent three months living on a ranch belonging to Mickey Hart, one of the Dead’s two drummers. Hart was moved by the organic sound of the combined voices of CSN on their first recordings, just as he and the other members of the Dead had been turned on by their exposure to the Bramletts when they crossed paths. Lead guitarist Jerry Garcia bought a steel guitar and began experimenting with it. Grateful Dead lyricist Robert Hunter started crafting songs that delved into imagery associated with American history.

As a result, the Dead stepped away from the psychedelia that dominated their albums Aoxomoxoa and Live/Dead and released two recordings in 1970 that reveled in rural Americana: Workingman’s Dead and American Beauty. While the former mined the honky-tonk twang of the so-called Bakersfield Sound, popularized by Buck Owens and Merle Haggard, American Beauty seems more rooted in the area around the Dead’s home in San Francisco with tinges of bluegrass-style picking and various rural references in Hunter’s lyrics. Even Ron “Pigpen” McKernan, who preferred the rural lifestyle of Marin County to the funky urbanity of Haight-Ashbury, contributed a composition: “Operator,” sung in a shaky voice that foreshadowed his death from alcohol abuse in 1973, at the age of 27.

Although it represented a significant sidestep from what their fans had come to expect from the Dead, American Beauty included a number of songs that would become staples of the band’s live shows for the next 25 years: “Box of Rain,” “Friend of the Devil,” “Sugar Magnolia,” and “Truckin’.” 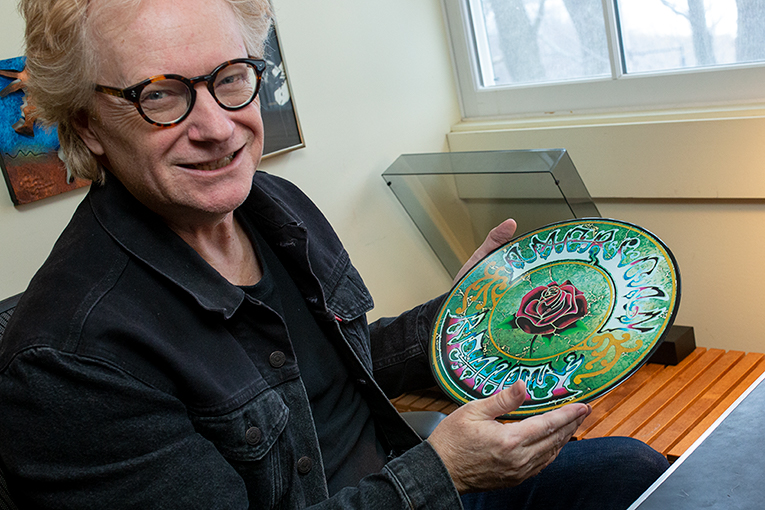 Although it includes guests like mandolinist David Grisman, organist Howard Wales, and guitarist Dave Nelson, American Beauty is spare and simple—a West Coast bookend to The Band’s ideal of recording in close quarters without much audio enhancement. It seems like the perfect source material for some phono sound-chain manipulation.

I began with a half-dozen listens through my base system, using the phono cables that came with my Fluance turntable.

These initial plays reacquainted me with the unusual dynamic decisions made by the band; accents, either vocal or instrumental, don’t fall where you expect them, and Phil Lesh’s rich bass sometimes bursts into the forefront, often augmented by Bob Weir’s rhythm guitar. The vocal harmonies—sometimes a deal-breaking point of contention for those who remain mystified by the Dead’s enduring popularity—often contain techniques that harken back to gospel hymns, and Weir is especially focused on attaining a mixture of mysticism and emotion. Perhaps most interestingly, for a band that had two drummers, the percussion on American Beauty is often more felt than heard. Bill Kreutzmann sounds like he’s playing a very small kit with no direct miking, while Mickey Hart contributes discreet, percussive instrumentation.

To judge how much I could intensify the sound with some fairly minor—and inexpensive—tweaks, I decided to concentrate on two tracks: “Ripple,” composed by Garcia and Hunter, which is predominantly acoustic; and “Sugar Magnolia,” Weir’s joyous paean to his girlfriend, to which Hunter added lyrics. While understated, the latter is unquestionably an amplified performance, with Garcia on pedal steel, and Lesh and Weir both playing electric instruments.

Played through my standard setup, the soundstage of “Ripple” could best be described as flat, with Kreutzmann’s drums very soft and Hart’s percussion almost imperceptible. Grisman’s mandolin pops forward when he enters, but even that barely disturbs the surface. Ripple, indeed. 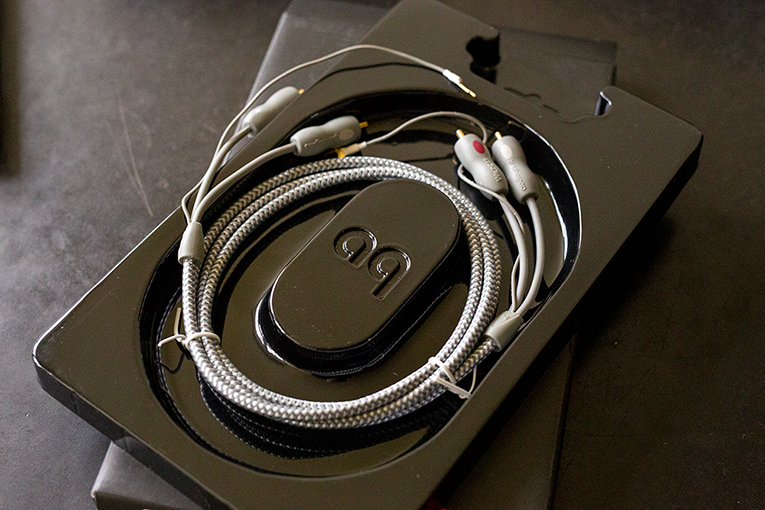 My first system tweak was to swap out the Fluance tonearm cable for AudioQuest’s Wildcat, which retails for $119.95 (all prices USD). True to AudioQuest’s founding principles, the Wildcat features high-purity, low-oxide copper and the company’s proprietary metallurgical processing.

Immediately, Lesh’s bass had more bite, and there was a noticeable fullness to the left channel, which previously had sounded out of balance with the right. The acoustic guitars sounded brighter overall, with more ring to the strumming by Garcia and Weir, but the most significant change was the heft the Wildcat cable gave to the final, massed-vocal chorus.

The next addition involved rerouting the AudioQuest Wildcat cable to an NAD PP 2e phono preamplifier instead of the phono input on my NAD D 3045, and using the original Fluance cable to connect the small preamp box to the Line 2 input of the D 3045. At $189, the NAD PP 2e provides a low-noise, wideband phono stage for both moving-magnet and moving-coil cartridges. NAD positions the preamp as a low-cost, unobtrusive addition, and there’s no question that at about 5.5″ by 3″, this little black box is barely detectable from a visibility standpoint. 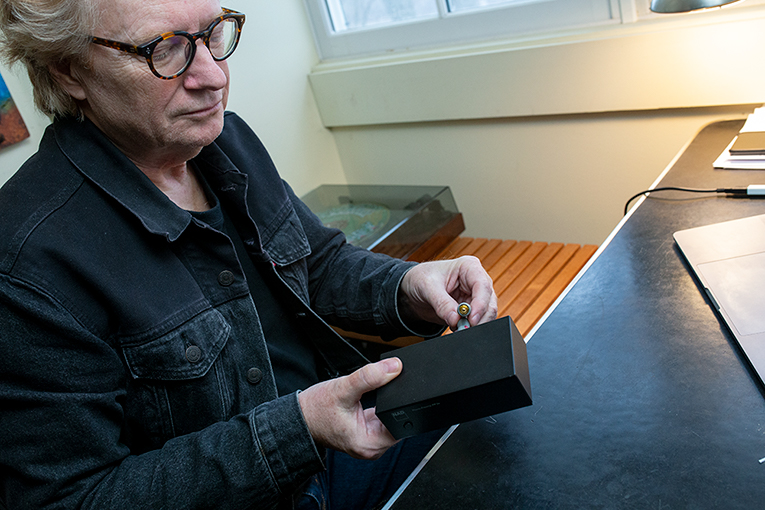 The audio standpoint is an entirely different matter. The acoustic guitars in “Ripple” gained a new dimension in the mix, and there was a noticeably stronger, more logical balance between the lead vocal and Lesh’s bass. It was like I could hear Stephen Barncard, the original producer, lining up those two elements; they made that much sense together. Kreutzmann’s drums, while still not powerful, were definitely more prominent, but the real highlight of the performance was that closing chorale.

On to “Sugar Magnolia,” starting back with my basic system. Again, there was an obvious lack of crispness to Kreutzmann’s drum kit in the deep left channel, and while I was aware there’s some percussion happening on the right it was impossible to tell what Hart was actually playing. Garcia’s pedal steel sizzles in the background as he enters, but from the perspective of 2020, it was difficult to discern whether it was a pedal steel or a regular electric guitar with some digital distortion.

Swap in the AudioQuest Wildcat and Garcia’s pedal steel came across as though he just reached over and twisted the gain knob on his amp. And the percussion? Oh, yeah, that’s some sort of shaker that Hart was playing. 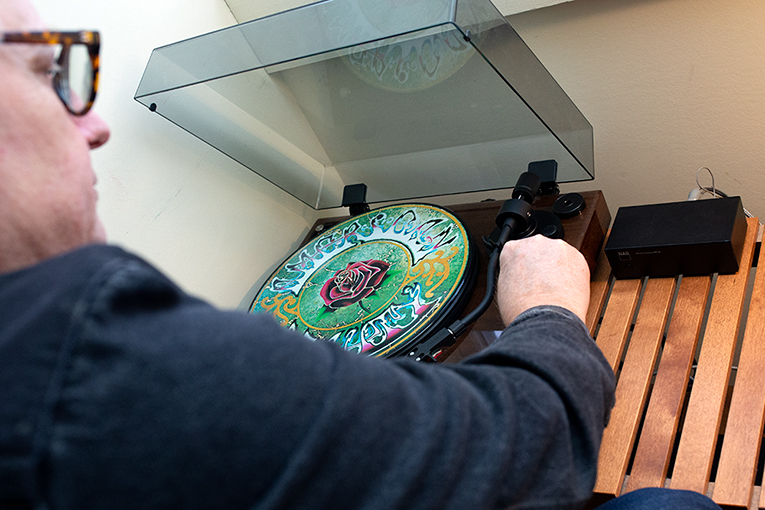 In goes the NAD preamp, and “Sugar Magnolia”—in the inimitable your-love-is-like-a-jeep words of Robert Hunter—“jumps like a Willys in four-wheel drive.” Garcia’s pedal steel sounded brighter, Lesh’s bass had more dimension, and all of the guitar amps made their presence felt with a noticeable electric edge. Weir’s rhythm guitar in the left channel took on a more prominent percussive role as I could sense his pick hitting the down strums, and Hart’s shaker, now even more detailed, shone new light on the lyric, “she can dance a Cajun rhythm.”

The addition of the upgraded cable and preamp added so much to “Sugar Magnolia” that it left me wanting even more. It made sense to dive in deeper and listen to it through my Sony MDR-7506 headphones. Surprisingly, the gains I had made by adding the cable and preamp were largely lost; the mix became busier and the soundstage more constrained. Even Kreutzmann’s drums sounded smaller again. In comparison, the Q Acoustics 3050i speakers in my attic listening room let the sound bloom.

Now curious about how much my additions could change the way I hear predominantly electric music recorded during the same era, I reached for a near-virgin copy of the Allman Brothers Band’s second album, Idlewild South, recorded during the spring and summer of 1970. Dickey Betts’s instrumental “In Memory of Elizabeth Reed” was produced by legendary sound engineer Tom Dowd at Miami’s Criteria Studios, the Southeast equivalent of Wally Heider’s San Francisco studio. Like “Sugar Magnolia,” Betts’s song sounds a bit anemic in its studio format, especially if you’re more familiar with some of the raging live performances recorded during the band’s March 1971 stand at New York City’s Fillmore East. I’ve heard the studio version hundreds of times and memorized every nuance, so it was straight to the augmented system for this track. 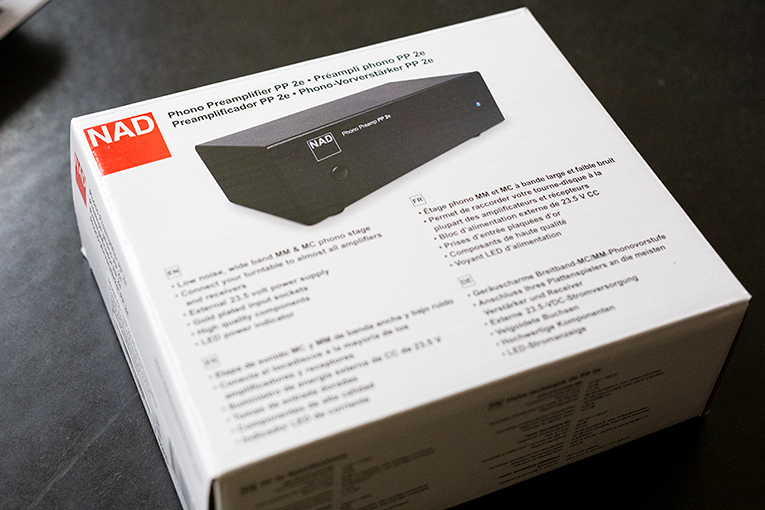 As hoped—and anticipated—Butch Trucks’s drum kit sounded much crisper, while Jaimoe’s congas took on additional presence. And when guitarist Duane Allman tears into his solo there was much more grit to his low notes; something approaching the sound he typically got onstage.

Like all good sonic experiments, the addition of these small elements leads directly to a rabbit hole, making me look at other albums I know by heart. What haven’t I heard in them before?

Note: for the full suite of measurements for the NAD PP 2e from the SoundStage! Audio Electronics Lab, click this link.