JBL Everest Elite 700 measurements can be found by clicking this link.

The JBL Everest Elite 700s are the most technologically advanced headphones I’ve tested. I can’t think of a significant feature they don’t have, but the most innovative is TruNote automatic calibration. TruNote uses an internally generated test tone and an internal microphone to evaluate the acoustical effects of your ears, and tunes the Everest Elite 700s’ frequency response to compensate for those effects. It’s basically a headphone version of the auto-calibration technologies, such as Audyssey MultEQ, found in most A/V receivers. This feature was launched earlier this year in the N90Q ($1499.95 USD), from AKG -- which, like JBL, is owned by Harman International. 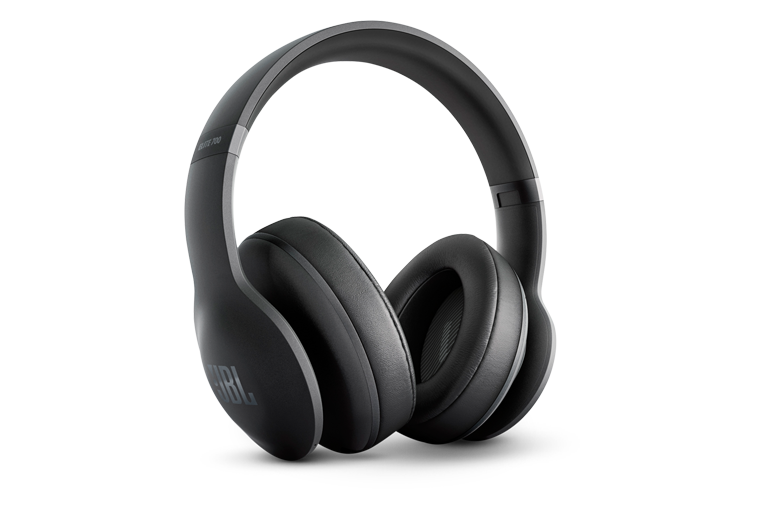 The inclusion of TruNote alone is impressive at the Everest Elite 700s’ price ($299.95), but the headphones also include Bluetooth and noise canceling, key features for travelers. A JBL app, available for iOS and Android devices, adds two more features: Ambient Aware and EQ tuning. Ambient Aware works when noise canceling is activated. It allows external sounds to come through so that you can, for example, converse with the flight attendant to order your beverage without pulling the headphones off. Ambient Aware can be set to three different levels or switched off. The EQ adjustment has three preset modes (Jazz, Vocal, Bass), and also lets you create custom EQ modes using a ten-band equalizer.

You can run the Everest Elite 700s wired or wireless, and, like almost all Bluetooth headphones, they have controls for volume, track skip, and play/pause, and an internal microphone that lets you take phone calls.

The Everest Elite 700s include one critical accessory: a soft fabric case with a padded interior. Why is this so critical? Because while the earpieces of the Everest Elite 700s fold up for transit, they don’t fold flat, as do such travel-friendly ’phones as Bose’s QC25s ($299.95) and AKG’s N60 NCs ($249.95). Folded, the Everests create a shape like a small football, which makes it difficult or impossible to fit them into a laptop bag. Many noise-canceling (NC) headphones work like this, but most of the ones I’ve reviewed included a hard-sided or semi-hardshell case that makes packing them even more difficult. The soft sides of the JBLs’ case make it easier to fit them into a laptop bag or backpack, and the case is about 12% smaller by volume than the hard-sided case included with PSB’s M4U 2s (originally $399.99, now commonly available for $299.99). 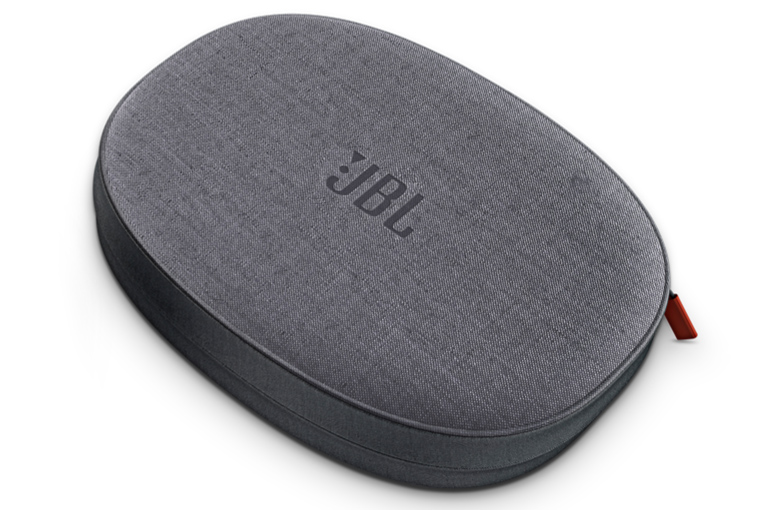 The package also includes a standard headphone cable for listening without Bluetooth, and a standard USB-to-Micro-USB charging cable. This is a welcome change from other NC headphones produced by Harman International; most Harman NC headphones use an unusual USB-to-2.5mm charging cable that’s not available in electronics stores or 7-Elevens.

The comfort of the Everest Elite 700s merits praise. The earpads are well upholstered, and just barely big enough to fit my larger-than-average earlobes. The pressure on the sides of my head was firm but evenly distributed around each ear, and there was enough padding to keep the baffles in front of the drivers from rubbing against my earlobes. The Everest Elite 700s weren’t at first as comfortable as the QC25s, but after they’d settled in for about ten minutes I forgot they were there. I lasted through a 90-minute ride on the Los Angeles Metro system without experiencing any discomfort, though I noticed that I had to adjust the headband to just the right length to comfortably distribute the pressure around my ears. 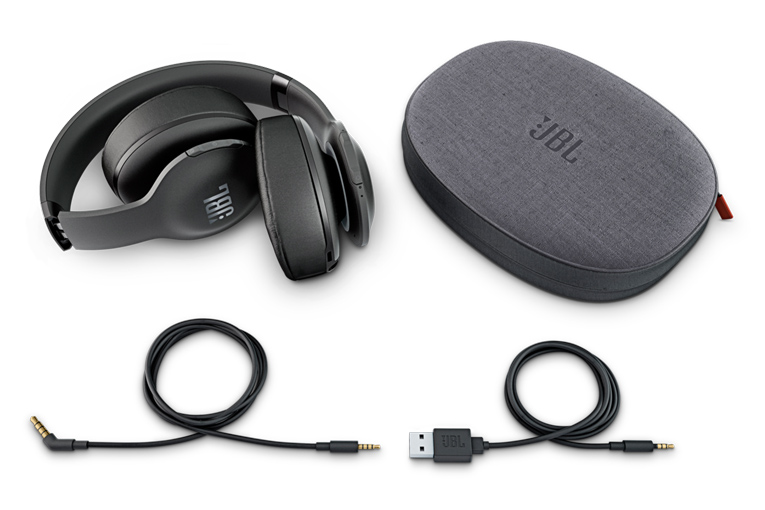 The only comfort problem I had with the Everest Elite 700s was that the headband exerted enough pressure to mash even my superslim wire-frame glasses against my head, flexing them enough to make them pinch my nose a little. I think if you don’t wear glasses, you’re likely to find the Everests very comfortable. If you do wear glasses, try before you buy.

Calibrating TruNote was simple. Hit the TruNote button on the app, and then another onscreen button to activate it. You’ll hear a quick sweep tone that lasts about half a second. That’s it. However, I could find no way to go back to the factory default settings, so I couldn’t compare the sound before and after TruNote.

The Everests’ ergonomics could be a bit dicey. The controls on the headphones in some cases have multiple functions, and you can’t tell what they do by looking at their labels. Sometimes I had to just hit a button and hope, inadvertently turning the headphones off or boosting the volume far too high. 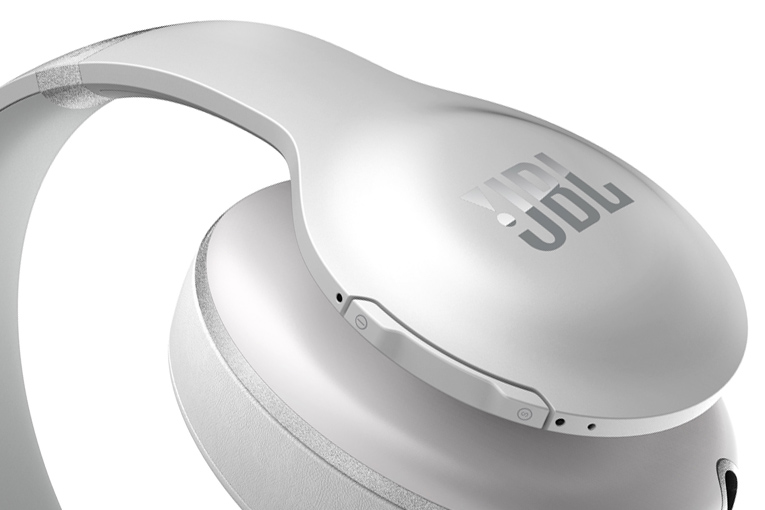 I also have a complaint about the app: It works only when the Bluetooth connection is established. Whenever I activated the app on my Samsung Galaxy S6 phone, it displayed the message “Please Connect Headphones” -- even when the JBLs were already connected via Bluetooth and playing music. The time required to establish the connection with the app seemed to vary, but when I timed it, it took 54 seconds -- and the connection had to be reestablished every time I wanted to access the controls after not using them for a couple minutes. So when you want to adjust Ambient Aware or the EQ, it will take nearly a minute to get to the controls, assuming your experience with your phone is similar to mine with mine. You can assign a function such as Ambient Aware or NC on/off to a multipurpose button on the right earpiece; if held down, the same button also lets you perform the TruNote sweep. Still, in my opinion, the app is broken; Harman needs to fix it.

Before undertaking a serious evaluation of the Everest Elite 700s, I took the headphones for a couple of trips on Los Angeles’ Orange Line to test their comfort and NC, and get a general impression of the sound quality. My first impression: “Really good!”

For one trip, I concentrated on old and new recordings of great jazz bassists. One was Money Jungle, a freewheeling 1962 collaboration between composer-pianist Duke Ellington, bassist Charles Mingus, and drummer Max Roach (256kbps MP3, Blue Note). I don’t know why the piano in this recording sounds so rinky-dink -- it always does -- but I was impressed by how the Everest Elite 700s reproduced the spaciousness and air of Roach’s cymbals while also making every note Mingus played sound clear and powerful, without the bloating heard with many headphones attempting to reproduce the sound of a double bass. 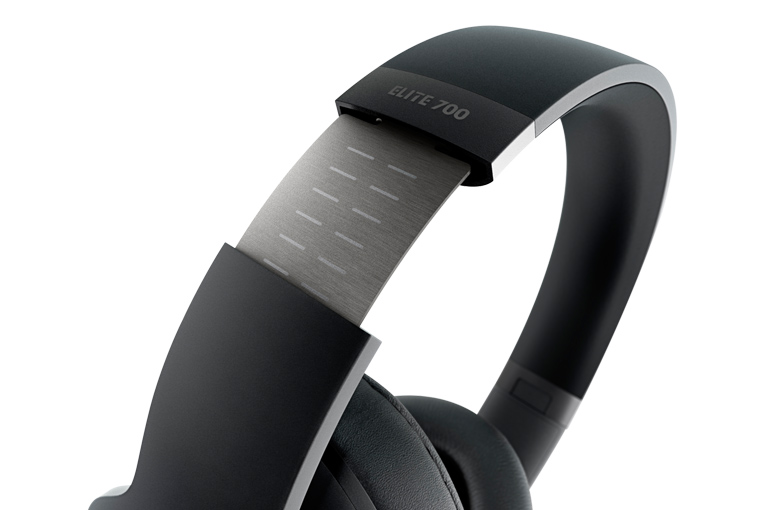 Wondering what the Everest Elite 700s could do with more recent music, I put on The Innkeeper’s Gun (16-bit/44.1kHz WAV, Bass Lion Music), a terrific 2010 recording of saxophonist Jacob Duncan, double bassist John Goldsby, and drummer Jason Tiemann. To me, this recording exemplifies what a jazz trio should sound like: intimate and natural. Through the JBLs, the tonal quality of each instrument sounded like the real deal in the trio’s cover of Lady Gaga’s “Paparazzi” -- especially Goldsby’s bass, which, like Mingus’s, was satisfyingly full yet perfectly defined; and Tiemann’s cymbals, to which the Everests lent a gorgeous sense of air and subtle reverberance without creating the unnatural treble boost I hear from so many headphones.

The Everest Elite 700s also delivered a solid performance with “Face to Face,” from Yes’s The Ladder (16/44.1 WAV, Damian), picking out all the details of this complex production and presenting them clearly, without enhancing them in any way. I loved the exceptional clarity and natural timbre I heard in Jon Anderson’s voice, which the lower-treble boost found in most headphones can make sound rather thin. I also loved the spaciousness the JBLs produced in this track’s dense background vocals and rapidly panned synthesizer squiggles. And I especially loved the way the Everest 700s treated the tone of the late, great bassist Chris Squire, whose instrument sounded tight, clean, and perfect, yet not homogenized or sterilized or overly compressed -- as rock bass recordings too often are.

I had the chance to compare the Everest Elite 700s with four competitors: the Bose QC25s ($299.95), Definitive Technology Symphony 1s ($399), and Sennheiser Momentum Wirelesses ($399.95) in one round, and the PSB M4U 2s ($399.99) in a second round. In Round 1, the JBLs emerged as my favorite by a small margin; the Sennheisers sounded a bit more spacious but a little too bassy, and the DefTechs had a mild treble coloration (which I noted in my review) that made the JBLs sound comparatively more natural. However, the Everest Elite 700s couldn’t quite match the midrange smoothness of the PSBs -- which, in my opinion, remain the best-sounding NC headphones. 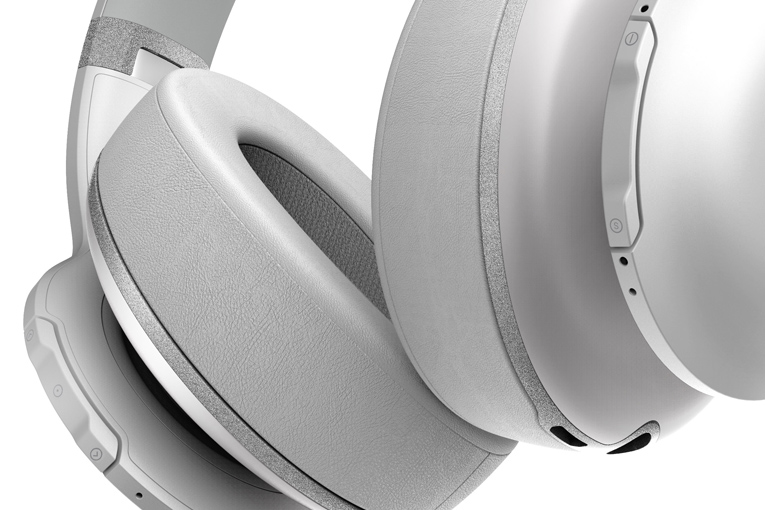 All of this listening was with noise canceling on, which in my opinion sounded much better. With NC off, I thought cymbals and other high-frequency instruments sounded weird and sizzly. It appears that JBL optimized the Everest Elite 700s for best sound in NC mode, and didn’t worry much about the non-NC sound. That’s typical of NC headphones, and an entirely reasonable design choice. The Everest Elite 700s’ noise-canceling efficacy was about average; like most good NC headphones, they eliminated most of the rumble of the Orange Line bus without doing much to reduce other sounds. The Bose QC25s and a few other headphones can do better, though.

To see if I could hear the effects of TruNote, I put the JBLs on my thigh, ran the TruNote calibration sweep, then listened again. The effect wasn’t dramatic, but it was there. TruNote had apparently decided that the different acoustical environment of my jeans-clad thigh required a bass boost and/or a treble softening. The sound was still good, but it had some excessive power in kick drums and the lowest notes of electric and acoustic basses. It actually reminded me of the Bose QC25s, which tend to sound a bit soft in the treble.

It used to be that when you bought NC headphones, you bought the Bose QC25s for their noise canceling, comfort, and portability; the PSB M4U 2s for sound quality; or the Beats Studios for style. Anything else was an also-ran. Now there are several new headphones that present mixes of sound quality, features, and comfort that might make them more appealing than the Bose, PSB, or Beats models. JBL’s Everest Elite 700s are in that club. They sound better, in my opinion, than every NC headphone I’ve named other than the PSB M4U 2s, and they offer several advantages over the PSBs: They’re slightly more portable, I found them more comfortable over the long term, and they have Bluetooth, a feature I very much enjoy using. These very good noise-canceling headphones are easy to recommend.