The late ’80s and early ’90s witnessed a resurrection of sorts for the improvisational musical genre generally lumped under the problematic title “free jazz.” Granted, that term is a bit less confusing than “energy music,” “fire music,” or worst of all, the overgeneralized “avant-garde”—terms favored in the 1960s, when John Coltrane, Albert Ayler, and Archie Shepp blew long and hard—but the “free jazz” sobriquet does little to encapsulate the music made by artists like Charles Gayle, David S. Ware, and Ivo Perelman.

Although “free jazz” is a well-deserved tribute to Ornette Coleman, who used the term as the title of his brilliant 1961 exploration of collective improvisation, it was sometimes used dismissively for musicians who eschewed traditional music notation, tempo, and tonality. For those who failed to comprehend what pioneers like Coleman, Coltrane, and Ayler were doing, “free” was used as a pejorative, implying that such artists were incapable of coloring within the well-defined lines of Western music. Rather than pay their dues, learning a few hundred standards, and gaining the discipline to formally exchange musical ideas, these young firebrands were accused of merely wanting to be “free.”

It was ridiculous, of course, particularly when aimed at musicians like Coleman and Coltrane, who had spent years learning formalized musical theory and practice before turning their minds to more revolutionary art. But surprisingly, as the fans of free-jazz pioneers aged, some of them turned against the second-generation free players like Gayle and Ware. Several of my older colleagues on the jazz scene expressed their belief that the latter-day improvisers were just coasting on the hard work of their predecessors.

One night at a jam session, I was sitting with Gayle after he had performed a wild, unharnessed set that had seen him tearing at his tenor saxophone and a piano as if there was a beast inside him. When he was prevailed upon to sit in with some more mainstream players, he turned to me and muttered, “Ah, I gotta play some tunes now.”

And then he did, beautifully. Of course he did; it wasn’t a question of not being able to, it was just that Gayle couldn’t find true release or a form of genuine expression when faithfully following the chord changes, time signature, and notation of something from the Great American Songbook.

What many critics of free music didn’t understand was that Coltrane, Gayle, and others like them were seeking more than musical expression; they wanted to transcend. In fact, some people began using the term “ecstatic” to more accurately express what those artists were trying to do.

One of those who equates the playing of free jazz with an attempt to achieve ecstasy is David Mott, a baritone saxophonist and composer who led the jazz program at Toronto’s York University for many years.

“There are three types of musicians,” Mott told me several years ago when we were discussing Coltrane’s most experimental music. “There are those who play from the ego, those who manage to put ego aside while they play, and a very few, like Coltrane, who channel something outside themselves.”

Not all of those who followed Coltrane’s footsteps were as open about their desire to achieve a higher state of consciousness, but a 24-year-old from Chicago, Isaiah Collier, doesn’t shy away from expressing his ambition. 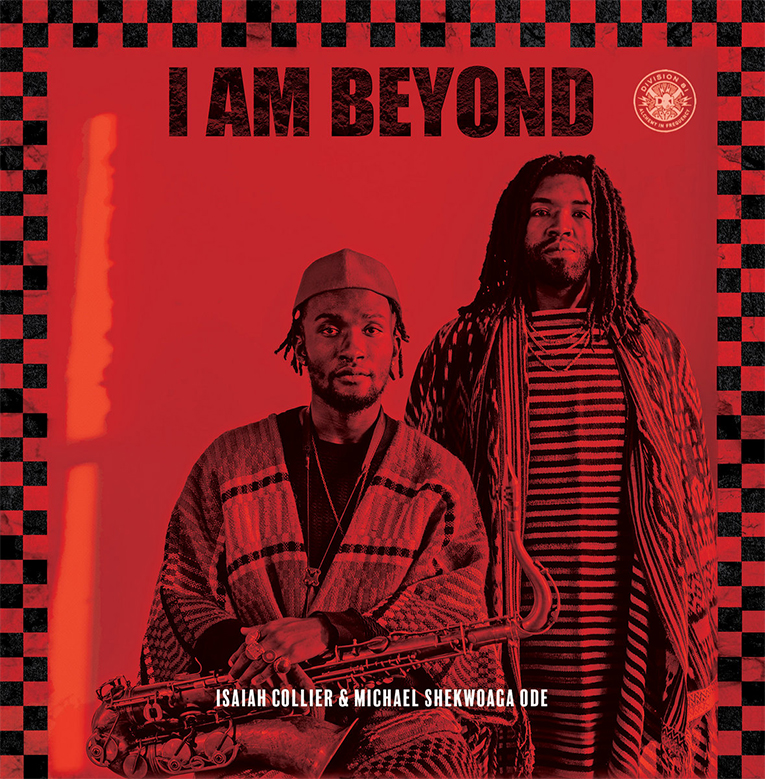 Writing about Beyond, an album of duets with drummer Michael Shekwoaga Ode, Collier stated: “Beyond is a sacred piece of work. . . . [It] represents to me trust, faith, and hope. . . . The desire to understand and yet not know at all.”

Drawing some inspiration from Coltrane’s Interstellar Space, an album of duets with drummer Rashied Ali recorded in 1967, Collier and Ode set out to create a collection of performances that go beyond what they see as limitations and physical barriers. Recorded at the Chicago Recording Company in the middle of the COVID-19 pandemic, in a city racked by senseless gun violence, their goal makes perfect sense. Who wouldn’t want to transcend all that?

Producer Sonny Daze was so onboard with the concept that he arranged a surprise to launch Collier and Ode even further into the unknown. With the microphones in place and a soundcheck completed, Daze opened the door to an adjoining studio, where poet and musical therapist Jimmy Chan had set up a gong and some singing bowls. In the spirit of working in the moment, the impromptu trio launched into an 11-minute exploration of electronics, voice, and percussion that opens the album—a tad overdramatic perhaps, but maybe not, given the weightiness of #metoo, George Floyd’s murder, and mass killings motivated by hatred of the other.

Collier and Ode leave Chan behind and move into “Suns of Mercury (Storms of Revelations),” and a couple of things become clear: Collier is no mere Coltrane acolyte, and Ode plays with more funk and flow than most drummers who pursue free jazz.

Indeed, Collier was initially inspired by Pharoah Sanders—to the point where he actually believed that it was Sanders who mentored Coltrane, rather than the other way around. And, as a Gen-Zer, Collier has grown up with the entire oeuvre of musicians like Sanders—he’s as familiar with their more recent performances with hip-hop artists as he is with their seminal work from the ’60s. His palette is broad, and his approach to the sax encompasses rhythmic music as well as music that defies strict conventions. What’s more, in a number of places, Daze cranks up the reverb, making Collier’s tenor sound like the electronically enhanced sax of another Chicagoan, the late Eddie Harris, who is best remembered for his composition “Freedom Jazz Dance.”

For his part, Ode—the son of Nigerian parents—adds a fractured groove to sections of “Confessions of the Heart” and conjures a spirited boogaloo beat on the cornerstone piece, “Omniscient (Mycelium).” Daze favors a dry sound for Ode’s drums, allowing every stick-stroke to sound clearly—a welcome change from recordings where the technique of free-jazz drummers disappears behind waves of splashy cymbals.

Both members of I Am are aware of song structure, the lack of which is another occasional shortcoming of free-jazz recordings that can render a performance as a binary experience; you either ride with the musicians as hard and as far as they want to go, or you don’t. With Collier and Ode, the ride is more frequently an undulating path, with dips into varied forms of expression. For example, on “The Vessel Speaks,” Collier effectively breaks up the high-energy onslaught with a series of cascading calls and urgent-sounding riffs that sound like they were inspired by R&B recordings of the ’50s.

Make no mistake: Beyond often sounds as frantic as any free jazz. It can get woolly, but Collier and Ode never allow the listener to forget that this is music of the soul. The occasional nod to something more traditional is grounding, and reminds you that the artists are deconstructing musical ideas the same way that pioneers of molecular gastronomy like chefs Ferran Adrià and Grant Achatz turn ingredients inside out to create foods that the palate has never experienced in quite the same way.