There was a time when you could identify a “Texas tenor” like Dewey Redman or a New Orleans drummer like Ed Blackwell by their sound alone. Today, even someone from a small outpost in Sweden or Canada might sound like someone else from Singapore or Cameroon.

On the fourth recording under his own name, busy late-40s drummer Rudy Royston sets out to accomplish several things -- among them casting his mind back to his childhood in Texas, where he lived before moving to Denver and then, in 2006, to New York. But although he was born in Fort Worth, it’s rural Bastrop, Texas, that he’s imagining, and his memories of it -- riding with his brothers in the conveyance expressed in the album’s title or spinning in circles with eyes closed -- are just as suited to a child’s life in the 1870s as to the 1970s. They’re simple pleasures and sensations, and they mesh with the drummer’s other goals on this record: to express feelings of movement, of time and space, and to do that in a highly textured instrumental setting. 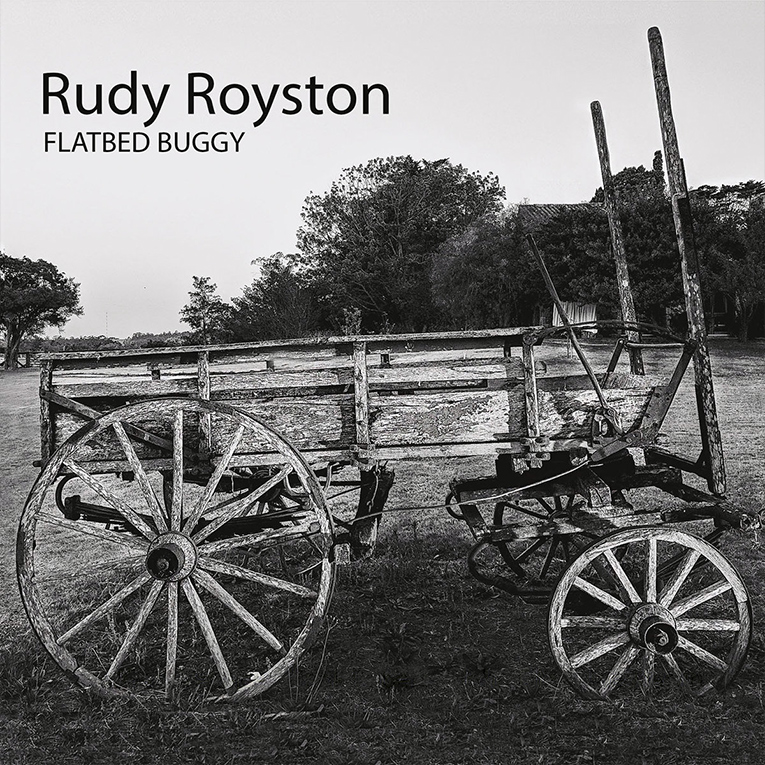 For voices, Royston chose dark reeds (John Ellis on bass clarinet and saxophone), accordion (Gary Versace), cello (the fabulous Hank Roberts), and acoustic bass (Joe Martin). This chamber-music-like ensemble is a fine match for Royston’s drums, which are often resonant and rich. To call Royston a colorist is too limiting -- he has an extraordinarily broad technical palette -- but despite having performed with mainstream artists like Javon Jackson, he prefers to play with forward momentum rather than staying in a rhythmic pocket. If this music is full of the dust of rural Texas, Royston is a drummer who can play with a touch that is as light and ephemeral as that dust.

On “girl . . . WOMAN,” one of several compositions with titles that express movement or spatial development, the music unfolds languidly, hollow tones contrasting with the clacking of clarinet keys or Royston’s subtle cymbals. A devotee of veteran drummer Jack DeJohnette, Royston is a master of creating a tapestry of sound using just his cymbals. After almost nine minutes, a persistent rhythm signals a change in direction, and the piece concludes with an up-tempo melody that sounds like a triumphant dance.

The corresponding “boy . . . MAN” begins with a simple bass part and a cello melody full of potential. What it portends, surprisingly, is a stabbing rhythm and six-note descending figure anchored in the blues that dominates the final minute. Is the boy headed into rockier waters than his female counterpoint? 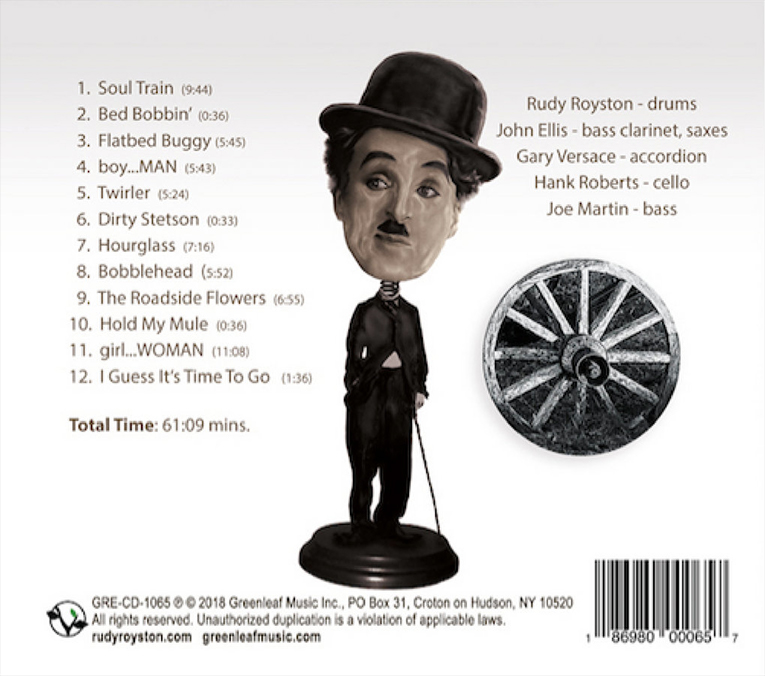 “Bobblehead” comes at the time/space theme a different way -- throwing up a riot of rhythmic and melodic motifs, as if the horse-drawn buggy has been traded in for a rattletrap jitney, and it’s careening downhill, out of control. The manic interplay of cello, saxophone, accordion, and taut drums makes it sound like it came out of the Raymond Scott songbook. It’s here that the music sounds most like it was composed by a drummer; by no means a bad thing. These are the kind of colliding beats, time feints, and rhythmic shifts that fill every drummer’s head. Royston lets the beast loose, and his band responds with aplomb.

By contrast, “Soul Train” moves like a beautiful waltz, buoyed by a highly attractive melodic device. The opening track on the album, it serves to effectively introduce the solo voices, while Royston stays busy in the background. Two-thirds of the way through the nine-minute piece, the pace changes to a stuttering clatter and Roberts plays an exceptional solo that is one of the recording’s highlights. As an early collaborator with Bill Frisell, Roberts played a large role in defining the guitarist’s influential music of the 1980s, music that pulled from American rural roots, early jazz, and film music. Royston was a later Frisell sideman, and he and Roberts fit together like the relationship was predestined.

Produced by Royston and engineered by veteran David Kowalski, Flatbed Buggy has as much space and texture in its soundstage as Royston wrote into the music. As noted, the sound is organic enough to capture the noise of instruments being played when it makes sense, yet it has the depth to let the quintet breathe.