Now from Arrow Films, known primarily for the release of splatter/shock movies, comes Spotlight on a Murderer (1961), the black-and-white film Franju made right after Eyes Without a Face. A neat, tidy murder mystery in the Agatha Christie vein, it’s well acted and beautifully photographed, but overall, fairly ordinary.

The Comte Hervé de Kerloguen (played by Pierre Brasseur), a rich old man who knows he’s dying, chooses to succumb behind a two-way mirror in the great hall of his chateau. Were he alive, he could see out, but no one on the other side can see in. Summoned by a lawyer, his relatives assemble. Each wants the inheritance, but it can’t be released without a body. The young relatives explore the castle, but one by one they begin having fatal accidents. Or are they murders?

Along the way, several of the relatives decide to feature the castle in a sound-and-light show. It’s the scenes of this event that provide the most tension, and give Franju a chance to feature one of his passions: microphone and sound systems used in a cool, clandestine way. Other Franju signatures pop up: birds (a statue, some dead crows, a very live owl), ugly little cars, and beautiful young women. 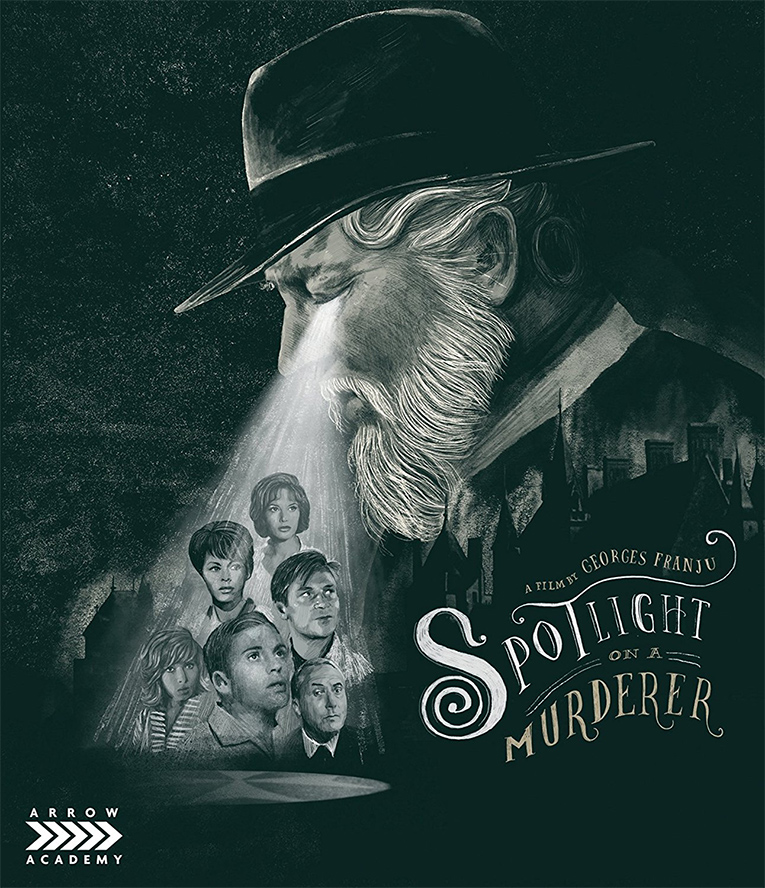 The cast is most appealing to watch. Would that they had better lines to say. Jean-Louis Trintignant is perhaps the most famous, though Marianne Koch and Dany Saval make impressions.

Arrow seems to want to be for horror what Criterion is for mainstream films. Spotlight on a Murderer is given a spiffy transfer in crisp, properly contrasted black-and-white. Except for a few damaged frames, it looks like a Criterion release. The sound is quite good, considering its age. Maurice Jarre’s quirky little main theme comes across well. The only extra is a half-hour fluff piece featuring interviews with Franju and several of the actors.

If you want to expand your knowledge of Franju’s films, rent this one. You’ll probably enjoy almost every minute -- and then have little desire to watch it again.

Be sure to watch for: That light-and-sound show is impressive. At one point, you hear a horse and see the drawbridge illuminated. It’s so impressive that you can easily imagine the horse and rider as if they were right in front of you.