Sullivan's Travels opens with the last scene from a movie that director John L. Sullivan (Joel McCrea) is showing to his studio bosses as an example of a socially responsible film. Sullivan has apparently been making comedies and feels that he should go for something deeper. Against everyone's advice, he decides to go out in the world dressed as a hobo, to do research on the poor so as to accurately portray them in his projected film, O Brother, Where Art Thou? (Joel and Ethan Coen paid tribute to Sullivan's Travels' writer and director, Preston Sturges, and Sullivan by using this as the title for their movie starring George Clooney, made in 2000.)

Right off the bat, the director (a personification of Sturges himself) gets involved in a hilarious Keystone Cops-style chase scene. Then he runs into sisters, one of whose husband has just passed away. They con him into putting on the dead man's clothes and take him to the movies, where they are distracted by kids misbehaving (a cutting-edge, slice-of-life satirical spoof of theater audiences). Finally he ends up at a diner, where he meets "the girl" (Veronica Lake, sporting her famous peekaboo curls), and the two team up to start Sullivan's real journey. 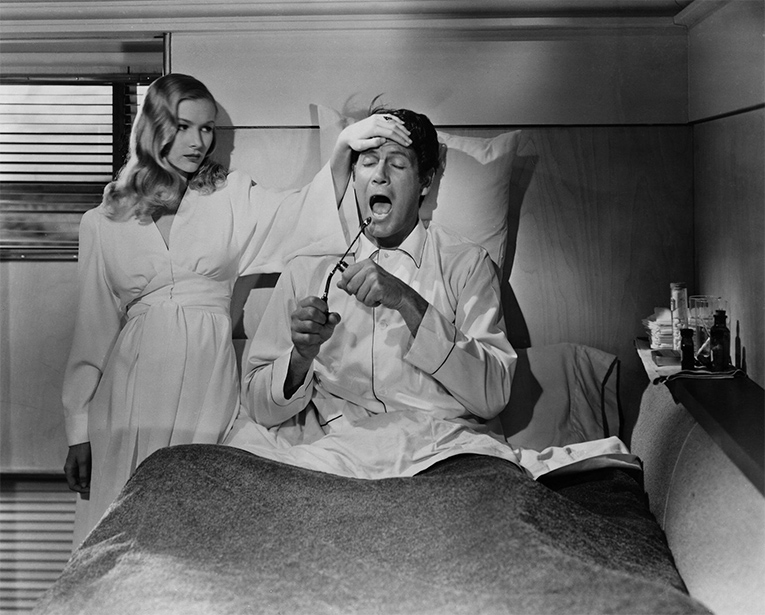 The movie is certainly a very funny comedy, yet during Sullivan's wanderings, the script makes excursions into melodrama, social commentary, and even the crime genre. Few writer-directors could have handled these shifts in mood as well as Sturges did. They don't jolt, as they well might, but seem natural progressions in the overall narrative. The final conclusion is a win for comedy. Sullivan realizes that the poor don't need to be exposed on screen -- they know they are poor and need to laugh, along with everyone else.

The drop-dead-gorgeous black-and-white print was restored at Universal Studios, and the monaural soundtrack was remastered from a 35mm track made from the original soundtrack negative. The picture has excellent contrast and sharp definition. Though Sturges often uses a stage-perspective technique for many scenes, without cutaways or close-ups, in other scenes he comes in for very tight close-ups of interesting faces, and the superb resolution will etch these in your memory. The remastered sound is very good. I didn't miss one word of snappy dialogue, and the music score came across quite well. 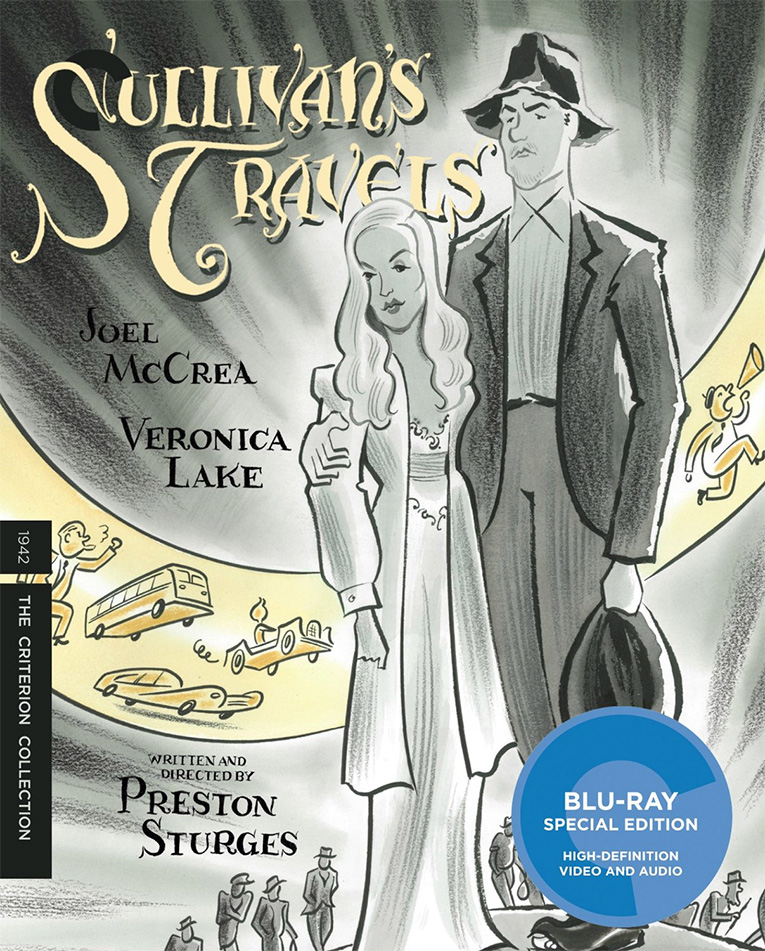 When Preston Sturges was at the peak of his relationship with Paramount Studios, he created some of the industry's best comedies. In my opinion, Sullivan's Travels is his greatest movie, a film that still entertains 74 years after it premiered. It should appeal to everyone, too, not just film buffs.

Be sure to watch for: Demonstration-worthy scenes run rampant throughout Sullivan's Travels. At the end of the film, within the film that starts the movie, look at the detail in the water spray as two pugilists fall into the river. This immediately precedes a cut to a projection room where cigarette smoke curls upward in the shaft of light from the projector. The Blu-ray picture makes these scenes memorable.