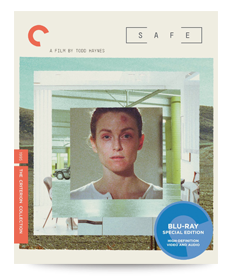 Environmental Illness as a Horror Story

We face chemical exposure every day. We experience it while we're driving, when we're cleaning, when we use pesticides, when we're near smoke or smokers, and when we're dealing with plastics and synthetic fabrics. COPD (chronic obstructive pulmonary disease) sufferers like me are particularly zoned in to this exposure since we literally feel it in our lungs. Most of us identify the issue and eliminate it from our lives, or at least reduce our exposure. Others, though, have severe psychological triggers that can cause nausea, fatigue, headaches, and skin inflammation, requiring bed rest or hospitalization.

Carol White (Julianne Moore, in a breakout performance) coughs ominously as she exits her car in the opening minutes of Safe, a 1995 film by American director Todd Haynes. Carol lives in the expensive suburbs of California, where she does little more than supervise a housekeeper and provide her husband (Xander Berkeley) with dutiful, passionless sex. She's vacuous though quite proper; you'd hardly know she was there.

As Carol's dizzying, terrible descent into MCS (multiple chemical sensitivity) spirals, she has a coughing conniption while driving her car behind a smoke-belching truck, suffers a bleeding nose, and her skin starts getting blotchy. By the end of the movie, she is scarcely recognizable as the empty-headed socialite at its beginning.

In the last third of the film, Carol goes to Wrenwood, a rural recovery center run by suave shyster Peter Dunning (Peter Friedman) and is reminded constantly that her problems are her fault. It's no surprise that she doesn't get better and ends up living in a sterile, windowless, metal igloo. 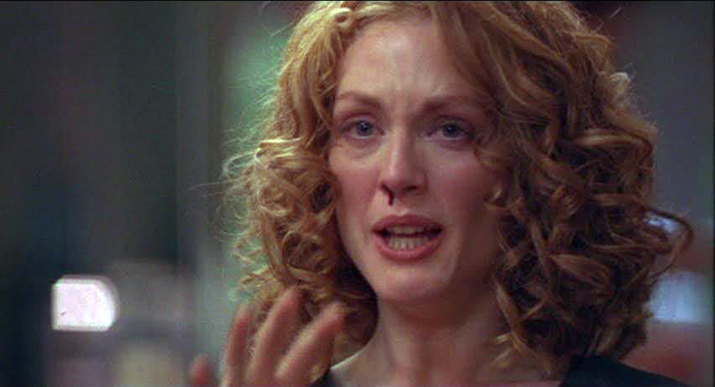 Moore is amazing to watch in this film. Without too much makeup, her face and demeanor change dramatically during the movie's 119 minutes. It's an acting tour de force that really impressed me. The rest of the cast is on the mark, too, but it's really Moore's show; she's on camera 98 percent of the time.

Haynes underlines the fact that Carol is disappearing into herself by utilizing widescreen (1.85:1) shots that place her at the extreme right or left edge of a scene, just about pushed out of it. I understand that an earlier DVD of this movie had the incorrect aspect ratio, so a lot of the superb spatial effects were missing. Not so in this correctly framed Criterion edition, which is rich in color and detailed enough, considering the deliberate grain of the original. The audio is mono, but it's a very strong track, good for the rock and pop songs used, as well as Ed Tomney's often-spooky score.

Extras include a 2001 commentary track with Haynes, Moore, and producer Christine Vachon. It's an entertaining track that sheds a lot of light on the movie's creation. There's also an interview with Vachon from 2014 and a new conversation with Haynes and Moore. The most interesting extra for me was The Suicide, an early student film by Haynes, which says a lot about bullying at school. Remember, it was made in 1978, long before all the recent films and efforts to stop bullying. Haynes is openly gay, which might be the reason he picked the topic when he was just in high school.

Safe is a modern horror story about everyday things, and that's what makes it so scary. We all breathe in these chemicals.

Be sure to watch for: There are quite a few memorable moments in this movie, but none so riveting as the final head-on close-up of Carol's face. Most Hollywood movies would have the disease cured and the family put back together, but Haynes ends on a question mark. It's one you'll have trouble forgetting.