"The Shooting / Ride in the Whirlwind" 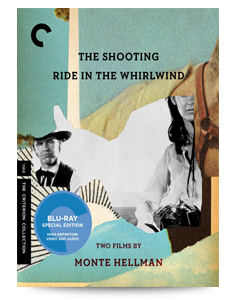 In the 1960s producer/director Roger Corman developed a moviemaking machine that gave first opportunities to many budding actors and directors. Monte Hellman was one of the latter, Jack Nicholson one of the former. The two teamed up to make two short Westerns, The Shooting and Ride in the Whirlwind. They were made concurrently in six weeks on a low budget, and they featured overlapping casts but different leading men. 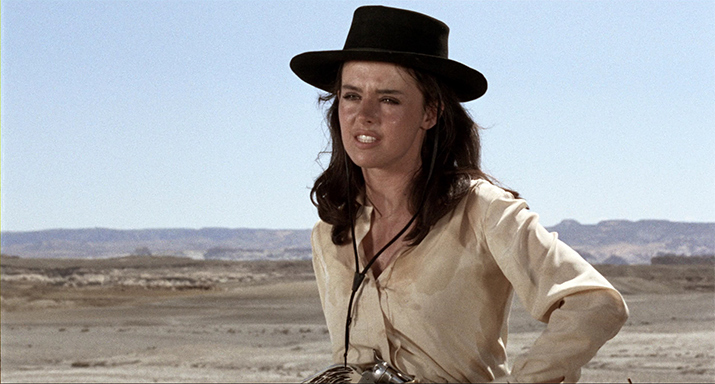 The Shooting stars character actor Warren Oates as Willett Gashade, cast against type as a lead. He plays a tracker who is hired by a woman (Millie Perkins) to chase and bring a killer to justice. We never know exactly whom that man killed or even who he is until the surprise ending. Aided by gunslinger Billy Spear (Nicholson), who joins the party at midpoint, Woman (her character's only name) exemplifies blind revenge; The Shooting is one of the few Westerns to feature a woman as a villain/protagonist. That's not the only thing unusual about the film. It aims for gritty reality, tossing away all the romanticism of John Ford.

Ride in the Whirlwind, scripted by Nicholson and starring veteran Western actor Cameron Mitchell as Vern, is more conventional than The Shooting, while still gunning for realism. Three drifters stumble upon a group of bandits who've just robbed a stagecoach. They escape and the inevitable posse thinks they are part of the gang, relentlessly pursuing them across the plain. The three are quickly cut down to just Vern and Wes (Nicholson, this time cast in a sympathetic role). 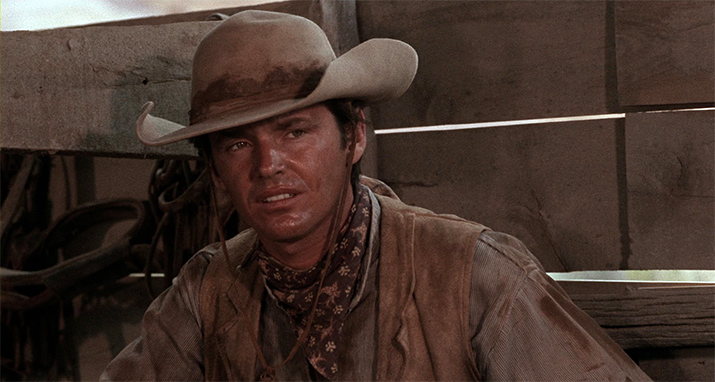 These two movies have many cult followers who will be quick to point out their many assets, such as the gritty Utah desert replacing the usual romantic one of John Ford; the amazing acting from everyone concerned (in addition to the ones already mentioned, there are Dean Stanton -- nowadays billed as Harry Dean Stanton -- Will Hutchins, B.J. Merholz, and Charles Eastman). The photography of Gregory Sandor is brilliant, and the dialogue is at times pithy. But for me, there's something missing. Perhaps there's too much blood drained out of the characters or too little backstory to pit them against, but I feel the parts are much greater than the sum.

That said, Criterion has given these films their best shot ever. Before I forget it, the Criterion catalog numbers are 734 and 735, but the two movies are on one Blu-ray Disc. The transfers were supervised by Monte Hellman, still very active on the scene at 82, who discloses in one of the commentaries that the new transfers are the first time they've been able to color time the desert scenes correctly. Sandor's loving close-up shots of the actors are splendid in Blu-ray, looking almost like portraits. The sound is excellent for 1965; the gunshots ring particularly true. 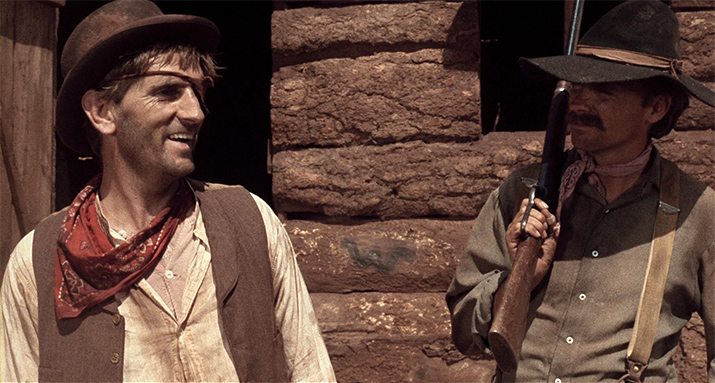 There are commentary tracks for both films featuring Hellman with film historians Bill Krohn and Blake Lucas. The trio are onscreen only 40 percent of the time, but they deliver a lot of information. There are new interviews with Roger Corman, John Hackett, B.J. Merholz, Millie Perkins, and Harry Dean Stanton, as well as assistant director Gary Kurtz and chief wrangler Calvin Johnson. The interview with Hellman and Corman crackles and is particularly exciting. More extras include an overly arty written piece for the booklet by critic Michael Atkinson and a successfully arty mini-documentary film on Warren Oates by critic Kim Morgan.

The Shooting and Ride in the Whirlwind are well worth seeing, but I’d recommend a rental on this set to determine whether you like it well enough to buy it.

Be sure to watch for: There’s a remarkable scene about ten minutes from the beginning of the movie that places Warren Oates in the foreground and Will Hutchins in the background unloading a horse. When a shot is heard, Hutchins runs up the hill, trailing a cloud of flour dust while Oates remains passive, staring forward. The contrast makes the scene memorable.