(Don’t) Look Before You Leap 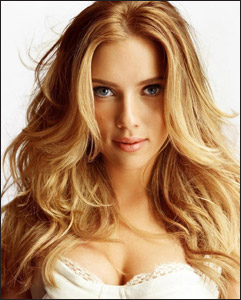 The summer after my freshman year of college, while some of my friends took résumé-building internships and others embarked on life-changing trips to places around the world, I moved back home and took a minimum-wage job at a water park. At the time, it seemed the most miserable thing I’d ever had to do. As far as I was concerned, the job’s only perks were the free sodas in the break room and the frequent interactions with girls in bikinis. By the beginning of that August, though, I’d saved $1500, and decided to spend part of it on a car.

I didn’t take my search for a vehicle lightly. I read up on which cars were the best to buy used, and things to look for to avoid buying a lemon -- an easy mistake to make when you have less than $2000 to spend. The search was a frustrating and time-consuming one that, with only a week to go before classes started, finally ended in an old guy’s driveway with my purchase of a mint-condition, fully optioned 1993 Chrysler LeBaron for $1000 -- the most money I’d ever spent at one time in my life. Karen, as I named the blue LeBaron, made it until last year, when her transmission gave out and I had to begin the search again.

Spending thousands of dollars on anything never fails to make me nervous, so I always do what I can to ensure that I’m not making a bad purchase. My assignment for this article was, as an audio equipment novice, to go to several stores with the intention of spending no more than $2000 on a stereo system, and to document my experiences. Outside such well-known names as Sony and Pioneer, I’m unfamiliar with makers of audio equipment. There are probably third-graders who can tell you more about, say, multizone receivers than I ever could. For this article, I did no research about what I was getting myself into. With my wallet wide open and my mind unencumbered with what a reasonable price might be for a set of bookshelf speakers, or whether 12- or 16-gauge speaker wire is best, I ventured to Best Buy, anticipating the worst.

I began my research at Best Buy because, I figured, it might offer a less intimidating experience than what I expected to face at the boutique audio stores I’d also be visiting. Of course, I expected that any salesperson at Best Buy would try to “upsell” me on things, and I figured, too, that he or she would try to overwhelm me with jargon. I don’t think my mouth was agape, but my body language may have revealed that I was confused and vulnerable -- it wasn’t long before a Best Buy employees approached me as I stood in the aisle where sat shelves full of shiny black A/V receivers, each of them dotted with smooth-turning knobs and mysterious buttons that made satisfying little clicks when pushed.

“You need some help?” asked the blue-shirted guy.

“Yeah,” I said. “I’m looking to put together a stereo system.”

“We’ve got a lot of good surround systems.”

“I just want two speakers, a 5.1-channel receiver, and a subwoofer.”

I was then informed that the so-called home-theater-in-a-box is one of Best Buy’s biggest sellers. Even though I’d just said that this was not what I was interested in, he still led me over to this section to show them to me. When I again told him that this was not what I was looking for, he led me back to the receiver aisle and showed me what he considered the best options: Yamaha’s RX-V367 (MSRP $249.95 USD) and Pioneer’s VSX-520-K ($229), both 5.1-channel receivers that provide in the neighborhood of 100Wpc. I also learned that these receivers were designed with an eye toward the forthcoming 3D technology. Because the main uses I had for an AVR would be listening to my iPod, playing CDs, and running a Blu-ray player through it, the salesman didn’t encourage me to spend more money -- which I found somewhat surprising.

Next, we moved over to the speaker aisle, where I asked the salesman if floorstanding or bookshelf speakers were the way to go. One of the caveats of the system I was supposedly intending to assemble was that it had to fit into a relatively small room (17’L x 15’W) without being too obtrusive -- something I had to be mindful of to keep my hypothetical girlfriend, Scarlett Johansson, happy. Given these requirements, he recommended bookshelf speakers. Specifically, he thought that a solid choice would be a pair of Polk TSi100s ($229.95/pair), which can handle from 20 to 100W. I like the look of floorstanding speakers, though, so I asked which of those he could recommend to meet my needs. The Klipsch Icon VF-35s ($374.99/pair) can handle up to 400W of power and are sleek enough for my room-size restraints.

Best Buy’s selection of subwoofers is somewhat limited -- this store carried three models -- so the salesman could offer only one recommendation: Polk’s PSW110 ($249.99). This is, apparently, a nice entry-level sub that can deliver enough bass for my room. The last thing we discussed, before the salesguy rushed off to help an actual customer, was speaker wire. He recommended Rocketfish 16-gauge ($19.99/30’), a Best Buy store brand that, he contended, is comparable to Monster Cable.

I entered Soundtronics, Inc., here in Wilmington, North Carolina, on a Thursday afternoon. The store was empty of patrons but filled with audio/video goodies. To the left was a room lined with TVs, to the right rooms for demonstrating equipment, and between them rows of shelves filled with receivers, cables, and anything else you might need for your home theater. I was just beginning to take it all in when a long-haired, bearded fellow walked up to me.

“How can I help you today?”

“Gotcha. Let’s start with the receiver.”

I was interested to see that he recommended the same AVR that the Best Buy guy had: Yamaha’s RX-V367. The Soundtronics salesman, though, also endorsed the RX-V567 ($479.95), a 7.1-channel receiver that’s something of a step up from the V367. However, once I’d told him about my budget, the exact specifications of my hypothetical room, and the demands of my neat-freak girlfriend -- whose celebrity status I didn’t feel the need to mention -- he told me that the V367 would be just the thing. 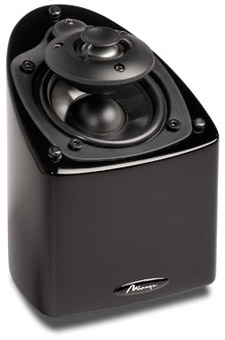 As a specialty store, Soundtronics offers higher quality and a larger selection of speakers than Best Buy. The brand the Soundtronics salesman was most high on was Mirage, which I discovered is a subsidiary of Klipsch -- the manufacturer of the floorstanding speaker recommended to me at Best Buy. Again, the salesman steered me toward a bookshelf speaker, in this case the Nanosat Prestige ($349/pair). The Nanosat is very small (5.8”H x 4.2”W x 4.3”D), and its slanted, dome-shaped top gives it a slick, futuristic appearance. The dome is a necessary part of this speaker’s design, as it accommodates the interesting, stacked arrangement of the woofer and tweeter that allows the speaker to radiate sound through a full 360 degrees. I got the chance to hear the Nanosats cranked up pretty high, and was impressed with how good they sounded. Though my ears aren’t as well trained as a true audiophile’s, I could detect little deterioration of the sound at high volumes. The bass, too, sounded powerful, even without the support of a sub. But given that I (supposedly) had $2000 to spend, the Soundtronics salesman informed me that I might want to consider the Mirage OS3-FS ($889/pair), as this would provide me with a richer sound, and a nice foundation for building a full surround-sound array.

As for subwoofers, this salesguy thought that the Proficient PS8 ($360) might serve my needs. It’s smaller than the sub I was shown at Best Buy, but from what I was told, Proficient is a bit of a step up from Polk. Soundtronics also carries some Mirage subs, and the model that was pointed out to me was the Mirage Prestige S10 ($599.99). Though a bit more expensive than an introductory-level sub, this, again, would be a good start for a full surround system. Finally, the Soundtronics salesman told me that, for my budget, speaker wire is not much of an issue. Basically, any brand of 16-gauge will work as well as any other.

Sound Decisions, my final stop, has a listening room set up with a large plasma screen and full surround sound. As I had at the other two stores, I told the guy at Sound Decisions exactly what I was looking for, and gave him a full rundown of the specifics of my room and the requirements of my especially significant other. I basically had two choices for speakers, he said: Paradigm’s Mini Monitor ($499/pair) or Studio 10 ($799/pair), both bookshelf models that can be paired with stands ($150 and $400/pair, respectively) and that pack a powerful punch. The bass that either of these speakers can put out is quite impressive. In fact, the Sound Decisions salesman suggested that I might want to bypass the subwoofer for now and invest in a better receiver. 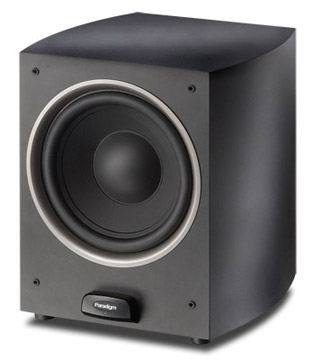 Again, as with speakers, I was strongly encouraged to purchase only one brand of receiver: Onkyo. At $499, the Onkyo HT-RC260 is a good bit more expensive than the Yamaha RX-V367, but it’s a 7.2-channel AVR. However, I haven’t been able to establish to my own satisfaction if Onkyo’s products are more highly regarded than Yamaha’s. When I asked for suggestions of a good subwoofer, the salesman at Sound Decisions said that the Paradigm PDR-10 ($349) is the way to go. I heard this sub paired with both the Mini Monitors and the Studio 10s, and found the power of the bass to be amazing. I finished my conversation with the salesman at Sound Decisions as I had my conversations at Best Buy and Soundtronics: by asking about speaker wire. He suggested that any brand would do, but that 12-gauge was what I would need.

I was surprised that none of the salesmen I spoke with made an effort to hard-sell me on anything, and I appreciated that none went out of his way to talk over my head or make me feel dumb. Not knowing much about what I was looking to buy made it a bit difficult to decide whether the advice all these guys were giving me was reliable, but it was interesting that two of the three recommended the Yamaha RX-V367. This indicated to me that this probably is a good component that’s worth its price.

At each of these stores, the choice of speaker made a big difference in what it would cost to assemble a stereo system. Though more expensive than other bookshelf models, the Paradigm speakers sounded the best to me, so my $2000 would ultimately go to Sound Decisions.

But at any of these three stores, a novice could, with some friendly guidance, put together a system that would make him and his famous girlfriend happy for years to come.

Now, on to my next assignment: assess an Internet-direct shopping experience . . .