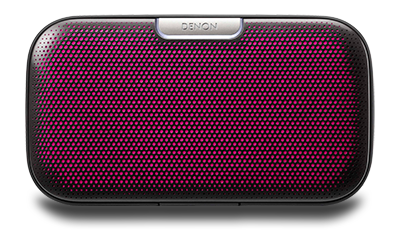 I was comparing two Bluetooth speakers, wishing that one had brighter treble and the other more defined bass. Then, as if a genie had been summoned, there was a knock on the door. It was John the UPS man, delivering the Denon Envaya DSB-200BK.

The Denon Envaya DSB-200BK ($219.99 USD) comes with more stuff than do most Bluetooth speakers: a power transformer and cord with three plug adapters that allow it to be used just about anywhere in the world; a quick-start guide and safety instructions; and grillecloth inserts in various colors -- Lunar, Indigo, Fandango, Sunset. The speaker itself comes in black or white.

The Envaya is 10”W x 5.5”H x 1.75”D, or 3.75”D with its kickstand extended. That kickstand is one of the speaker’s neatest features, and can be operated with one hand. When the stand is extended, it creates a nice little ridge that you can use to carry it around. When the stand is retracted, it’s best to tuck the Envaya under your arm.

The body is a semigloss rubberized material; the grille itself is black or white, and the grillecloth color of your choice goes behind it, slipped into a plastic frame. Pop off the grille to see the two 2.25” drivers and a hefty 4” passive radiator. The Envaya weighs an impressive 2 pounds, 12 ounces, and seems to have been made to endure rugged use while looking sleek and stylish. 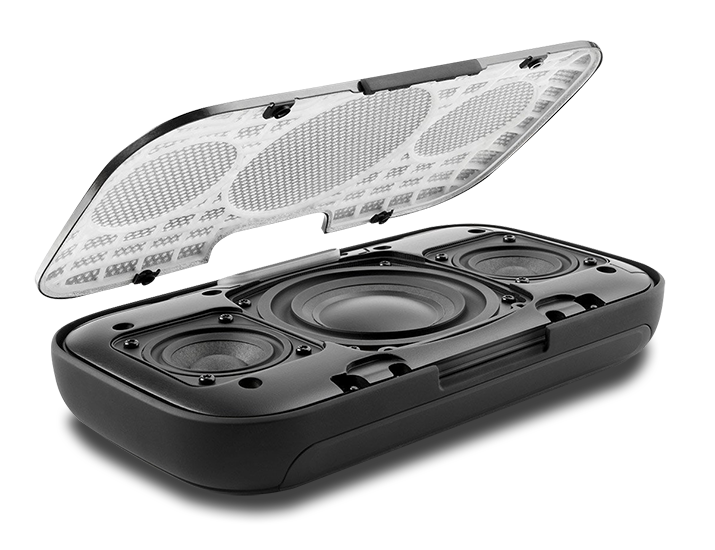 The inputs are along the Envaya’s right edge: Auxiliary, Power, a USB port for charging your mobile device (this won’t play tracks from a thumb drive), and a recessed Reset button. The controls are along the top edge, in two groups of three each: Power, Auxiliary, and Bluetooth pairing; and Mute, Volume Down (-), and Volume Up (+). To the left of the power button is an LED bar. Push the Power button once to display the remaining battery charge, and hold it in for a few seconds to turn the Envaya on or off. The two sets of controls are separated by an NFC tag.

At the top of the grille is the Denon logo, outlined by what turns out to be an LED that blinks when you’re pairing the Envaya with a Bluetooth device, glows steadily when pairing is achieved, and then goes dark. It also blinks when you’re adjusting the volume. 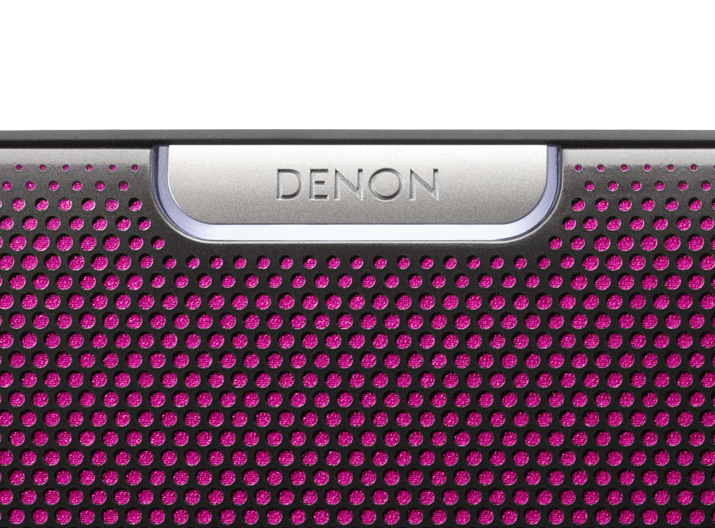 The Envaya has a rechargeable battery, or can be run from AC using the same charging cord. Denon says it charges in about 2.5 hours, which seemed accurate, and that a charge is good for ten hours’ worth of music. I found that a charge lasted about eight hours, but I was playing it at very loud volumes. That makes a difference.

Bluetooth pairing was a snap. If you have an NFC-enabled device, tap the NFC tag on the top of the speaker and you’re connected; but even if you don’t have NFC, pairing is quick and easy. In addition, the Envaya uses multipoint Bluetooth technology, which lets you simultaneously pair as many as three Bluetooth devices to the Envaya.

Connectivity was good. I could roam as far as 27’ away in my home and still have a solid connection. Denon promises 33’, but I imagine that’s for outdoors, or indoors with no intervening walls or doors.

The Denon Envaya DSB-200BK is crammed with all sorts of things to make it sound great: aptX, AAC, and SBC Bluetooth decoders, as well as the smarts to automatically select which decoder matches your Bluetooth device. The aptX is Low Latency compatible, to eliminate audio lag when gaming or watching videos.

The Envaya also has MaxxAudio, from Waves. This fine-tunes the sound with a number of audio-processing technologies to provide the “best sound from any connected source.” More hype: “MaxxBass: Digital low-frequency processing creates a virtual subwoofer, reproducing deep, natural sounding low-end, up to 1.5 octaves below the actual physical capability of the drivers. MaxxTreble: Digital high-frequency enhancement brings out sonic nuances with crisp detail and clarity. Maxx3D: A widened 3D audio image producing spacious music, movie, and gaming soundtracks is generated by digital soundstage processing.” 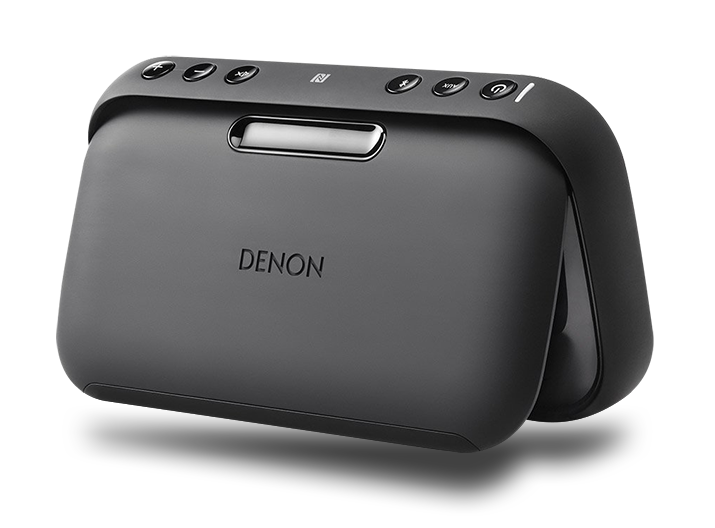 Maybe it’s not mere hype. In my listening tests, it all worked as advertised. The Envaya had great presence, properly balanced warmth and detail, amazing transparency for a Bluetooth speaker, and impressive bass response for its size. And yes, it did create images beyond the confines of its enclosure. When I listened to the introduction to Jimmy Webb’s “Watermark,” sung so well by Richard Harris on The Webb Sessions 1968-1969 (16-bit/44.1kHz ALAC, Raven), the image of the piano was outside the right speaker driver, and the percussion was way outside the left one.

But that’s not where I started my listening. I began with perhaps the most challenging recording stored on my iPod Touch: Saint-Saëns’s Symphony 3, “Organ,” with the Detroit Symphony conducted by Paul Paray (16/44.1 ALAC, Mercury Living Presence). This has some of the most incredibly loud and soft orchestral playing ever recorded -- plus a gigantic pipe organ! I expected the Envaya to cave, but it didn’t flinch. In the fourth movement, whether it was the gently rippling piano or the thundering organ, everything sounded clear and neutral, with enough bass that I could believe that MaxxAudio had tricked me into thinking more bass was there than actually was. The thundering timpani interjections in the third movement were also most impressive. And the Envaya could play loud -- with a recording such as this, I actually had to back off the volume a few notches.

This was the first single-cabinet speaker of my experience that produced, without qualification, a convincing stereo effect. This was better heard up close, but it was still there when I moved farther away. And there was no kind of music that didn’t sound good through the Envaya: J. Geils Band, Vampire Weekend, Ben Folds, Peggy Lee, Renata Tebaldi, or the London Symphony Orchestra -- everything sounded rich and full, with good presence and deeper bass than I expected, and with crisp, clean highs.

Denon’s Envaya DSB-200BKis a winner. It projects any kind of music convincingly, and looks great while doing so. Its innovative kickstand design is contemporary and cool, and the interchangeable grillecloths and power adapters are nice touches. And those two other Bluetooth speakers I was comparing when the Denon arrived? The Envaya turned out to combine the best attributes of both in a stylish, innovative package.

Way back in the 20th century, I owned Denon components that were the state of the art, but I hadn’t heard from the company in some time. Evidently, they still have plenty to say. The Envaya may be just a portable, but it can go head to head with just about any Bluetooth speaker out there.