Note: for the full suite of measurements for the Clarus Cable Coda DAC-preamplifier from the SoundStage! Audio Electronics Lab, click this link.

Everyone has songs in their memory bank they can call forth at will—tunes that relate to special moments, or just pieces they’ve heard so often they can hum them note for note.

One of the compositions found in my head is Thelonious Monk’s “Pannonica,” the beautiful song the pianist wrote for his friend, Rothschild heiress Baroness Pannonica de Koenigswarter. It doesn’t occupy my memory for any particular reason beyond its distinctive melody and the fact that it has become a jazz standard. I’ve heard numerous versions of it, by many different musicians; but I still expect any rendition to follow a certain path, even if the interpreter substitutes some chords for Monk’s originals, or alters the tempo.

What I don’t expect are some of the notes saxophonist Hafez Modirzadeh and pianist Craig Taborn play on a version of the song that appears on Modirzadeh’s album Facets (24-bit/48kHz WAV, Pi Recordings 87); or the notes pianist Kris Davis plays on “Facet 34 Defracted,” an improvisation on “Pannonica” and another Monk composition, “Ask Me Now.” 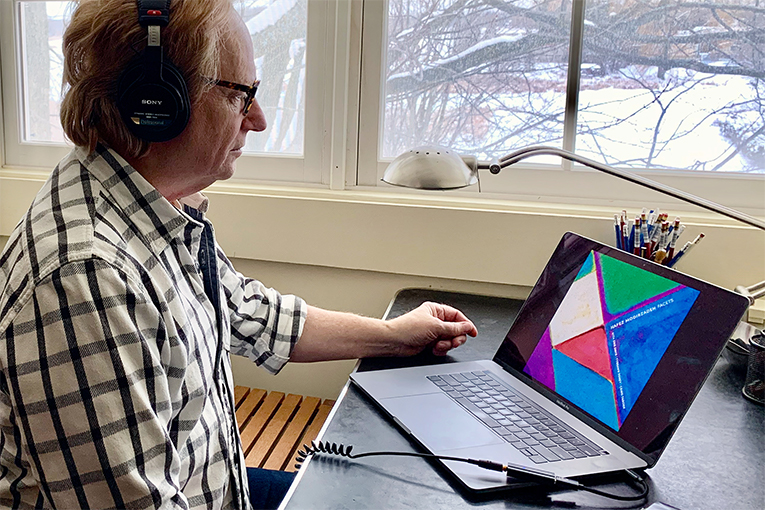 Playing tenor saxophone, Modirzadeh—a 58-year-old North Carolina native who teaches creative and world music at San Francisco State University—is also able to play microtones not typically notated in Western music. Much lauded for his research work, Modirzadeh has long been viewed as a worthy successor to the late Joe Maneri, a pioneer of microtonal music with Western reed instruments.

As another leading contemporary pianist, Vijay Iyer, writes in the liner notes for Facets, “In addition to the [eight] affected tones, such a transformation radically remaps all of [the piano’s] inner resonances.”

The result, then, is not simply the appearance of notes that bring critic Whitney Balliett’s definition of jazz as “the sound of surprise” to life, but also chiming or colliding combinations and overtones that ring like temple bells.

With the exception of four numbers over four minutes long, the 18 performances are short pieces that are split evenly between the three pianists. Modirzadeh plays sax on ten of the tracks. A dozen pieces were recorded at a studio in Brooklyn, and the remainder at The Jazz Gallery in Midtown Manhattan or Firehouse 12 in New Haven, Connecticut.

Facets is an intense, intriguing listening experience, so to explore it as deeply as possible I used the Clarus Cable Coda USB DAC with headphone amplifier ($300, all prices in USD) with my own Sony MDR-7506 headphones ($89.99). 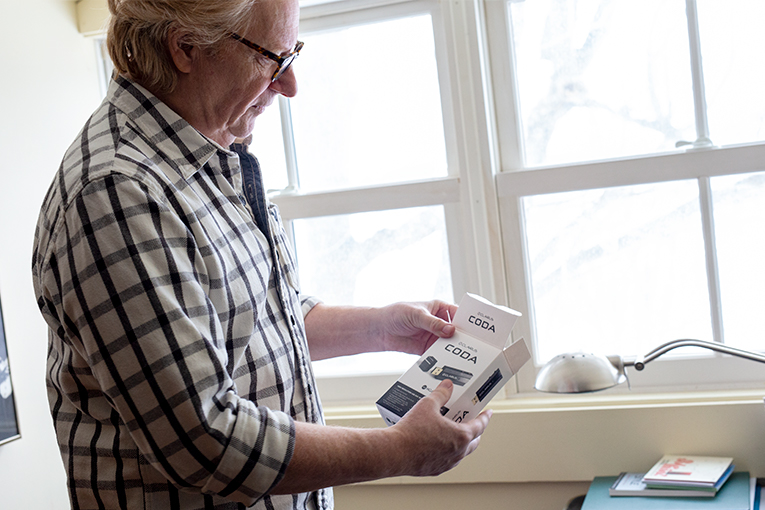 The Coda is a rugged-feeling, 4″-long aluminum box with a USB Type-A male connector on one end and a 1/8″ stereo jack on the other. There are small (too small, in my opinion) buttons on one edge to raise or lower the volume, and they serve the dual purpose of adjusting the digital filters. An inset LED indicates whether standard resolution (≤48kHz), high resolution (>48kHz), or Master Quality Authenticated (MQA) has been selected. A USB-A-to-USB-C adapter cable is included, so I had no problem plugging it into my 2019 MacBook Pro.

What did stump me was that it’s necessary to plug the headphone jack into the Coda before inserting it into the computer’s USB port; otherwise, the option to choose that output won’t appear in the Mac’s System Preferences. However, Clarus’s customer support came through with remarkable speed when I posed the problem—without identifying myself as a reviewer. It turns out that this detail is mentioned in the user manual; it’s just buried on page 14. 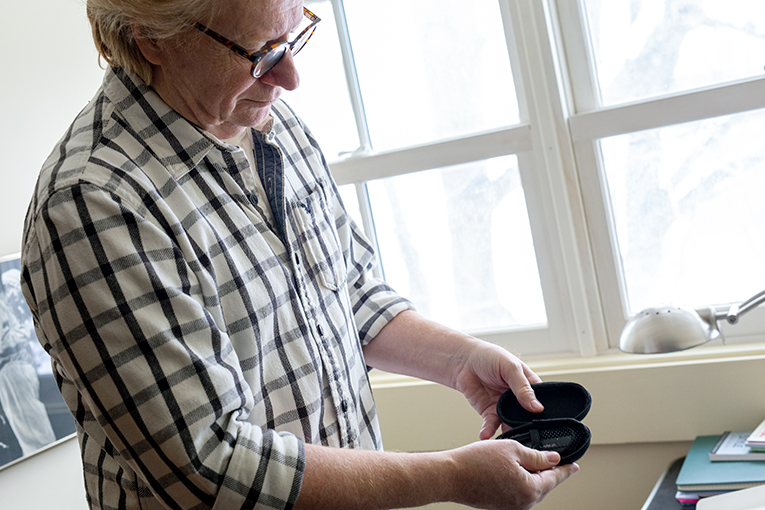 Once I cleared that hurdle, I hit Play on the first track of Facets—a two-minute solo improvisation by Taborn—and clicked through the digital filters. Matching the filter to the 24/48 rate was obvious to my ear.

The Coda can handle file resolutions up to 32-bit/384kHz PCM and DSD128. Its DAC chipset is an ESS Technology Sabre Pro Series with HyperStream II architecture, while its headphone amplifier is a class-G design with ultralow power consumption that’s been optimized for mobile use. The interface is also compatible with Apple iOS, Windows 7–10, and Android.

From the introductory solo improvisation, there’s no questioning Iyer’s observation. As Taborn plays, the alternate tuning creates tonal interactions and overtones that seem odd to the Western-trained ear. The difference becomes even more evident on the duet between Modirzadeh and Sorey on “Facet 29 Night,” with novel harmonics appearing around the sustained, ringing notes and chords. Deeper into the album, Sorey’s solo improvisation emphasizes the contrast between the altered notes in the fourth and fifth octaves and a series of assertive bass runs. On the aforementioned mash-up of the two Monk tunes by Davis there’s a spectral patina on the “expected” notes, and Davis’s reinterpretation alters the usual narrative of the compositions.

On each of these performances the Coda rendered the piano in superb detail, and where Modirzadeh adds his tenor saxophone the sound was multifaceted—from his breath over the instrument’s reed, his fingers on its keys, the pads on the tone holes, and the notes themselves.

To take the full measure of what the Coda does, I disconnected my headphones and jacked them straight into my laptop’s audio output. Apple is notoriously shy about posting the actual specs of the MacBook Pro’s DAC, but singer Neil Young once opined: “It’s a piece of crap. Are you kidding? That’s Fisher-Price quality. . . . A MacBook Pro? What are you talking about? You can’t get anything out of that thing. The only way you can get it out is if you put it in. And if you put it in, you can’t get it out because the DAC is no good in the MacBook Pro.”

Young used kinder words in his diatribe about Southern Man, and he may indeed exaggerate, but it’s certainly true that the Apple DAC doesn’t match up to the Coda’s. Using “Dawn Facet” for an A/B comparison, the luminescence of Modirzadeh’s sax and Sorey’s piano fell away with the built-in Apple DAC. The sound appeared constrained, with a flatter top end and a muffled aspect overall.

That drop-off in quality was so precipitous that I immediately began wondering how much the Coda could reveal in a truly high-definition recording of other performances as transcendent as Facets.

Morrison—who rose to prominence as the lead singer of Them—was still a pop singer under contract to Bang Records when he began to develop the material for his second solo album. Even now, more than 50 years later, his concept seems illogical; impossible to bring successfully to fruition in the studio. With his Bang deal in limbo because of the sudden death of label head Bert Berns and some visa issues, Morrison had been working in and around Boston in an acoustic trio. His material was surreal and multifaceted, with shifting perspectives that drew from the writings of James Joyce and existential poetry reaching back as far as the 13th-century Persian mystic, Rumi. Producer Lewis Merenstein had fallen under Morrison’s spell, and he undertook the translation of these rambling club performances into a fully realized album. His best decision on the road to making this a reality was the hiring of jazz bassist Richard Davis, a veteran of bands led by Eric Dolphy, Andrew Hill, and Elvin Jones.

In the studio, Morrison showed the outline of the songs to his musicians on guitar, and then he retreated to an enclosed vocal booth. It fell to Davis to determine the texture and direction of the songs.

With Davis as the improvising anchor, and seven other musicians contributing, Morrison delivered vocal performances that defy easy categorization: part incantation, part soul, part Irish folk. Later, some strings were added to all but one of the eight songs; yet, even with so many instruments present, you would not be wrong to call Astral Weeks spare, so dominant are Morrison’s voice, Davis’s bass, and Jay Berliner’s guitar. It’s a recording designed for close listening.

The Coda revealed detail I’d never noticed—most notably, the various percussion techniques used by Connie Kay, another of the jazz veterans on the album. The soundstage seemed remarkably large on all the tracks, particularly for such an intimate-seeming recording. As loud and present as Morrison’s voice sounded, every other instrument got a lot of sonic real estate. Even the strings found a discrete space when they entered. 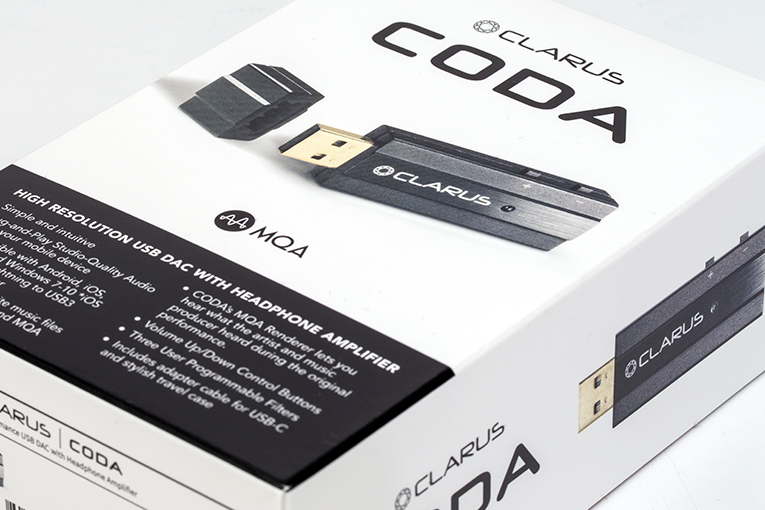 On removing the Coda and reverting to the built-in Apple DAC, Morrison’s voice kept its sawtooth edge, but Davis’s bass did lose some of its resonance on “Beside You.” On the upbeat “Sweet Thing,” the bass held its dominance but whatever metallic implement Kay was wielding lost clarity. In short, while the hi-rez FLAC file is already a remarkable improvement over the original LP I have in my collection, the Coda opened it up even more.

For detailed explorations of knotty recordings like Facets and Astral Weeks, this DAC is an impressive tool.

Note: for the full suite of measurements for the Clarus Cable Coda DAC-preamplifier from the SoundStage! Audio Electronics Lab, click this link.