Beyerdynamic Amiron Home headphones measurements can be found by clicking this link.

The Beyerdynamic Amiron Home headphones represent a welcome reaction against recent trends in high-end headphones. In my opinion, many high-end headphones focus on making a dramatic first impression rather than offering a pleasant experience over the long term. Many are heavy, which might not bother the listener in a quick demo but could make the ’phones exhausting to wear for an hour. Some use uncomfortably strong clamping force to achieve a firm seal around the ear. Many are unnaturally trebly, which, in the short term, gives the impression of extra detail and spaciousness but often proves fatiguing in longer listening sessions.

These reasons are why, for long listening sessions, such as bingeing on TV shows from Amazon Prime or listening to music while I’m doing my accounting, I usually grab my Audio-Technica ATH-900X headphones. They weigh about the same as a typical set of mass-market ’phones, and their light clamping force and pleasing tonal balance have made it easy for me to comfortably sit though many four-hour marathons of Battlestar Galactica and Silicon Valley. 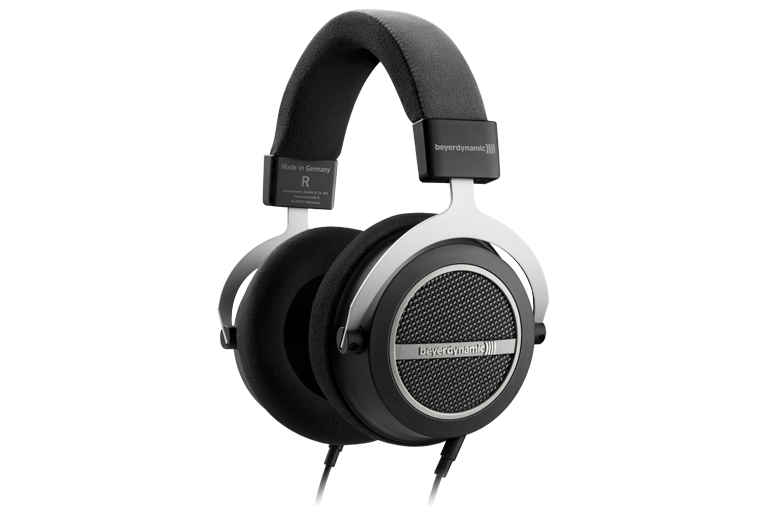 Beyerdynamic designed the Amiron Homes ($599 USD) along the same lines. By my scale, they weigh 12.3 ounces, not much more than the ATH-900Xes’ 9.5 ounces or the NAD Viso HP50s’ 9 ounces, and very close to the HiFiMan’s HE400Ses’ 13 ounces. The Amiron Homes’ earpads are plush, their clamping force light.

The “Home” in this model’s name is an apt descriptor, because the Amirons’ 250-ohm impedance -- compared with the 32 ohms of most headphones -- will make them a challenge for mass-market portable devices to drive comfortably. They’re also an open-back design, which means they’ll provide little isolation from environmental noise and the voices of talkative family members.

According to Beyerdynamic’s Pete Carini, the Amiron Homes are voiced for long-term listening, with no harsh peaks, and none of the treble-heavy bias heard from so many high-end headphones. When he told me about them, at last October’s Rocky Mountain Audio Fest, I insisted he send me a review sample ASAP.

The “Home” orientation of the Amiron Homes is made even more clear when you read the accessories list. They come with a semi-hardshell carrying case that’s too large to fit comfortably into most suitcases, and way too fat to fit in a laptop bag. The detachable cable is 9.84’ (3m) long, which makes it convenient for plugging into a receiver sitting on an equipment rack, but cumbersome to handle on an airplane or public transit. The cable is tipped with a portable-friendly 3.5mm plug, but has a threaded 6.2mm adapter that works better with most home audio gear. 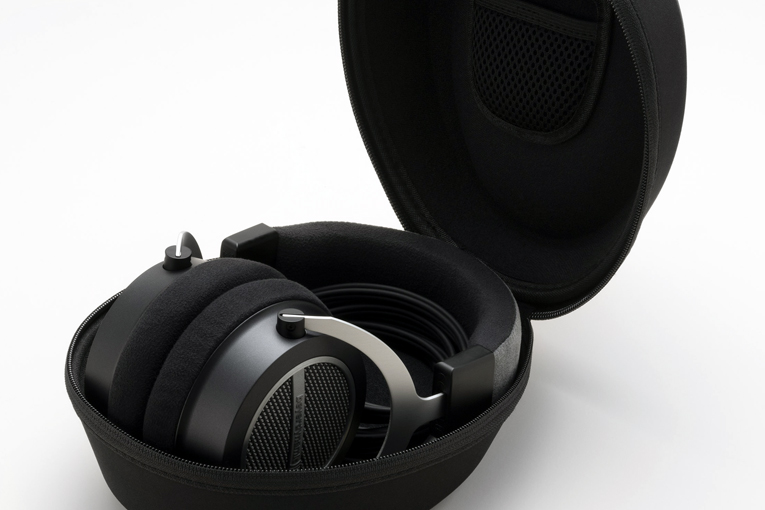 The Amiron Homes are among the most comfortable headphones I’ve ever worn -- in the same league as AudioQuest’s NightHawks. Their weight is negligible, the clamping force is light, the earpads didn’t itch, and the baffles didn’t rub against my ears.

After doing some initial, casual listening using a Classé CP-800 DAC-preamp-headphone amp, I thought I’d plug the Amiron Homes into my Samsung Galaxy S6 phone and play some tunes from Spotify. This didn’t turn out to be a great idea. The phone’s internal headphone amp was able to drive the Amirons to a fairly satisfying listening level, but it wasn’t powerful enough to get any low-frequency power or dynamics. Thus, the sound thinned out somewhat, and the weaker bass had the subjective effect of making the treble sound a bit coarse. So if you want to use the Amiron Homes for occasional casual listening from a portable device, you can, but you’d be better off getting headphones designed for that purpose, or an add-on DAC-amp like AudioQuest’s DragonFly Black or Red. 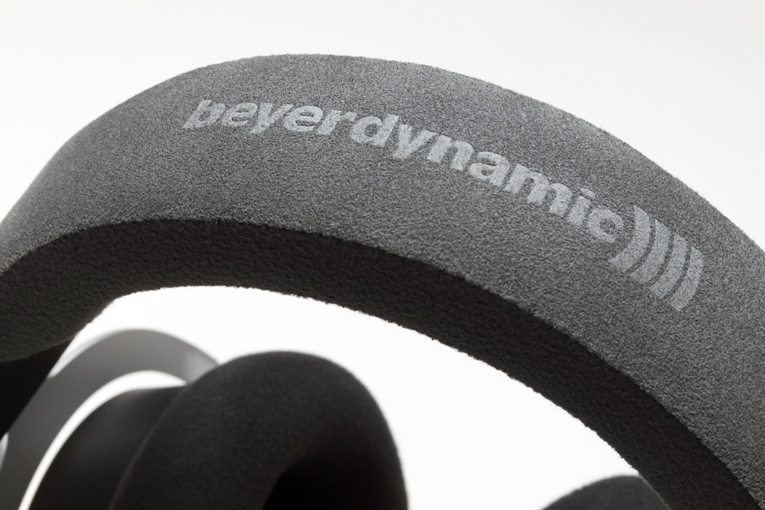 I compared the Amiron Homes with two other mid-three-figures headphones I had on hand: the HiFiMan HE400Ses ($299) and the Oppo Digital PM-2s ($699), both comfortable, good-sounding models at not-too-crazy prices. I thought the Amirons were the most comfortable. The PM-2s were comparably comfortable and light, but their relatively shallow (though much more portable) design makes their driver baffles rub lightly against my ears. The HE400Ses are definitely above average in comfort, but felt a little heavier than the Beyerdynamics and clamped my head tighter.

Dwight Yoakam’s bluegrass version of his hit “Guitars, Cadillacs,” from his recent album Swimmin’ Pools, Movie Stars . . . (320kbps Ogg Vorbis/Spotify, Via), provides a good test for treble response in headphones because it’s packed with acoustic stringed instruments. Although I’d first heard this album only days before, I could tell right away that the Amiron Homes had a generally neutral sound with what sounded like a subtle emphasis in the mid-treble somewhere between 5 and 10kHz. This didn’t make the headphones sound bright; it just brought out a little extra twang in the top strings of the guitar and mandolin. I thought the sound was surprisingly like that of the HE400Ses, with just that little bit of extra mid-treble energy, and slightly smoother in the midrange and lower treble. The PM-2s sounded smoother and flatter overall, without the subtle extra zip of the Amirons. 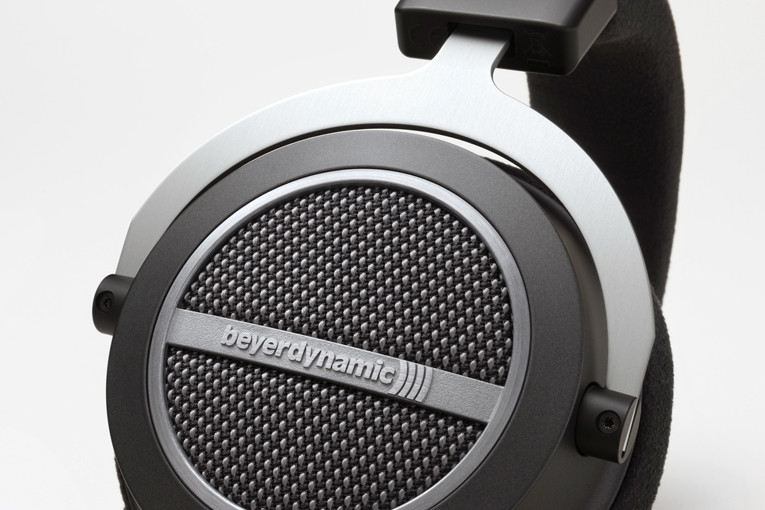 When I played Frank Sinatra’s definitive (to my mind, anyway) version of “Have You Met Miss Jones?,” from his Swing Along With Me (16-bit/44.1kHz WAV, Reprise), through the Amiron Homes, the sound seemed pretty close to perfect. Of course, the most important thing here is Sinatra’s voice, which the Beyerdynamics reproduced with a neutral tone and great midrange clarity, making every word easy to understand and every subtle inflection easy to hear. The bass also impressed me, striking that perfect yet elusive balance between satisfying, fat groove and tight pitch definition. The midrange clarity also highlighted the to-the-millisecond timing and hard swing of the horn section’s accents between Sinatra’s sung lines. The one place in this recording that the Amirons’ sound didn’t perfectly suit was when the full horn section enters after Sinatra’s first run-through of the lyric; with so many horns playing loudly, the Amiron Homes got just a little bright for my taste. 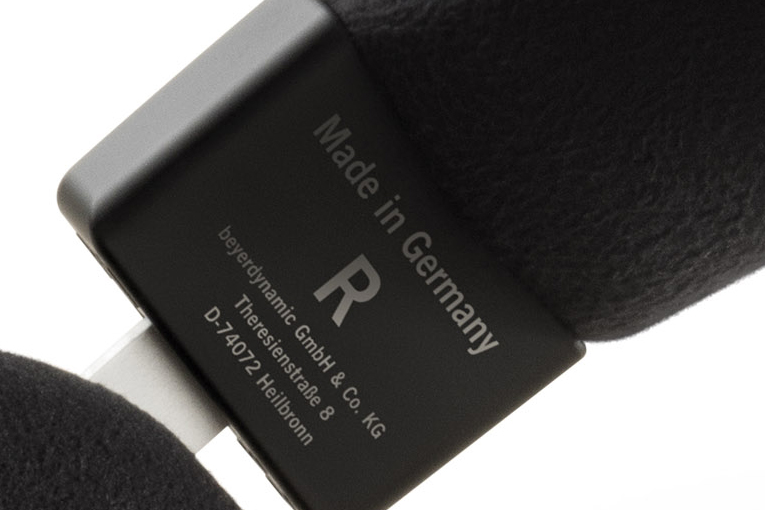 “Lift Me Up,” from Five Finger Death Punch’s The Wrong Side of Heaven and the Righteous Side of Hell, Vol.1 (320kbps Ogg Vorbis/Spotify, Prospect Park), isn’t something I’d normally want to hear through audiophile headphones, but when I listened to it through the Amiron Homes I couldn’t help but crank it up. Although this mix presents a dense wall of sound, the Amiron Homes perfectly brought out all the details in the guitars and drums. Often, it takes a lot of treble boost to bring out the subtleties in such a recording, but that boost quickly fatigues my ears. Somehow, the Amirons were able to reveal all the details without sounding bright. In comparison, the HE400Ses sounded a little less clear in the treble, and the PM-2s seemed less defined in the bass and less clear in the treble.

“Clarity is what these are all about,” I wrote in my notes as I listened to “Gardening at Night,” from R.E.M.’s Chronic Town (256kbps MP3, A&M). This crudely recorded EP, the group’s very first release, was made in a low-rent studio with a 16-track tape deck that had seen better days, yet the Amirons extracted from it every last bit of detail, and made every instrument and voice easy to distinguish. They caught the twang of the big, jangly guitar tracks, the precisely plucked notes of the Rickenbacker 4001 bass, and even made the fabled mumbling of singer Michael Stipe relatively easy to understand. 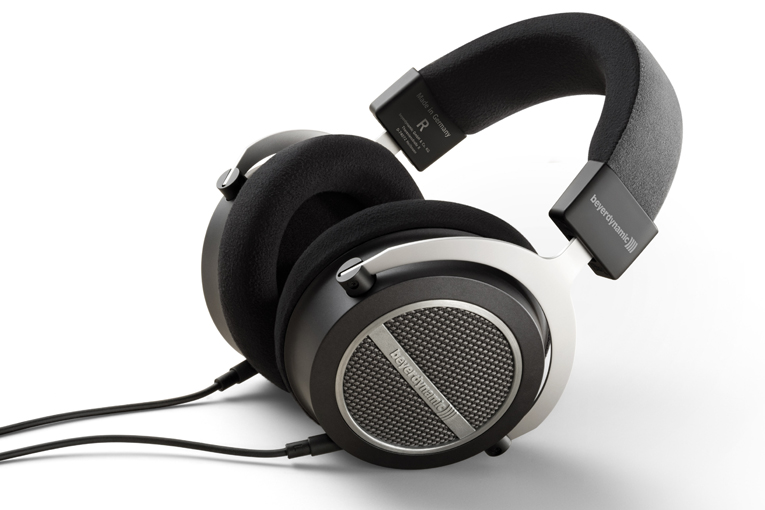 That clarity also seemed to enhance the sense of space on many recordings, including Brazilian singer Bebel Gilberto’s version of the Cole Porter classic “Night and Day,” from her Momento (16/44.1 WAV, Crammed Discs). This recording is much in line with the name of its issuing label -- it’s crammed with subtle little percussion sounds, apparently treated with different amounts of reverb to create a sense of space and depth. The Amirons’ smooth midrange and lower treble retained a lifelike sound with these instruments, and their subtle mid-treble emphasis brought the percussion out in the mix and made the sound more spacious.

The comfort of the Amiron Homes is as good as it gets. The clarity of their sound is exceptional. There’s a little extra juice in the mid-treble, a characteristic I think most audiophiles will welcome, though I know that fans of the much softer-sounding AudioQuest NightHawks will demur. Some audiophiles might want something more portable and easier to drive with portable devices, in which case Oppo Digital’s PM-2s are the right choice. But all things considered, if someone asked me to recommend headphones that they could listen to at home for hours without discomfort or fatigue, Beyerdynamic’s Amiron Homes would be the first to come to mind.