Focal Spirit Classic measurements can be found by clicking this link. 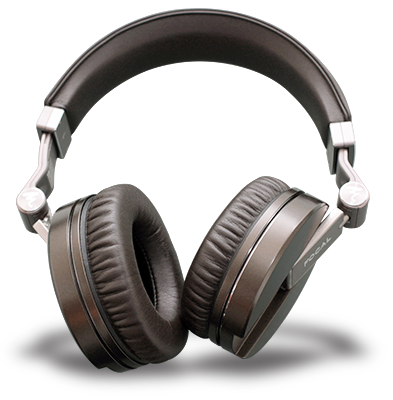 The French company Focal may be best known to audiophiles on this side of the pond for their flagship Utopia line of loudspeakers, formerly sold under the JMlab brand -- but this large hi-fi company has, for decades, been manufacturing a full range of loudspeakers, from the very affordable to the ultra expensive.

While continuing to serve its core market of speakers for two-channel and home-theater systems, Focal has more recently embraced small desktop speaker systems and headphones. Their first headphone model, the Spirit One ($279.99 USD), is a compact, sound-isolating design with a warmish sound, and some extra bass to compete with ambient noise. In late 2013, Focal introduced two new headphones: The Spirit Professional ($349) is built to take the abuse of the pro-audio world and render a flat, detailed sound, while the subject of this review, the Spirit Classic ($399), was designed both ergonomically and sonically for audiophile listening at home.

Of the many traditional hi-fi companies jumping into the headphone arena, Focal is one of the few -- along with Bowers & Wilkins and PSB -- to do all of the design and engineering themselves, rather than slapping their logo on someone else’s product.

The 40mm diaphragms of the Spirit Classics’ drivers have been optimized for damping and stiffness and are thinner, with subsequently less mass, than the norm: 86mg instead of the market average of 110mg, according to Focal’s product literature. All else being equal, a lighter diaphragm can respond more quickly and accurately to the audio signal. The Spirit One’s baffle has been redesigned to improve high-frequency smoothness and linearity as well as give slightly higher output above 2kHz.

The Spirit Classics’ claimed nominal impedance is 32 ohms with a 102dB output at 1mW, which suggests that portable players should find them easy to drive. I had good results with an Apple iPod Touch 5 and the headphone output of my Mel Audio Rechav CD player, but still noticed some additional benefit when I plugged the Focals into my usual DAC-headphone amp, a Grace Design m902. Other specifications are a frequency response of 5Hz-22kHz and total harmonic distortion of 0.3% at 1kHz at 100dB SPL, the latter figure unusual to see on headphone spec sheets. 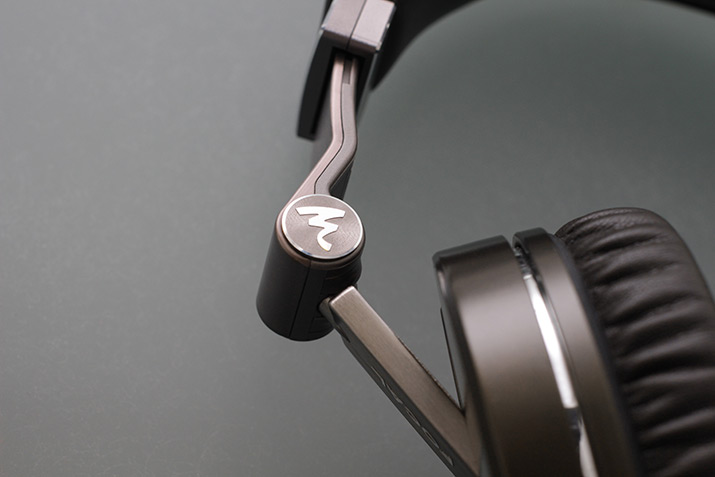 The Spirit Classics’ oval earcups are a shiny bronze color with a wide metal strip running up the center. A second metal piece allows for tilting in the vertical plane where it connects to the earcup, and pivoting from front to back where it runs into a sturdy plastic hinge. This hinge permits the earcups to be folded up into the headband for fairly compact transport. The cup assemblies slide in and out of the headband with many soft detents that moved easily when I wanted them to, but otherwise seemed to stay in place. The connecting bands are metal over plastic, but I’m not sure whether the metal is there merely for aesthetic reasons or to also provide some reinforcement. The headband and earpads are made of supple protein leather over memory foam, and together provide a moderately strong clamping force to achieve good wearing comfort and better-than-average isolation. The Spirit Classics are advertised as circumaural headphones, but the cups’ opening, measuring only 1.5” x 0.9”, will be a tight fit for many ears. My medium-size ears didn’t fit entirely within the openings, whereas they do with the headphones from B&W, NAD, and PSB. 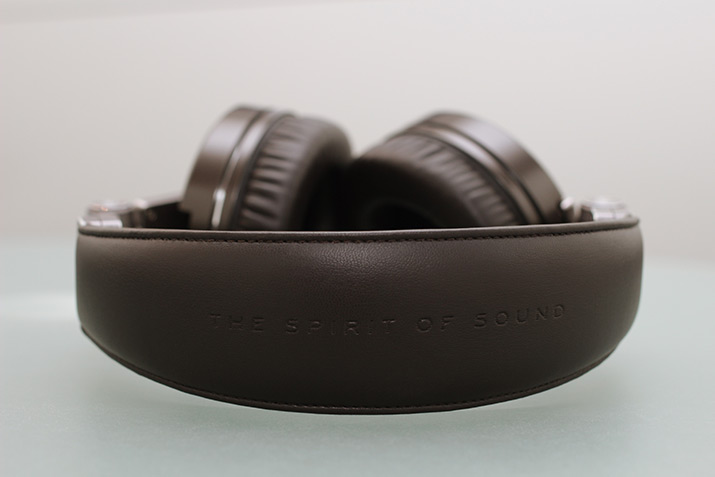 The Spirit Classics come with a 55” cable with microphone and single-button remote for use with portable devices, and a much thicker, 13’-long cable for use at home -- a nice option that I wish were included more often. Connection to the headphones is by way of a standard 1/8” stereo plug on the left earcup, and the 1/8” plugs at the other end of each cable have threads for the included 1/4” screw-on adapter; an airplane adapter is also provided. Also in the box is a velvety drawstring bag for carriage.

The first thing I noticed about the Spirit Classics, and something that continued to impress me throughout the review period, was their vivid reproduction of voices. In “Sister Rosetta Goes Before Us,” from Alison Krauss and Robert Plant’s Raising Sand (24-bit/96kHz FLAC, Rounder/HDtracks), they went beyond conveying the sweet tone of Krauss’s voice to accurately render the breathiness that accompanies it. The Focals’ clarity also faithfully represented all of the gravelliness of Leonard Cohen’s voice in “Bird on the Wire,” from Songs from the Road (16/44.1 FLAC, Columbia) -- most headphones gloss over such details. Distantly miked singers were equally well served. Anne Sofie von Otter’s mezzo-soprano in her A Summer’s Day: Swedish Romantic Songs, with pianist Bengt Forsberg (24/88.2 FLAC, BIS/eclassical), had body, presence, and clear diction, without any overemphasis of sibilance; and, from the same collection, Fredrik Zetterström’s baritone in Adolf Fredrik Lindblad’s “Frieriet” was deep and rich, with just a little extra fullness. 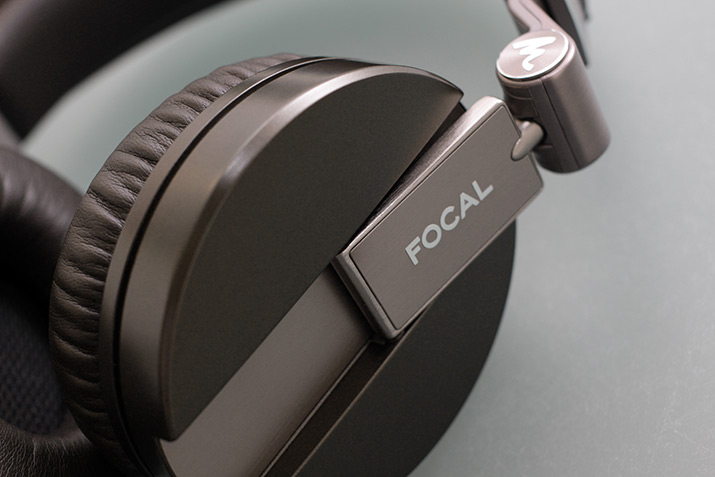 Nor were the Spirit Classics accomplished only in the vocal range. Though leaning to the warm side, they gave a good accounting of the diverse instrumental timbres in Peter Breiner’s orchestration of Mussorgsky’s Pictures at an Exhibition, as performed by the New Zealand Symphony Orchestra with Breiner conducting (24/96 FLAC, Naxos/HDtracks). Enough of the violins’ upper-harmonic information was intact to let them sing without ever sounding wiry, the brass were brassy without crossing into stridency, and each woodwind instrument displayed its unique combination of reed and body. Breiner relies much more heavily on the percussion section when weaving his sonic tapestry than does Ravel in his often-performed orchestration, and the Spirit Classics depicted the warm, woody sound of the xylophone, the chime of the glockenspiel, and the shimmering ring of the triangle. As with the singers cited in the previous paragraph, the Spirit Classics didn’t only balance the frequencies in relation to each other, they also preserved the texture of each instrument -- the subtle scrape of bow across strings, the buzz of reed, the striking of stick against percussion instrument -- to a far greater degree than most headphones in their class. 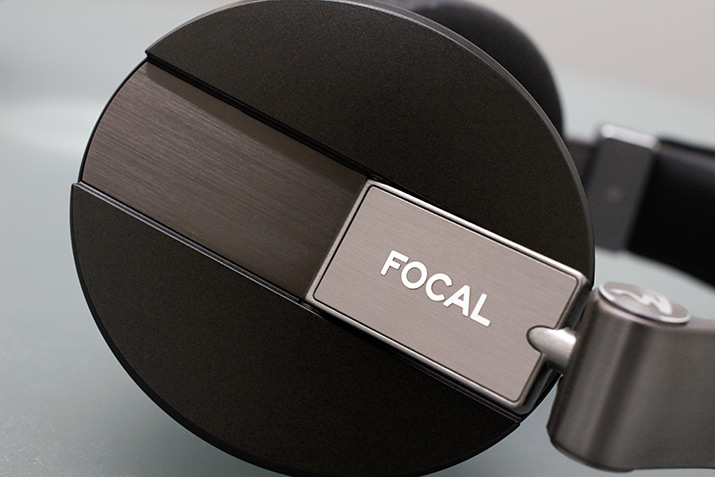 The Mussorgsky also showed off the Spirit Classics’ low-end prowess. Not only were the timpani rolls powerful, but the Spirit Classics delivered exceptional depth and impact from the very large bass drum. When the low percussion weren’t playing, the growl of the double basses contributed the necessary foundation. Switching genres, the Spirit Classics were very much at home pumping out the dance beats of Daft Punk’s Random Access Memories, and clearly distinguished between the tighter, drier, bass of the Columbia CD and the broader, fuller, sound of the 24/88.2 Édition Studio Masters version.

The Oscar Peterson Trio’s Night Train (24/96 FLAC, Verve/HDtracks) showed that the Spirit Classics’ bass didn’t stop with power and drive. Each note Ray Brown plucked on his double bass had a defined pitch, and the Focals were sufficiently well damped to prevent any boom or overhang that would muddy the rhythm. Notes that made up the walking-bass lines were reasonably even in volume, with just a little extra weight at the bottom of the instrument’s range, suggesting a smooth frequency response and little in the way of resonances. Listening to test tones confirmed these impressions: The Spirit Classics’ bass was warm and full without dominating the rest of the audioband. 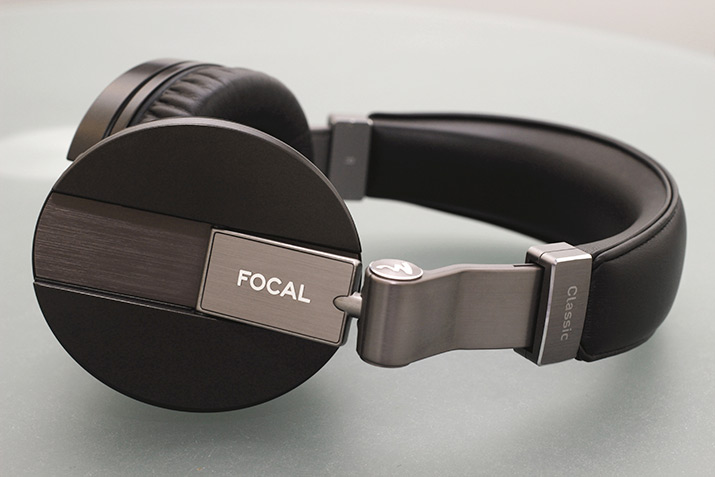 The title track of Night Train is all about contrasts in volume -- the back-and-forth in intensity of the first chorus, the accents in the second, the crescendo in the last -- and the Focals tracked those changes to keep the music interesting and engaging. They handled larger-scale dynamics with equal aplomb. When I listened to a recording of Schubert’s Symphony No.6 by the Swedish Chamber Orchestra conducted by Thomas Dausgaard (24/96 FLAC, BIS/eclassical), the Spirit Classics could reproduce the medium and soft parts in the strings and woodwinds sufficiently loudly that I could hear all the details, with plenty of headroom left over for the accents from brass and timpani. They also scaled well with the huge crescendo at the end of The Great Gate of Kiev, from Pictures. If listening to rock music at high volume is more your thing, rest assured that your ears will compress long before the Focals will.

During the listening period I had in-house two likely competitors to the Focal Spirit Classics: the NAD Viso HP50 ($299) and Bowers & Wilkins P7 ($399) headphones. All three models are great closed-back cans, but each sounds different from the others. The Spirit Classics and HP50s have subjectively smooth frequency-response curves and close to neutral tonal balances. As stated above, the Focals were just a little warm and laid-back, while the NADs are slightly forward in the upper midrange. That difference gave voices and similarly pitched instruments more presence through the NADs than through the Focals. Even so, those voices couldn’t match the clarity and texture I heard through the Spirit Classics. Clarity is also one of the strengths of the B&W P7s, though in their case it’s accompanied by a noticeable emphasis in the treble. That extra high-frequency energy made cymbals and triangles sound more metallic through the P7s than through the Spirit Classics, but the B&Ws’ accentuated highs could be a liability with overly hot recordings.

I’ve praised the Spirit Classics’ bass, but the P7s’ low end goes deeper, punches harder, and breathes more freely. That made the B&Ws seem the more dynamic transducers for any music with big bass drums or electronic beats. On the downside, the P7s’ low-end response is strongest in the 40-80Hz region, which sometimes resulted in extra boom. The HP50s’ bass is commendably linear and articulate, but lower in level than that of the Spirit Classics or the P7s. Given the market’s -- even the audiophile market’s -- preference for strong bass, the NADs’ bottom end might not be enough for everyone.

Finally, the Focals created smaller images than the NAD or B&W headphones, but with a greater, more explicit sense of depth. When I reviewed the Audio Fidelity vinyl release of Sade’s Diamond Life, I rounded up a number of CD editions to compare with it. In one, the real origin of which I wasn’t able to trace, Sade Adu’s voice in “Smooth Operator” transitions from being close up during the spoken intro to farther back and more reverberant for the rest of the song; the distinction was most apparent through the Spirit Classics. In the Mussorgsky recording, the NAD HP50s and B&W P7s placed the percussion instruments at the back, but the Spirit Classics laid bare more layers in the orchestra, which created better senses of dimensionality and of being immersed in an actual acoustic environment.

Though many traditional hi-fi companies have released headphones over the past few years, Focal, with the Spirit Classics, is one of the few to target the home head-fi market. Yes, the Spirit Classics are lightweight and handsome enough to be taken out and about, and they’ll deliver a good listening experience when powered by a portable player, but it isn’t only the inclusion of a properly long cord that makes them suitable for home use. The combination of cushy earpads and multiple axes of adjustment encourage long listening sessions.

Then there’s the sound. The Focals’ bass is rich and full, while remaining even and controlled. Their midrange is palpable without being pushed forward. Though lacking the last bit of air and sparkle, the Spirit Classics’ treble is silky smooth -- making possible the enjoyment of a wide range of genres and recording qualities. Where the Spirit Classics step ahead of most of their competition is in the exceptional clarity with which they reproduce the textures of voices and instruments, and their excellent dynamic contrasts. With that combination of strengths, any audiophile looking for closed-back headphones should audition Focal’s Spirit Classics.