H118 measurements can be found by clicking this link. 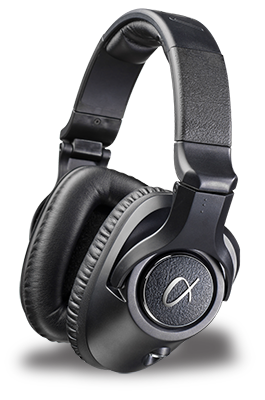 Furutech is best known as a manufacturer of high-quality audio accessories, from power outlets to line conditioners to interconnects to connectors. A few years ago, the Japanese company launched its Alpha Design Labs brand to offer many of their signal-transmission technologies at lower cost. ADL’s products are focused on the desktop-and-headphones environment, and include a few models each of DACs, headphone amplifiers, and connection cables. The H118 is their first headphone model ($269 USD).

The H118s are closed-back headphones with earcups just big enough to be considered circumaural. Part of what keeps the earcups small is that they’re in the shape of a rounded triangle rather than a circle or oval; they’re also fairly shallow. My average-size ears fit completely within the openings, but without much extra space. Each earcup is mounted on a plastic yoke that moves in and out of the headband with click-stops, and they fold up on hinges for more compact transport and storage in the included, semirigid, zippered case. The earcups pivot from top to bottom, but not from front to back. Soft leatherette padding on the earcups and headband, combined with the H118s’ modest, 245gm weight, make for a fairly comfortable wearing experience. I did, however, find the clamping pressure sufficient to require a break after a couple hours’ use. Though it feels acceptably robust, the H118s’ matte-black plastic construction looks rather utilitarian.

The H118s have 40mm drivers with cryogenically treated neodymium magnets. The copper-clad, aluminum-alloy voice coil promotes fast transient response, and a ring between the voice coil and diaphragm is claimed to keep high frequencies in phase. With a nominal impedance of 68 ohms and a sensitivity of 98dB at 1mW, the H118s should be able to be driven to satisfying levels directly from most portable players, but will likely sound more dynamic with a dedicated headphone amp. The inclusion of a 3m cord also suggests home use. As one might expect from Furutech, the cable looks to be of exceptional quality. It connects to the left earcup’s nonmagnetic, rhodium-plated socket by means of a locking mini XLR plug at one end, and sports a gold-plated, 1/8” stereo jack at the other; a screw-on 1/4” adapter is included. Other cables -- in different lengths and with rhodium-plated, cryogenically treated conductors -- are available from ADL.

ADL’s webpage for the H118s asks the rhetorical question “What could possibly be more intimate than listening to music through headphones?” Indeed, intimate is a great word to describe the H118s’ performance. Sounds were completely divorced from the drivers. Instead, images were projected within and immediately around my head, and when I closed my eyes, those images coalesced into a seamless aural event. Close-miked voices and instruments were especially big, bold, and palpable. Furthering the sense of intimacy, small details -- the sliding of fingers along guitar strings, the subtle noises made by a vocalist’s mouth before the singing begins -- were as audible as if I’d been standing at the microphone’s position. But it wasn’t only the details from closely miked sources that were preserved. Listening to The Golden Age of the Cornet, with soloist Ole Edvard Antonsen accompanied by Ingar Bergby leading the Royal Norwegian Navy Band (16-bit/44.1kHz FLAC, BIS/eclassical), I clearly heard the echoes of the cornet’s notes dying away into the reverberant acoustic of the Vang Church, in Hedmark, Norway.

The H118s weren’t adept at only the little things; they handled macrodynamics with equal aplomb. The first movement of Schubert’s Symphony No.6 constantly shifts in volume. When I was listening to Thomas Dausgaard’s recording of it with the Swedish Chamber Orchestra (24/96 FLAC, BIS/eclassical), I had the volume set at a moderate level, and was very happy with the dynamic contrasts the H118s could deliver. The second movement begins lightly with just woodwinds and strings, so I turned up the level a bit -- and 2:25 later, the entrance of the brass and timpani really made me jump. Most impressive was that the H118s delivered that accent as cleanly and clearly as everything that had come before.

Turning to frequency response, the H118s had a startlingly clear and present upper midrange that particularly complemented female voices. Alison Krauss’s voice on “Sister Rosetta Goes Before You,” from Raising Sand, her album with Robert Plant (24/96 FLAC, Rounder/HDtracks), was pure and natural. Not only did the H118s preserve Krauss’s unique combination of tone and breathiness, they also communicated the subtle shifts in volume with which she shapes each phrase, and her intakes of breath between them. Eva Cassidy could sing nearly as sweetly as Krauss, but the bluesier songs in her repertoire require a more pushed, intense sound. Her Live at Blues Alley (CD, Blix Street G2-10046) shows off Cassidy’s range of expression -- often within a single song -- and the H118s tracked the shifts in her voice’s timbre as well as those in volume. They also managed to suppress much of the sibilance that can sometimes be a problem with this recording, while leaving intact the essential character of Cassidy’s voice. 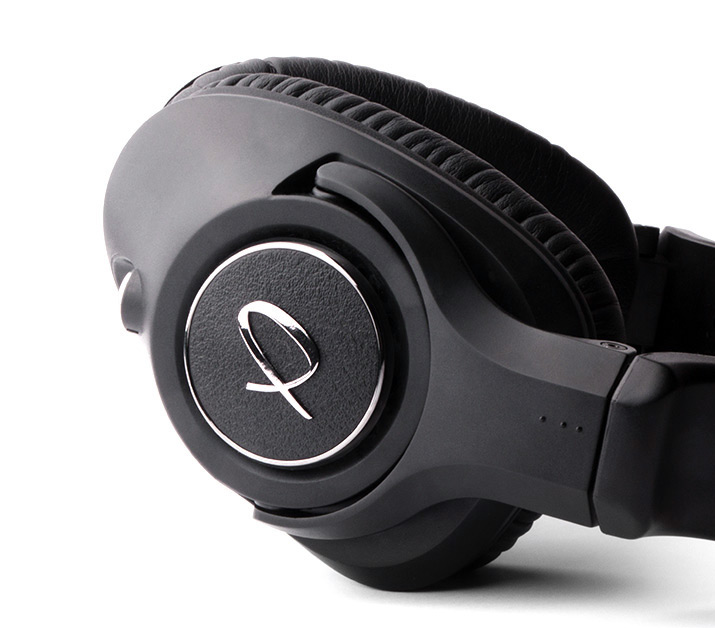 Though it enhanced presence and clarity, the H118s’ emphasis of the upper mids made them a poor match for bright-sounding components. The trumpet call that opens the title track of Billie Holiday’s Lady Sings the Blues (24/96 FLAC, Verve/HDtracks) is supposed to grab your attention. When the H118s were driven by the Miniwatt N4 DAC/headphone amplifier, it did just that, but its sound was at the edge of too brilliant. What was more bothersome was that the N4/H118 pairing drew my attention to the many instances on this album in which Holiday’s voice clips the microphone or microphone preamp. These occurrences were still clearly audible when I drove the H118s with my usual headphone amp, a Grace Design m902, but were less of a distraction.

Related to the way a headphone -- or any audio component -- handles high frequencies is how it renders transients, such as those of plucked strings. Whether those strings were on an acoustic guitar, such as on Eva Cassidy’s Live at Blues Alley or Simply Eva (CD, Blix Street G2-10099), or on dueling mandolins, such as Sam Bush’s and David Grisman’s instruments on their Hold On, We’re Strummin’ (24/88 FLAC, Acoustic Disc/HDtracks), the note attacks were crisp and clean, but lacked the biting edge they can develop when the transducer has a tipped-up top end. Likewise, the individual drumstick strokes of Ali Jackson’s closed hi-hat solo in “What a Little Moonlight Can Do,” from Wynton Marsalis’s live recording with Richard Galliano, From Billie Holiday to Edith Piaf (CD, Rampart Street WME19457-2), were crisp, but not overly so. On the other hand, when Jackson opens up the hi-hat, the sound lacked a bit of the metallic shimmer I know is on this recording.

Most listeners want more bass from their headphones than is strictly neutral, but the line between satisfying bass and too much of it is probably the most subjective part of evaluating a headphone’s sound. The H118s had a considerable bump in the bass and midbass that gave a much fatter sound to electric basses and extra weight to kick drums. “The Need to Be Loved,” from Ola Onabule’s Seven Shades, Lighter (24/48 FLAC, Society of Sound), demonstrated the pros and cons of this bass boost. The song begins at a relaxed tempo in a sparse arrangement for voice, electric piano, and bass. In that context, the elevated low end just makes the sound a little fuller. When the tempo gets faster, the instrumentation more complex, and the bass line funkier, the extra bass was certainly fun, but it dominated the arrangement a bit, and some of the rhythmic intricacies were lost. There was a similar trade-off with symphonic music. The H118s lent extra gravitas to the orchestra, but fast runs in the double basses were obscured.

Unlike some other bass-heavy ’phones -- e.g., the Beats by Dr. Dre Studios -- the H118s’ lower midrange was only minimally affected. To assess this area, I often use Yo-Yo Ma’s first recording of J.S. Bach’s Unaccompanied Cello Suites (CD, CBS Masterworks M2K 37867). The very lowest notes of Ma’s instrument exhibited some extra resonance, but otherwise sounded very much like a cello. Singer-songwriter Christy Moore’s baritone in “So Do I,” from This Is the Day (CD, Sony 503255.2), took on a little more chestiness, but nothing untoward.

There’s no shortage of competition in headphones priced at or near $300, but many offerings emphasize style over sound. One of the models with serious audiophile credibility is PSB’s M4U 1 ($299), the passive-only little brother of the M4U 2, which I reviewed last year, and which sells for $399 and features active (i.e., powered) operation with noise canceling. I didn’t have a pair of M4U 1s on hand, so I compared the ADL H118s with the M4U 2s in the latters’ passive mode.

The PSBs’ earcups are larger than the ADLs’. That, along with the PSBs’ ability to pivot from front to back as well as up and down, makes them more comfortable for a wider variety of users. The downside is that the M4U 2s are a bit bulkier and heavier than the H118s, making them less suitable for wearing while on the move, and more bulky when stored in your bag.

The M4U 2s’ tonal balance is remarkably neutral -- no region of the audioband calls attention to itself, and voices and instruments sound much as they do through a flat-measuring pair of loudspeakers. The PSBs’ bass is extended, clean, and articulate. That helps them resolve the three different double basses on Ray Brown, John Clayton, and Christian McBride’s SuperBass 2 (CD, Telarc 83483), and the timing cues that make this album swing; through the H118s, this disc sounded a bit muddled. Many listeners will, however, gladly trade some of that definition for a fuller bottom end.

There were other differences. Given a recording that preserves the venue’s natural ambience, both sets of headphones could transport me to the hall -- but the PSBs’ images were bigger and more outside my head. With studio recordings, the PSBs placed instruments and voices around me; the ADL s put me right at the mike position. Perhaps because of the H118s’ closer perspective, fine details were often more apparent than through the M4U 2s. The PSBs are also slightly more constrained in macrodynamics, regardless of what amplifier is driving them.

These designs contrast two concepts of how audiophile headphones should sound: The PSB M4U 2s seek to replicate the experience of listening to a good pair of loudspeakers, while the ADL H118s tailor the sound for a more intimate experience.

Portability isn’t the only reason people listen to headphones. Some want to get up close to the performance in a way that loudspeakers just can’t manage. The proximity of the ADL H118s’ drivers to the ears, along with a slight emphasis of the upper midrange, offer just such a perspective, uncovering subtle details and nuances without ever sounding analytical. Their tonal balance is complimentary to most voices, particularly those of women. Though they sacrifice some definition, their bass is rich and full, and rarely intrudes on the rest of the audioband. Driven by a good amplifier -- whether from ADL or anyone else -- they deliver the dynamics that make music come alive. And all of that is wrapped up in a fairly compact, unobtrusive package.